The National Weather Service said Phoenix tied the daily high temperature for Sept. 4. It was 112 degrees. 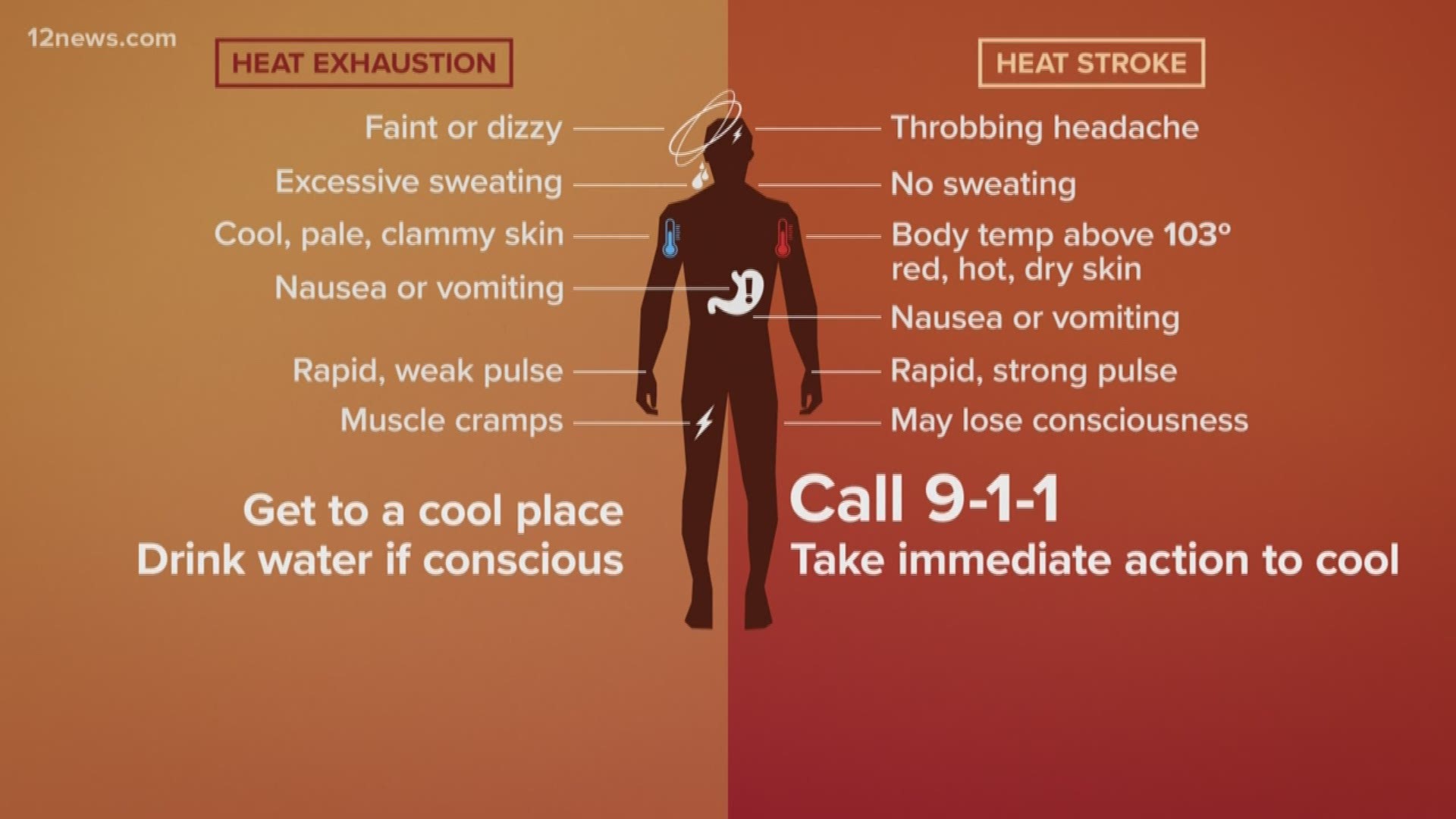 PHOENIX — Editor's note: The above video explains the difference between heat stroke and heat exhaustion.

There could be double-digit highs in the Valley next week, but you couldn't tell that on Wednesday.

Wednesday was also the 28th day that Phoenix recorded a temperature of 110 degrees or higher during 2019, according to the National Weather Service. 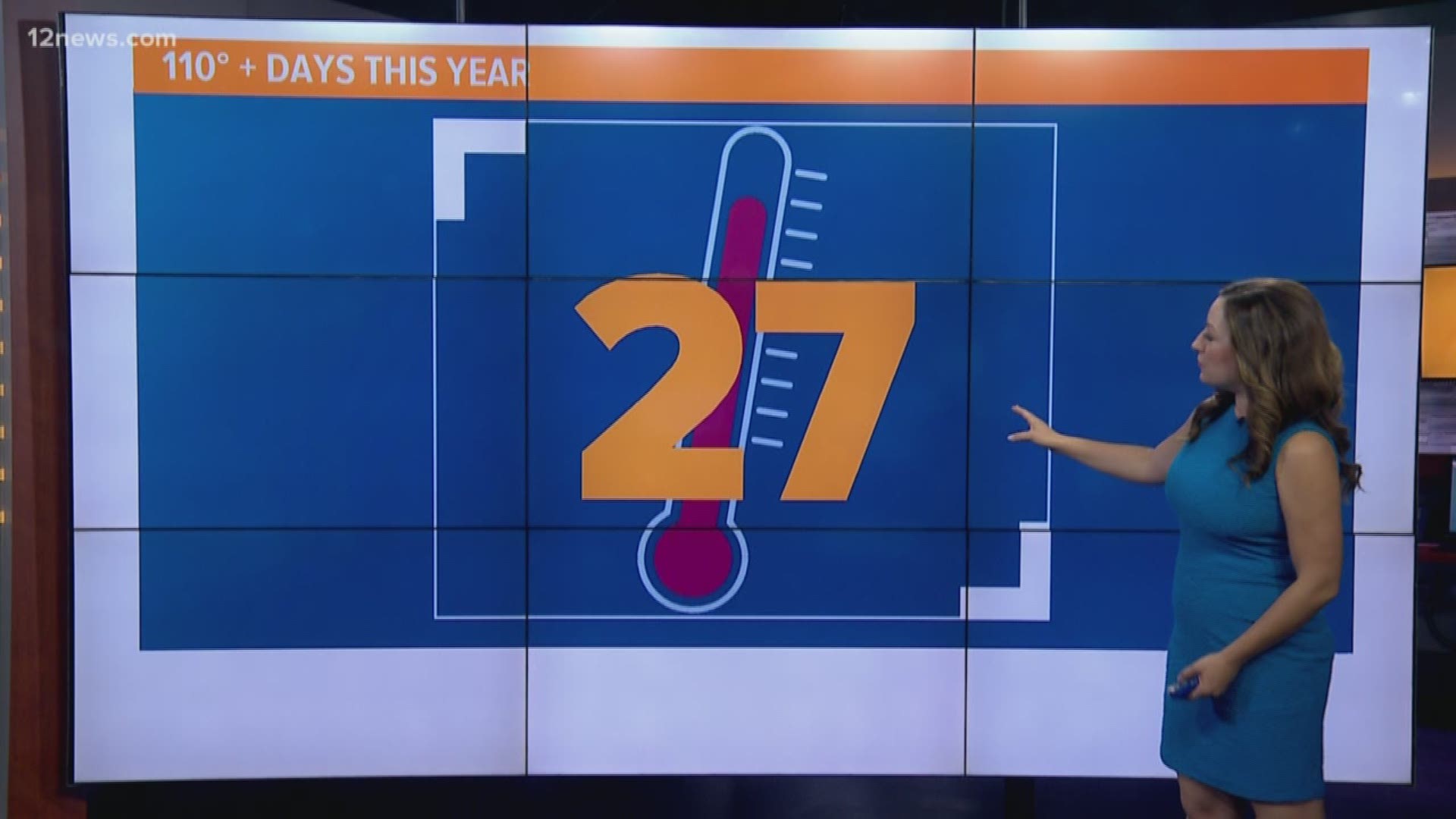 There was an excessive heat warning in effect for the Valley until 8 p.m. Wednesday. Temperatures were expected to reach up to 112 degrees.

RELATED: Salvation Army activates heat relief stations on any day that has an excessive heat warning

PREVIOUSLY: 2019 just had one of the driest and warmest August months for much of Arizona