The National Weather Service has issued an excessive heat warning for the Valley and some trails are restricted for hiker safety. 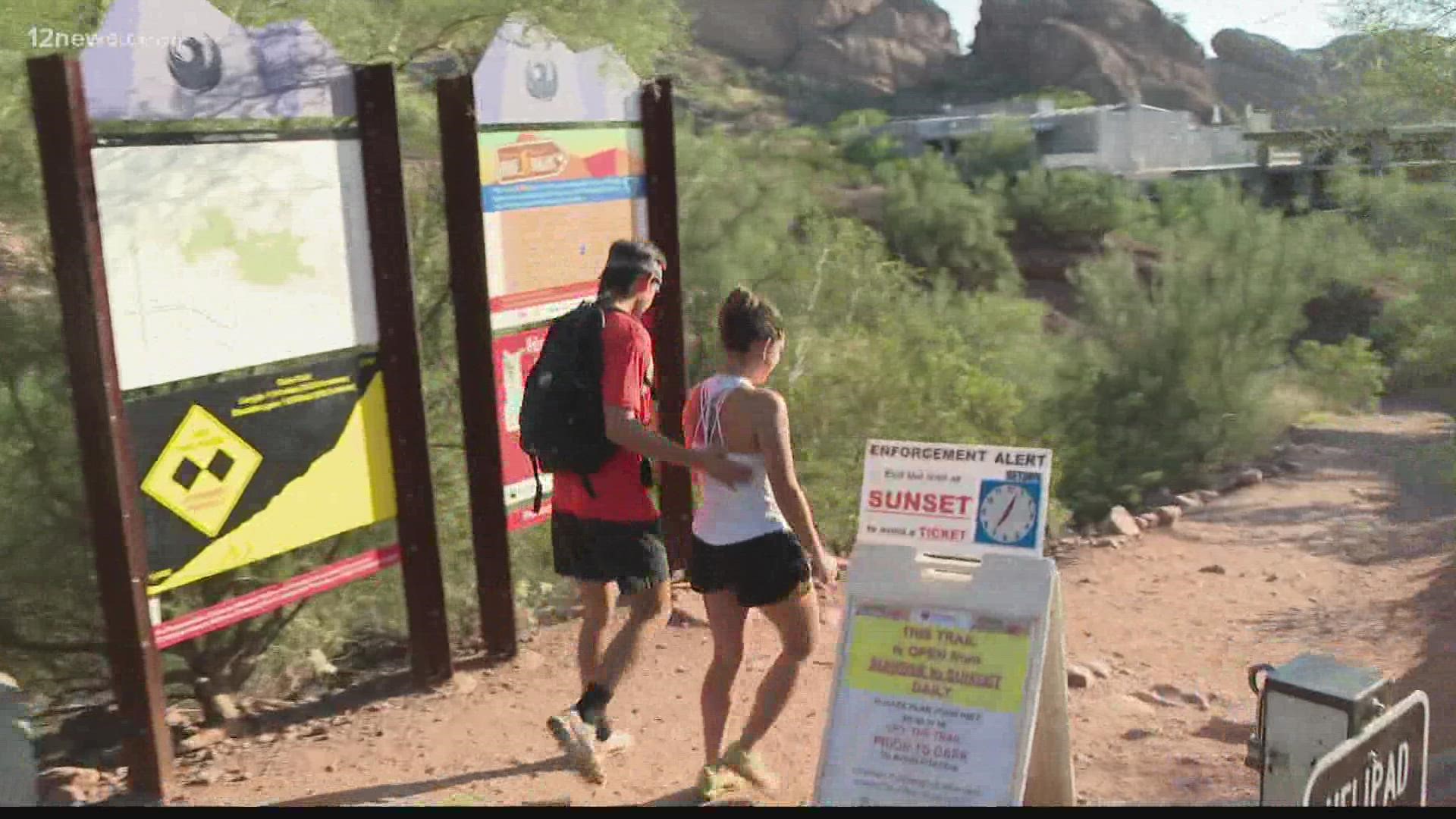 PHOENIX — An excessive heat warning has been issued by the National Weather Service prompting hikers to take extra water on their next trek. The City of Phoenix wants to ensure that people are safe while taking some time outdoors.

Hikers, like Alessandra Rodriguez and Jeremy Crawford, said they will respect the new restrictions because they know that difficult trails make for equally difficult rescues.

"If they say don't go, it's for a reason," Crawford said. "It's a really extreme hike, so we respect anything that's put out and honor that."

Echo Canyon at Camelback and Piestewa Peak are the two trails under restrictions when an excessive heat warning is in place.

City officials said the program came after fire crews were getting hurt and sick because of multiple mountain rescues on extremely hot days.

Now, on excessive heat days, park rangers watch for violators and try to educate them about the unforeseen dangers that come when hikers, seasoned or not, are on the trails during triple digits.

"For us, it's having sufficient water and making sure you understand the land before you get out there. Don't play with nature because it's not something you want to mess with," Rodriguez said.

City officials said the excessive heat could be the temperature itself, the percentage of humidity or the heat index. Regardless, the overall objective is to keep hikers and first responders out of harm’s way.