A rising trend of heat-related deaths has experts pleading for Phoenix to be prepared for high temperatures. 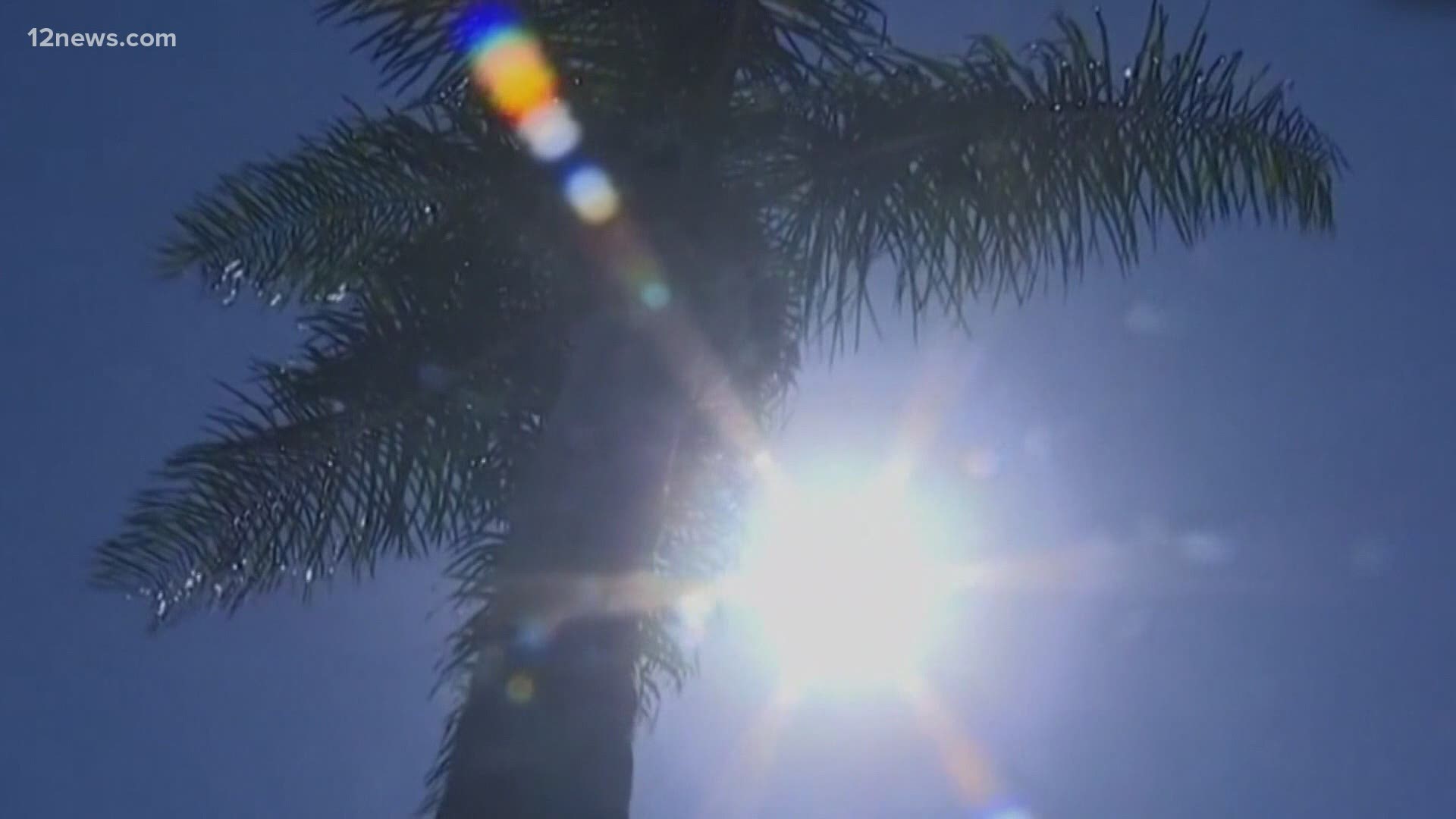 PHOENIX — The number of annual heat-related deaths has jumped since 2016 and experts hope to minimize the trend as temperatures rise once again.

They want Arizonans to re-frame how they view the heat.

“When we talk about children drowning, it starts to happen around April and May as well,” said Dr. Andrew Carroll, a Chandler physician.

“It’s (a drowning) tragic. It breaks our hearts and firefighters tell horrible stories. But we also need to focus on this other tragedy that happens this same time of year.”

Carroll is among a growing number of health and climate experts who want to make heat deaths more prominent in the collective conscience of the greater Phoenix community.

Before 2016, the highest number of annual heat-related deaths reported by Maricopa County was 110.

“The simple fact that the numbers are so high suggests that our community-level risk preparedness is not where it needs to be,” said David Hondula, a researcher with ASU’s Urban Climate Research Center.

Hondula said he is encouraged by a city of Phoenix trial budget proposed last month which includes $3 million for a first-of-its-kind heat mitigation and response department.

“Just the idea that they’re willing to invest in dedicated personnel to think about this topic full-time is a huge step forward for our region,” Hondula said.

The Corporation Commission is currently debating what kind of rules should be in place to prevent APS from disconnecting power to homeowners during the summer months. Two commissioners are pushing for a new low mark threshold of 90 or 95 degrees.

“Whatever threshold is set by science, not by politicians is the number that we should be using,” Carroll said.

Carroll has seen first-hand the deadly results of heat exhaustion in older adults.

“As we age our ability to manage things like thirst, hunger, body temperature, get impeded just because our brains don’t work as well,” Carroll said.

Hondula says now is the time to prepare for the upcoming hot temperatures. Get your AC tuned up and consider making sure your elderly neighbors have their air conditioners properly maintained, Hondula said.