122 degrees might be Phoenix's hottest, but Arizona has seen hotter

Twenty-eight years later and Phoenix's highest temperature still tops the thermometer, but it might seem cool when compared to Arizona's hottest. 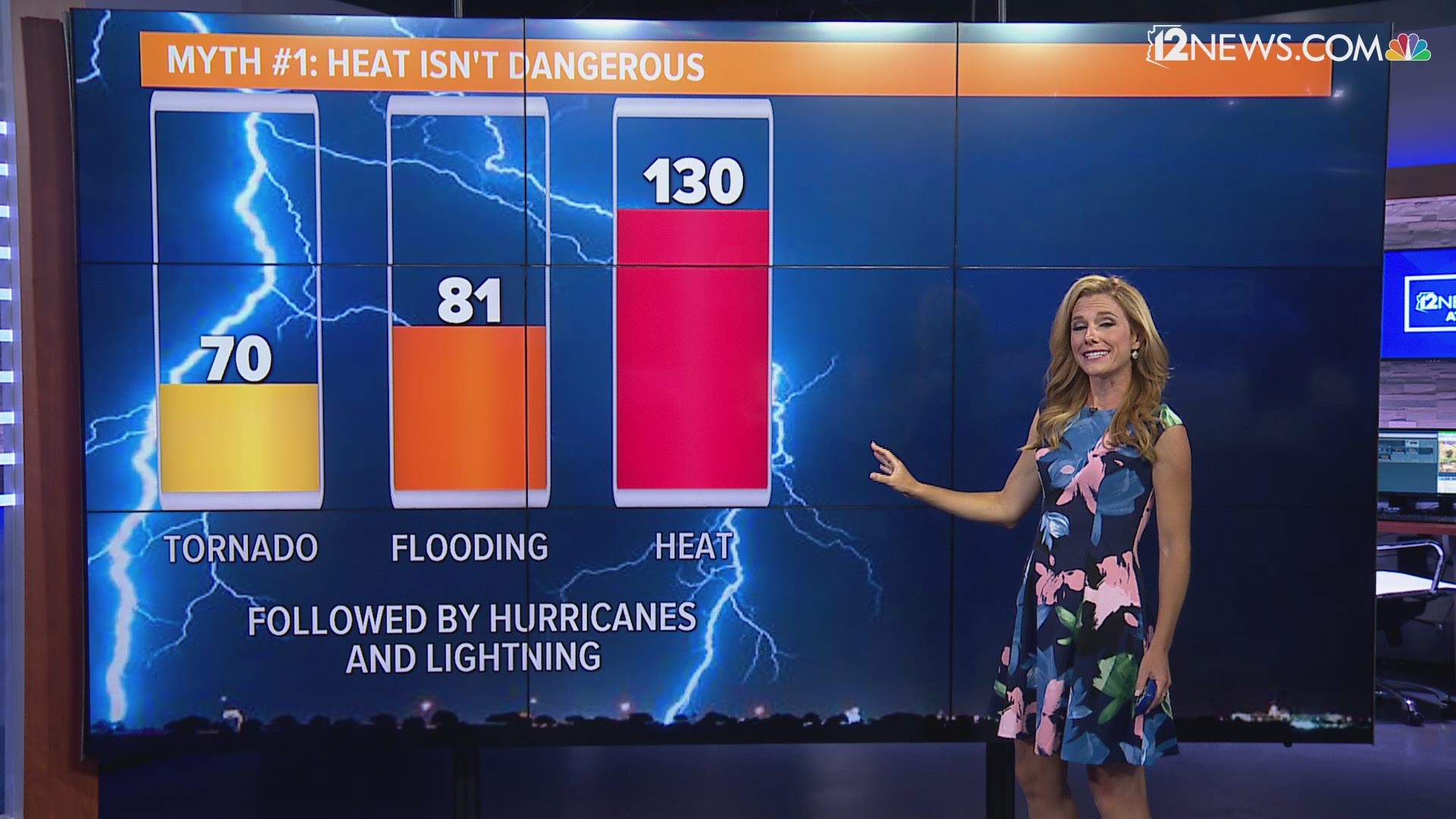 June 26, 1990 is a day a generation of Phoenicians will probably always remember.

It was a very hot day. Actually, the city's hottest day ever.

The mercury shot up to 122 degrees on June 26, 1990 marking the all-time record high temperature set at Phoenix Sky Harbor Airport.

Twenty-eight years later and the record still stands, despite the city experiencing its hottest year on record in 2017 and Phoenix heat setting more records than ever before.

READ: Phoenix is setting more heat records now than ever before, NWS says

But that 122 might seem cool when compared to Arizona's hottest temp.

Four years after Phoenix hit 122, Lake Havasu City reached 128 degrees on June 29, 1994, the highest temperature ever recorded in Arizona. It's also one of the hottest temps ever when comparing each states' record high.

And the hottest temperature ever recorded for the United States?

That belongs to California, according to the National Weather Service. Furnace Creek in Death Valley hit 134 degrees on July 10, 1913.

That 134 also happens to be the highest documented temperature in the entire world, according to the World Meteorological Organization at Arizona State University.