Streets white with hail after storm moves through the Valley

Hail coated the ground, making it look like it snowed in the southwest Valley. 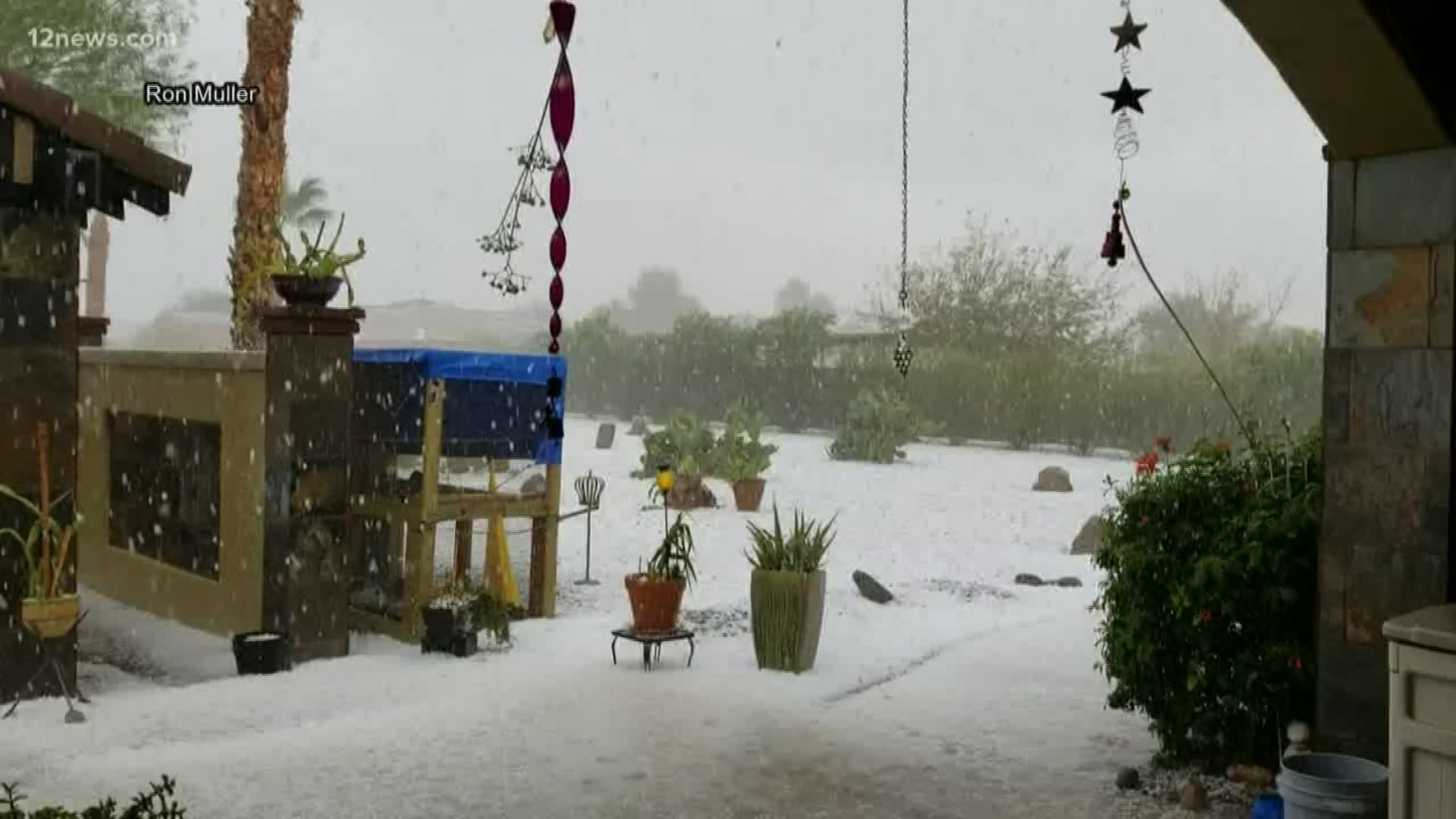 The National Weather Service said the storm that moved east toward Phoenix produced hail up to an inch in diameter. The storm dropped smaller hail by the time it reached south Phoenix, but there was still a lot of it.

It's the closest thing we get to a snow day here in Phoenix, as some kids at a hail-covered playground demonstrated. They even broke out a couple of sleds at one point. 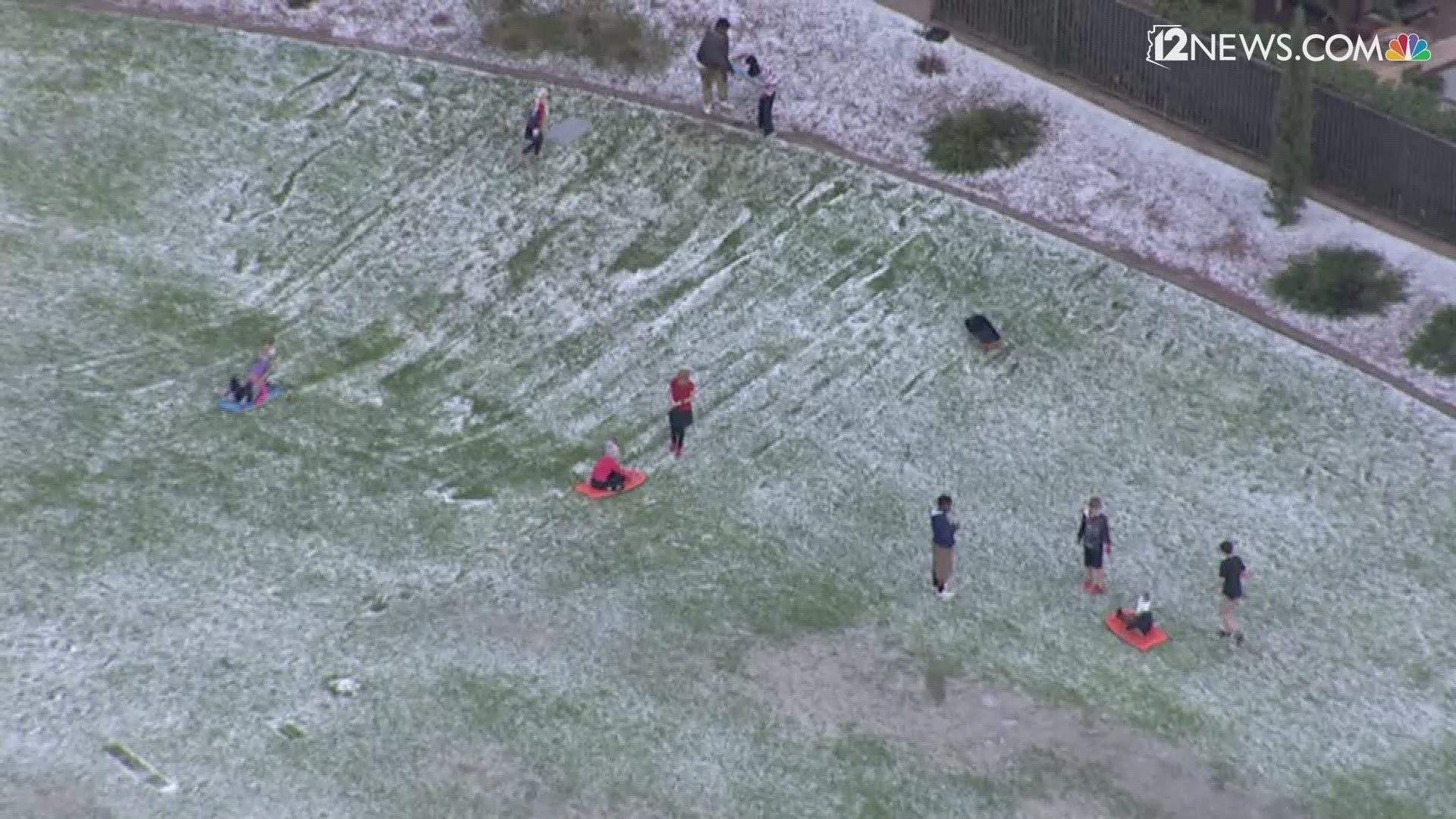 We saw a lot of 1-inch hailstones Thursday. In case you're wondering, the largest hailstone ever recorded in Phoenix was 3.5 inches in diameter, so we didn't break any hail records.

It was the last hurrah for the storm system that's been drenching the Valley for the past couple of days. Now that the storms have moved through, things will start to dry out in the Phoenix area.

Sky Harbor measured 0.83 inches of rain with this storm, but many areas across the Valley received from 2-3 inches.

This was the fourth time in the last 11 years that we've had at least three straight days of active weather in the Valley.

Up north, snow will start to clear out from the Flagstaff area starting on Friday.