The previous record was November 15, 1999, and the last 90-degree day is typically at the end of October. 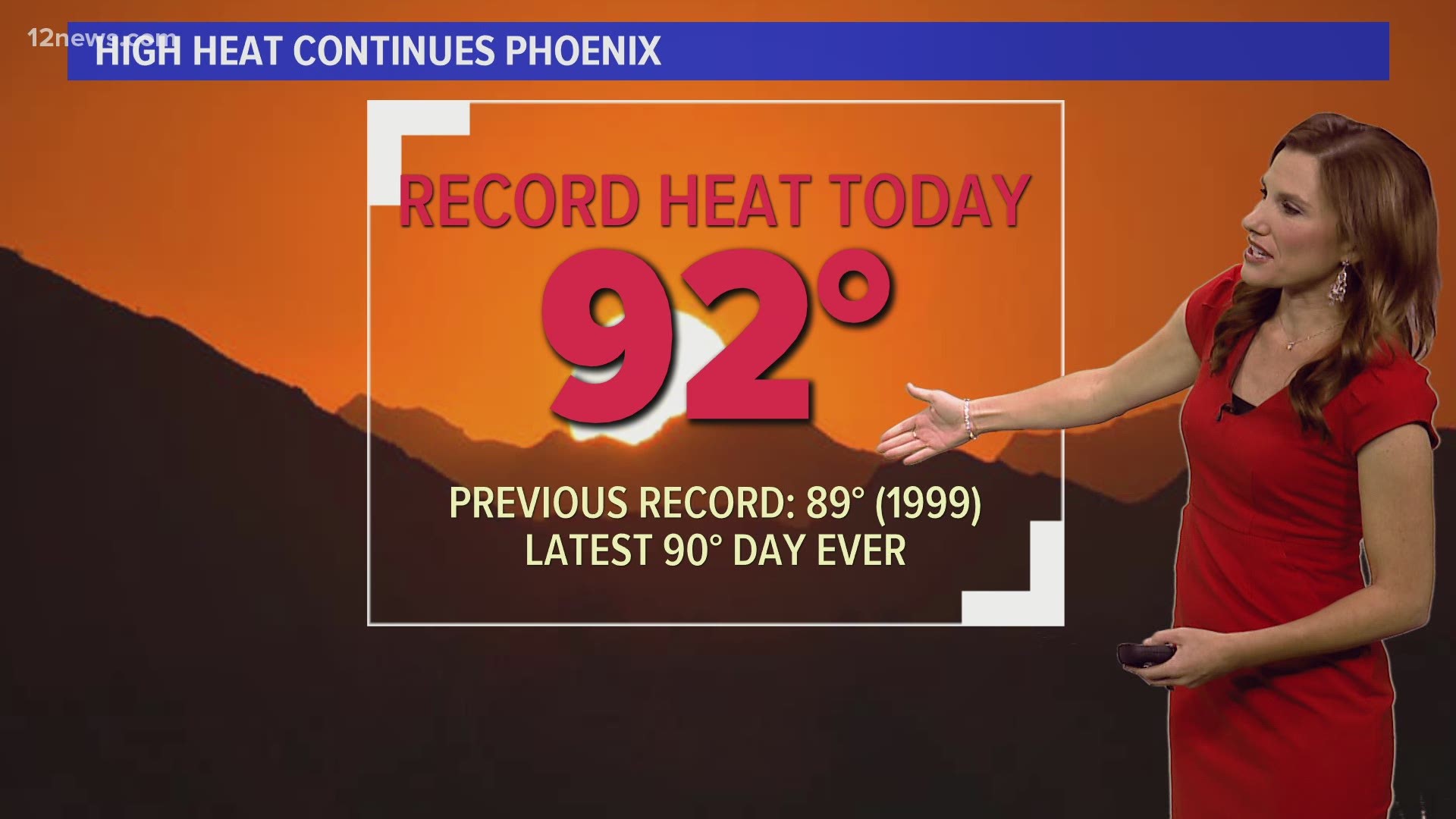 PHOENIX — This is just getting ridiculous.

In a year unlike any other, Phoenix has reached yet another miserable milestone.

Phoenix Sky Harbor International Airport recorded a high of 90 degrees Monday afternoon; it’s the latest a temperature that high has been recorded in city history.

For reference, autumn technically began on Sept. 22 and the Winter Solstice is just 35 days away.

Phoenix and much of the Valley finished a historically brutal summer with record after record smashed – including the most 110-degree days, most 100-degree days, the hottest average temperature in August and a nearly non-existent monsoon season.

Phoenix shattered its record for the most days of triple-digit heat in a calendar year with 144, topping the previous record of 143 days in 1989.

Between June and August this year, Phoenix reported 50 days with a high temperature of at least 110 degrees.

Phoenix also had its hottest August ever since tracking began in 1896.

If there’s any bright side, the heat shouldn’t last very long.

Temperatures in the Valley are expected to stay in the upper 80s for the rest of the workweek before cooling down to the 70s by Sunday.

Another record hits the books with the latest 90° temperature on record in Phoenix recorded just now. Stay cool out there, it could go up a bit more. #azwx pic.twitter.com/WFZXyq2GLJ