Freeze warnings in northern Arizona as blizzard hits central US

Though northern Arizona will see freezing temperatures, rain and snow aren't expected in the area. 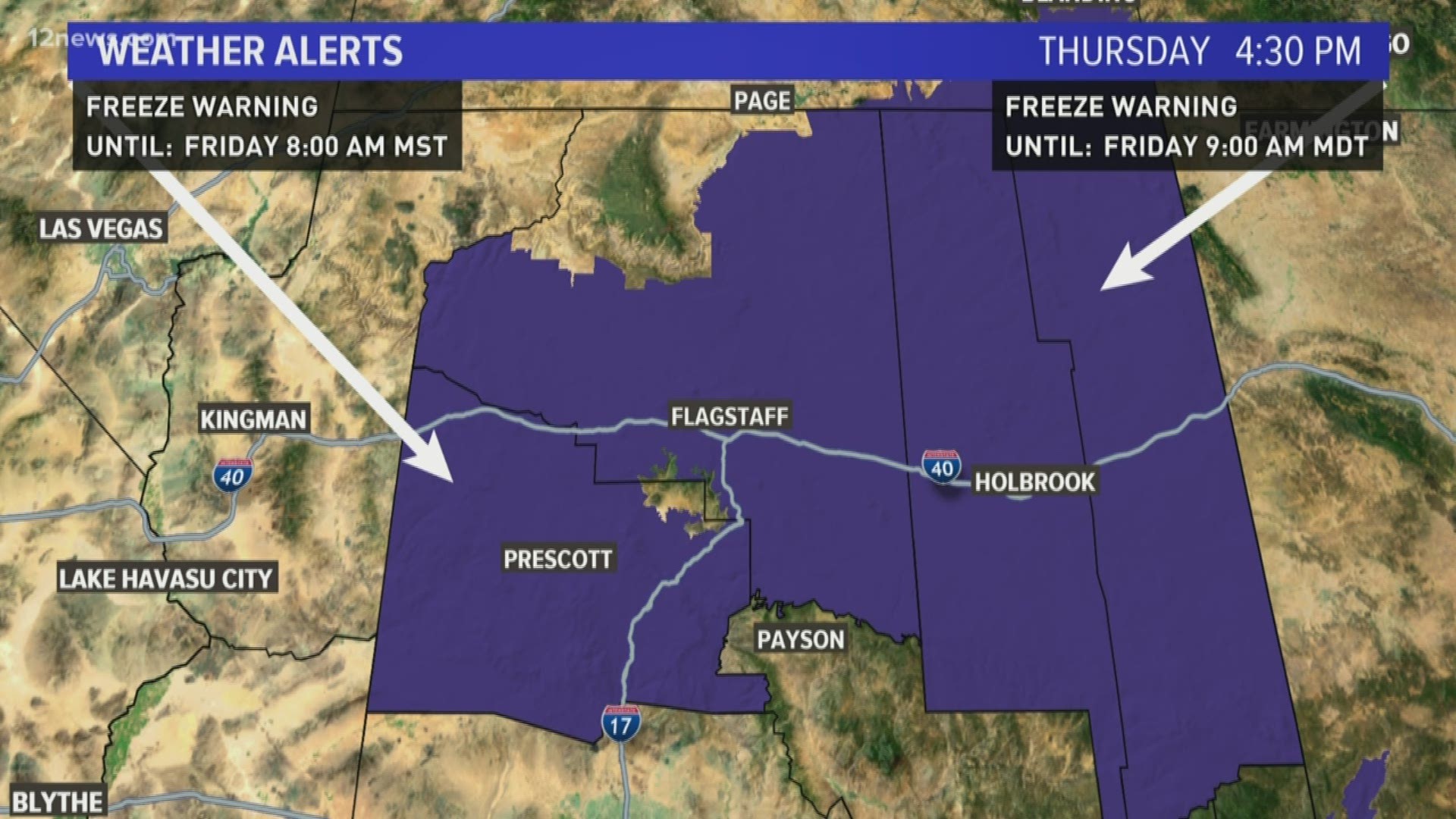 FLAGSTAFF, Ariz. — A powerful storm producing blizzard conditions in the northern plains is sending freezing air to northern Arizona just ahead of the weekend.

A freeze warning has been issued for much of northern Arizona above 4,000 feet Thursday night into Friday morning, according to the National Weather Service in Flagstaff.

Remember to protect your pets, pipes and plants and bundle up before going outside.

RELATED: Here's how to protect plants, people, pets and pipes during freezing temps in Arizona

Thursday is expected to be the coldest night we’ve seen in a long time, with temperatures 10 to 20 degrees below normal for this time of year. Flagstaff should see temperatures in the 20s.

Despite the bitter chill, the storm won’t be sending any snow or rain our way because we’ll be affected by the dry part of the system.

Saturday should warm to near normal temperatures as the snow and cold air move eastward.

FORECAST: Temperatures cool off with Freeze Watches for the high country by Friday AM