Some parts of the state could chill into the low 30s overnight and autumn makes it's way into Arizona. 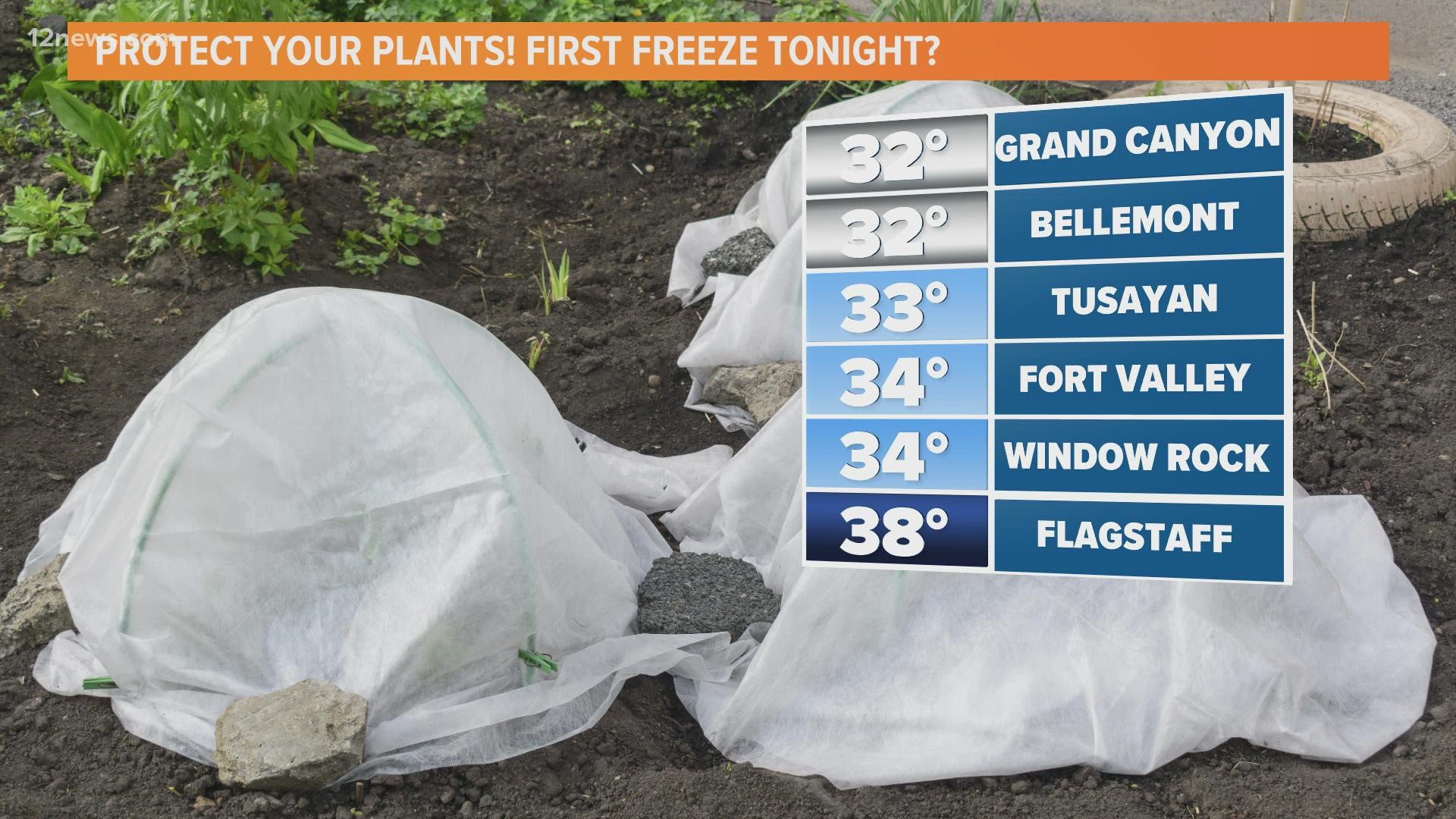 ARIZONA, USA — Our marvelous moon will reach its full glory Monday night and become the Harvest Moon, which is the full moon closest to the autumnal equinox.

Some clouds will be strung out throughout the state during the moonrise, which happens just after sunset. At times, the clouds could make it tricky to get a good glimpse of the moon, but from another perspective the clouds could add drama to the night sky!

RELATED: When does fall start in Arizona?

Temperatures in the deserts will be pleasant Monday night for moon viewing but will be extra cold in the state's higher elevations.

Low temperatures in Flagstaff, Window Rock and Fort Valley could chill into the 30s overnight. Additionally, locations such as the Grand Canyon, Tusayan and Bellmont, could see the mercury crash all the way down to the freezing mark. This temperature drop may happen from Tuesday night into Wednesday as well.

Wednesday will mark the start of astronomical fall, also known as the autumn equinox, in the Northern Hemisphere. The equinox brings about the same amount of hours of daytime as nighttime to all regions of the Earth.

After the fall equinox, the sun’s angle will slip lower in the sky and daylength will get shorter and shorter through the winter solstice on December 21st.

7 years ago, the 'storm of the century' took over metro Phoenix