All of Arizona is in drought. For more than half of the state, it’s extreme.

We are at less than 25 percent of normal rainfall so far this water year. 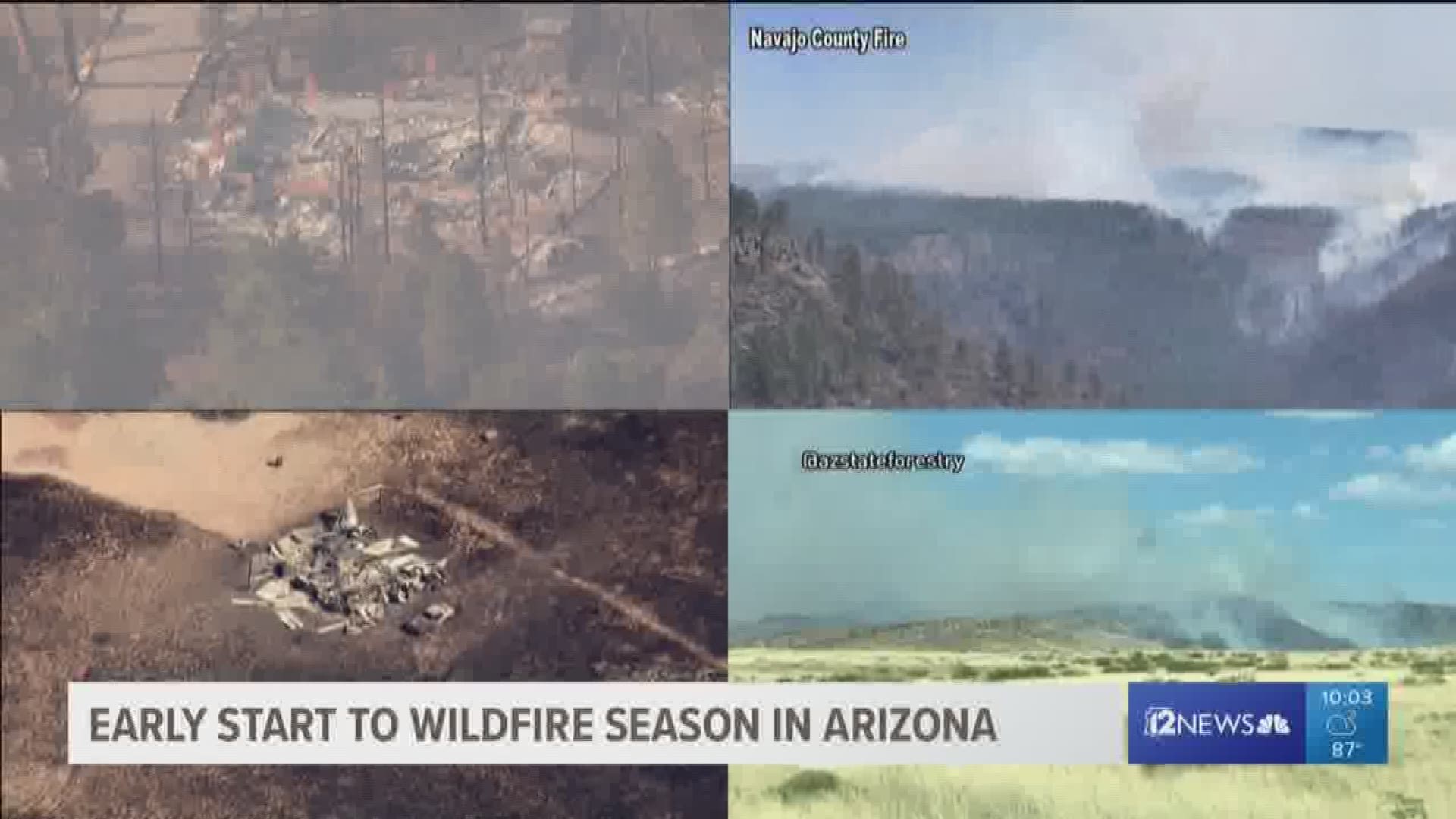 PHOENIX- As a desert state, Arizona has plenty of experience with drought. But this year, the water crisis is on a different level.

Drought has covered the entire state for all of 2018, according to the U.S. Drought Monitor.

More than 95 percent of the state is in severe drought, and more than 63 percent is in extreme drought, according to statistics released last week.

Arizona State Climatologist Nancy Selover said via email that drought isn't just declared after a dry year -- that's normal for Arizona and much of the western U.S. Instead, it takes several dry years for us to start talking about drought here in the Southwest.

Officials from the Arizona Department of Water Resources said the Colorado River has experienced severe drought conditions since 2000. The river provides about 38 percent of Arizona's water.

The latest Drought Information Statement has been issued and the outlook is not good. The area of Extreme Drought conditions continues to grow across Arizona. #azwx https://t.co/33JtGkrbDN pic.twitter.com/I0g3JSBxAa

The department's April drought status summary said that Arizona's wildfire season has been extended due to drought, evidenced by several blazes in the High Country already in 2018.

Selover said via email that this winter and spring have been particularly dry, and now that we're in the dry season, it's unlikely we'll catch up on rain before monsoon begins. She cited 2002 and 2012 as years with similarly dry early months.

"If we get spring rainfall it will cause a green-up of the grasses, reducing the wildfire risk in the spring," Selover wrote. "Then we have our typical dry May and June when the grasses tend to dry out, leading to some wildfire risk leading into the monsoon. But the dry winter and spring this year have led to a very high fire danger extending from last fall to the start of the monsoon."

Even if we received average rainfall the rest of the water year, we'd only be at 50 percent of normal by Sept. 30, Selover said.

Some affects of drought are obvious: Lower river flows, less thriving vegetation, less water for animals. But Selover said that Arizona's ecosystem has some other responses to drought because of its already arid climate.

"Our desert ecosystem is adapted to drought, so many plants go dormant until the next rain event. In dry years many of the animals don’t reproduce in high numbers as they instinctively know there won’t be enough food or water to support a large population," Selover wrote. "Trees have deep taproots to find water at significant depth, and leaves are very small so they don’t transpire a lot of moisture like big leaf trees do."