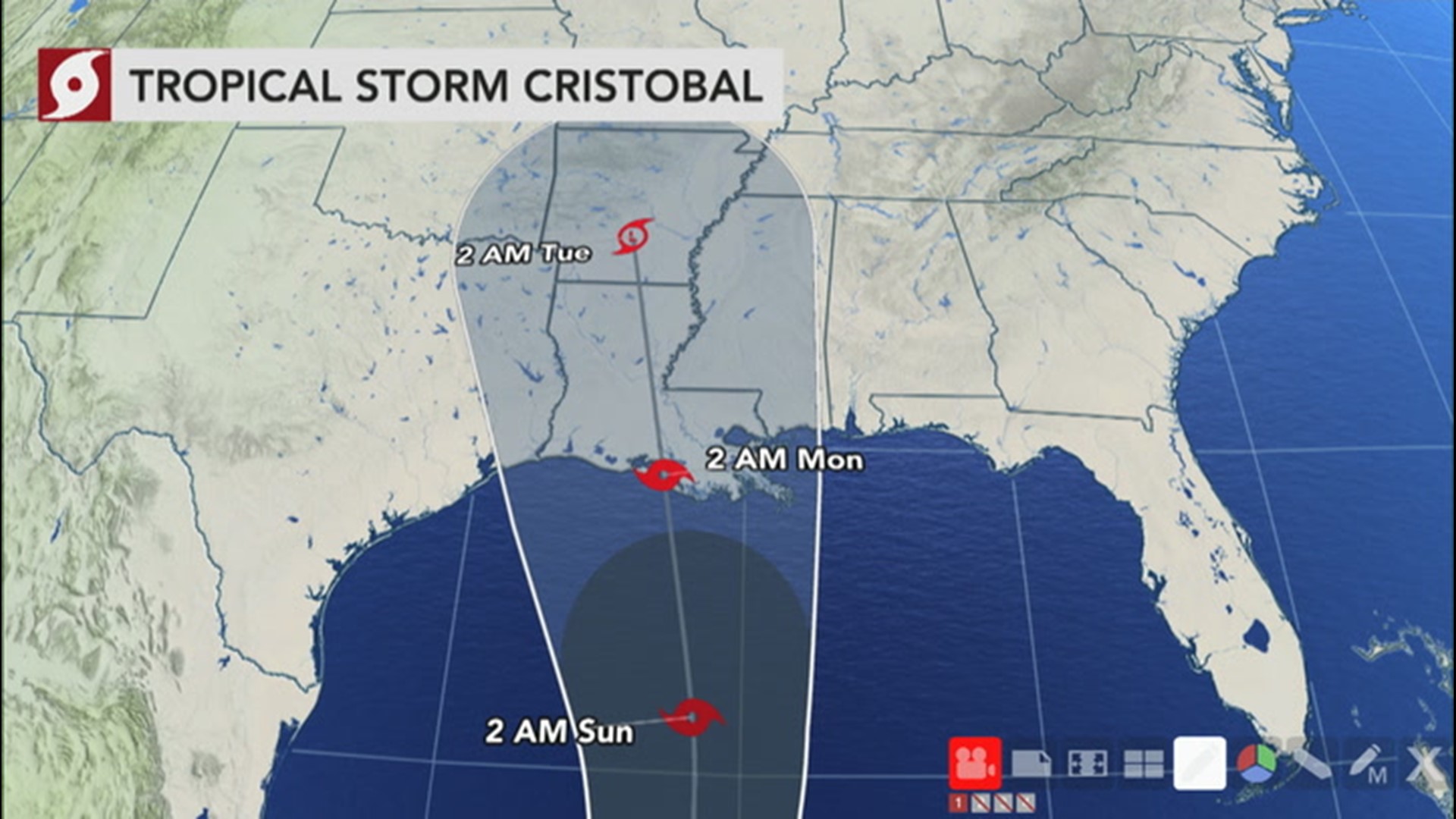 Tropical Depression Cristobal continued to dump heavy rainfall on southeastern Mexico and Central America on Thursday, bringing with it the risk of life-threatening flooding to the region. Flooding and mudslide dangers are expected to continue as the large system slowly meanders across the region through the end of the week.

After spending some time over land during the middle of the week, Cristobal was downgraded to a tropical depression on Thursday morning. The system's maximum sustained winds were 35 mph as of 10 a.m. CDT Thursday, just 4 mph shy of tropical storm status. Despite this loss in wind strength, Cristobal is still expected to bring widespread impacts to southern Mexico and Central America.

Tropical storm warnings that were in effect across the Mexico coastline, from Veracruz to Campeche, were discontinued by the government of Mexico on Tuesday morning. However, flooding dangers remained a serious risk both along the coast and well inland due to the sprawling nature of the system.

In Mexico, reports of flooding in the streets have emerged from the state of Tabasco all the way through the Yucatan Peninsula.

The city of Valladolid in Yucatan, as of Thursday morning, recorded 14.2 inches (360 mm) since Sunday. The city of Campeche reported 7 inches (179 mm) during the time frame.

Both winds and torrential rains in Campeche caused structural damage and washed out roadways.

A total of 9,000 soldiers and National Guard members were put in position to help with preparations and relief work.

A highway on the Yucatan was reported to be flooded with rushing floodwaters.

"Cristobal continues to pull in moisture from the East Pacific Ocean into northern areas of Central America, drenching the region with heavy, tropical rainfall even a week after Tropical Storm Amanda made landfall," said AccuWeather Senior Meteorologist Rob Miller.

On Wednesday, reports came in that heavy rain caused a landslide in El Salvador and affected several homes and vehicles. At least seven people were reported missing in Zacatecoluca.

Parts of Nicaragua and Honduras also endure another round of heavy rainfall through the end of the week.

The excessive rainfall is forecast to continue through Friday, before Cristobal pulls northward into the Gulf of Mexico and away from the region, despite Cristobal being downgraded to a tropical depression as AccuWeather meteorologists predicted.

The risk of life-threatening flooding and mudslides will persist, with some locations expected to receive over 2 feet of rain (610 mm), with an AccuWeather Local StormMax™ of 30 inches (760 mm) in the mountains.

Due to the serious flood threat from Cristobal over southern Mexico and northern Central America, Cristobal has been designated as a 1 on the AccuWeather RealImpact Scale™ for Hurricanes. This rating applies to the storm's impacts on Mexico.

Cristobal is forecast to change directions into early Friday, heading north back towards the Bay of Campeche. Late Friday and into the weekend, Cristobal will track northward and travel through the western Gulf of Mexico and toward the United States.

As this happens, rainfall will begin to diminish across southeastern Mexico and Central America. However, rough seas may linger along Mexico's Gulf coast through the weekend.

Cristobal became the third named tropical system of the Atlantic hurricane season when it formed in the Bay of Campeche earlier this week and made landfall in southeastern Mexico early Wednesday as a tropical storm.

Landfall occurred around 8:30 a.m. local time Wednesday near Atasta, Mexico, just to the west of the city of Ciudad Del Carmen in the state of Campeche. At the time of landfall, maximum sustained winds of 60 mph (95 km/h) were reported.