Travelers claim they were duped by 'Black Travel Movement,' after Caribbean dream vacation turns into nightmare

Hundreds of people said their expensive trip to 'Black Yacht Week' was ruined when the company organizing the trip failed to follow through on their promises. 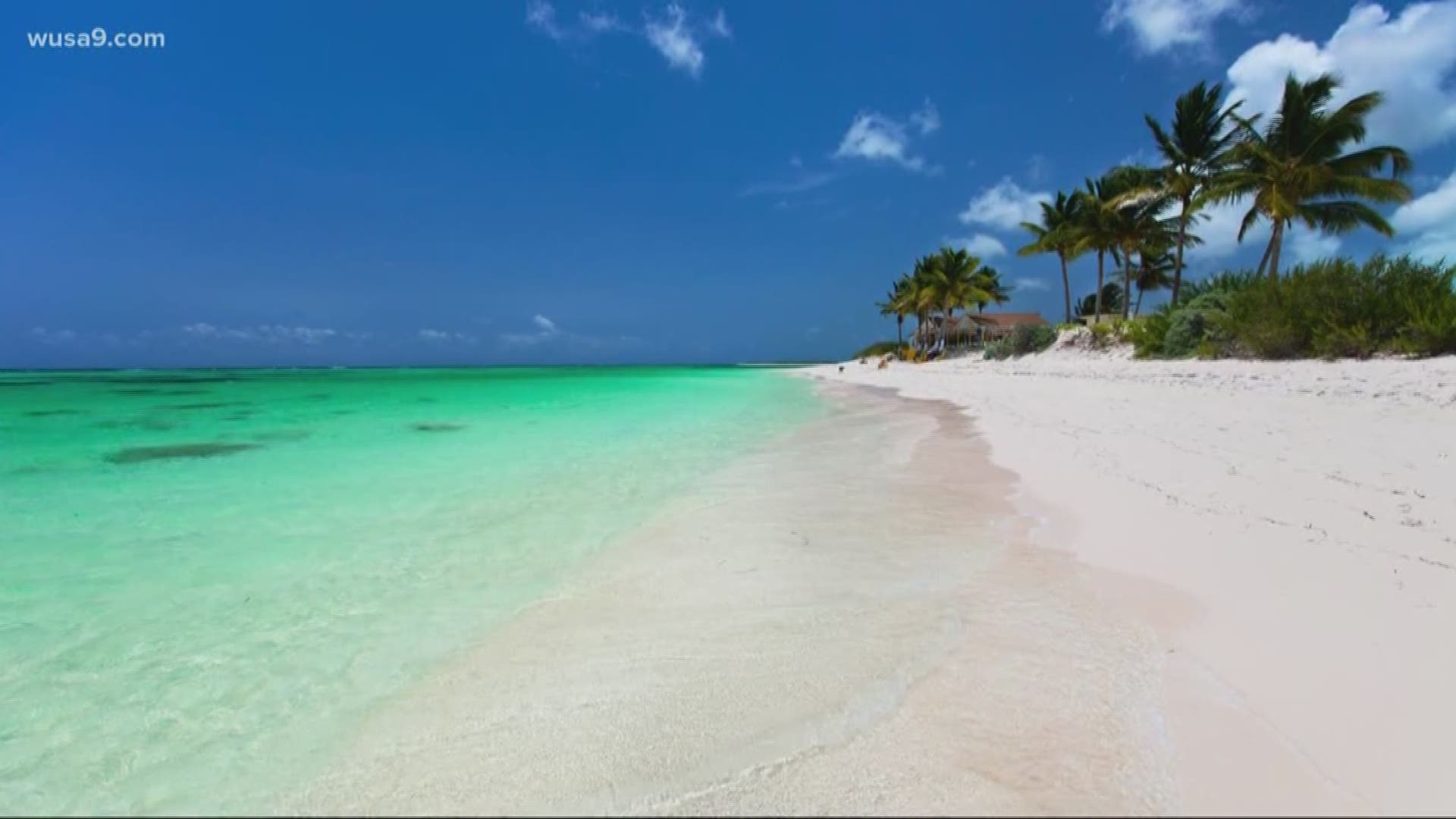 On a boat with friends and surrounded by the ocean, Linda Giles didn't have a care in the world.

“I had a good time,” Giles said. Her smile grew wide as she showed a video of a recent sailing trip to Italy. “I’m taking in the scenery, taking in the experience and the beauty of it all,” she explained as her eyes lit up.

She’s passionate about sailing and even joined Universal Sailing Club to fuel her passion and meet other sailors. So, when two friends tagged her in a post on Facebook about the chance to sail the British Virgin Islands with other Black sailors, she hopped on it.

The Black Yacht Week trip was being organized by a company called Black Travel Movement -- which organizes trips for travelers. The majority of whom are African American. To her, the company appeared safe. So, she recruited a few more friends.

“I told Lashonda about it and my niece about it,” Giles said. Lashonda Wilson was also looking forward to the trip.

Credit: WUSA
Giles holds her phone in her hands, looking at photos of her recent vacation.

"To be out in large numbers and support a black owned business is a big deal,” she said passionately.

On its website, Black Travel Movement calls itself a community of friends and family with an interest in cultivating new relationships. The company touts 42 trips taken and 25 countries visited since it started in 2016.

"Even though it was way more money than I had to pay to go sailing, I just wanted to have that experience,” said Giles who calls D.C. home.

An itinerary for the trip included stops to Virgin Gorda, the Island of Anegada and Sandy Kay National Park. The luxury boats would come with a staff, captain and gourmet chef.

“It was definitely an interesting experience and not at all what I expected,” said Wilson her head shaking left-to-right.

Giles said the problems started with a lack of communication by Reggie Cummings, owner of Black Travel Movement.

"He wasn’t very responsive, and he wasn’t organized but I knew that,” Giles said, citing repeated calls and text messages that went unanswered.

So, we flew down to North Carolina to get answers for the nearly 250 people who forked over thousands of dollars to Cummings.

"This is an emotional experience,” Cummings said in his dining room. “This is frustrating.”

Down in the British Virgin Islands

Eventually, nearly to 250 black travelers made it down to the British Virgin Islands to begin their seven day vacation. The 26 boats, food, alcohol and staff were provided by Dream Yacht Charter. The Annapolis based company signed a contract with Cummings.

More problems would eventually bubble to the surface.

Many had to find transportation on their own from the airport to the launch site. Transportation was supposed to be included in the travel package. It was posted on Black Travel Movement’s website.

“He [Reggie Cummings] indicated he would also coordinate some reimbursements for those folks who had to come out of their pockets,” explained Giles. She said some of the travelers spent anywhere between $50 to $200 dollars trying to get to the launch site.

Then, more problems surfaced. This time with the boats themselves.

“We actually experienced an electrical outage the night we boarded out boat. So, we were without AC for the entire evening. A lot of my crew had to sleep on the top of the deck,” said LaShonda Wilson, noting the heat and humidity.

The issues expended beyond Wilson’s boat.

“Several of them had mechanical problems,” said Cummings. “Air pump problems. Engine problems. We had to switch out two boats because they simply didn’t work.”

Meagan Borgerson is an attorney representing Dream Yacht Charter. In a statement, she says Dream Yacht Charter, “never received complaints regarding mechanical issues during the course of the week-long charter, and therefore, could not have addressed those concerns without notice.”

The problems didn’t stop there though. Many of the boats didn’t have enough food for the week-long trip.

“Oh my God!  Are we going to be on the boat without food and drink?” Wilson thought while at the launch site. The sailors added that many of the gourmet meals they were anticipating were replaced with snacks you might find in a child’s lunchbox.

"It was bread peanut butter and jelly," Giles said, remembering how she tried to be optimistic. "No gourmet-type of food but food none the less."

Borgerson adds that once Dream Yacht Charter was aware of the problem, they worked to address it sending out “….speedboats with more food and provided additional funds to the yacht captains to purchase additional provisioning.”

They claim all complaints regarding provisioning were “…remedied within the first two days at sea.”

Those on board, however, said that didn’t happen for every boat that had issues. In fact, Giles says during the trip, the vacationers on her boat made frequent trips to the market. Several of them on her boat were vegan - information they had sent to Black Travel Movement prior to the trip.

“Nothing that we put into our menu plan was on the boat. It was just a bunch of food that they purchased,” Giles said.

Over the course of the trip, some would miss several of the islands they were scheduled to see. At least three islands were skipped, including one of the biggest attractions: Anegada.

“You want to see the flamingos [in the Anegada]. You kind of build-up in your mind the excitement around seeing those things,” Wilson said, disappointed.

The trip eventually came to an end, with the vacationers leaving the British Virgin Islands feeling more taken advantage of than refreshed. Although Dream Yacht Charter supplied the boats, food and staff, the travelers looked to Cummings for answers and a refund.

“Not only are we out of money, but we're in a situation where we feel duped by someone we support,” Wilson explained.

Roughly two weeks after the trip, Cummings sent an email. In it, he said he was making a good faith effort to address the issues. He even outlined a refund and reimbursement plan based on things like food and mechanical problems. The email was sent in July, but no one has received a refund from either Reggie Cummings or Black Travel Movement.

We asked Cummings when the folks who had gone on the trip can expect a refund. He said it’s not simple.

“It is a very, very complex situation and process to get to that point,” Cummings said.

The situation is made complex because Dream Yacht Charter and Black Travel Movement are locked in a legal battle. The Annapolis-based company says Cummings failed to pay a balance of $519,934.00 before embarking on the trip.

In their complaint, they claim Cummings assured them several times the balance would be paid. But Dream Yacht Charter says they never received the balance even after Cummings signed a confession of judgement acknowledging he owed the company the money.

“Mr. Cummings’ blatant attempts to shield himself from liability by making bald allegations of complaints against Dream Yacht, without providing those complaints to the company to be addressed, is clearly an effort to place blame anywhere but on himself,” said Borgerson.

Dream Yacht Charter is now suing Cummings for unjust enrichment, breach of contract and fraud. When we spoke with Cummings, he told us he wasn’t allowed to talk about the particulars of the case on the advice of his attorney.

Cummings’ Maryland based attorney wants the judgement by confession thrown out because he was “coerced into signing” the document and “not afforded an opportunity to seek the advice and counsel of an attorney,” according to the motion. 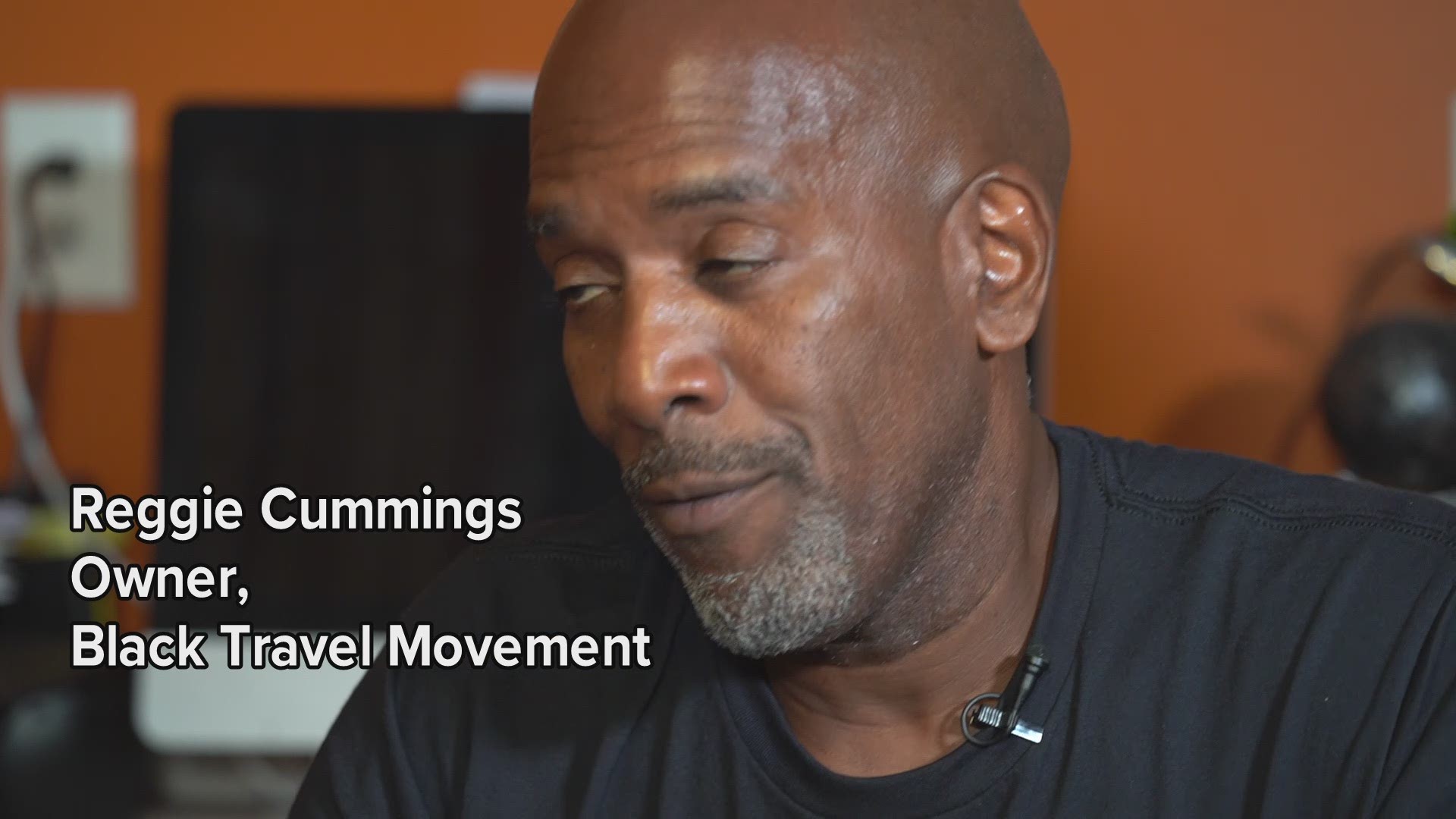 LARRY: Are you monitoring the page — such that — that if someone makes a negative comment it gets deleted?

REGGIE: I don’t know of any business in America that would post a negative comment about their business.

LARRY:  So that would be a yes?

More than 3,000 followers later, they’ve figured out a way to mobilize.

At his home in Apex, North Carolina, Cummings’ desk was piled with letters from the state’s Justice Department and The Better Business Bureau. Many of the letters were unopened and unanswered. He said he accepts responsibility for the issues but also points blame at Dream Yacht Charter.

“Black Travel Movement does not own a single yacht, have a single captain or single chef," he explained. "Those services were promised to me by Dream Yacht Charter and I would pass those services along to the members and attendees of this trip."

In a statement, Dream Yacht Charter responded, saying it's their “understanding that most of the complaints by the members were regarding portions of the event planned solely by Black Travel Movement, including the lack of transportation to and from Scrub Island and event planning during the charters.”

When asked if the trip was too ambitious, Cummings said in hindsight, “yes.”

He said he would have hired more people and implemented a different process.

However, one of the biggest concerns among the group was feeling preyed on by a black-owned company whose mission it is to encourage black people to travel.

Cummings said those allegations upset him.

“Never once have I been called unscrupulous in any way to have this happen," he said. "[It] really set me back.”

Cummings said the more than $600,000 collected is being held in an account until all legal matters are resolved. We followed up with Cummings’ attorney and he was not aware of the account.