A couple of football games may cause some heavy traffic in the East and West Valley. 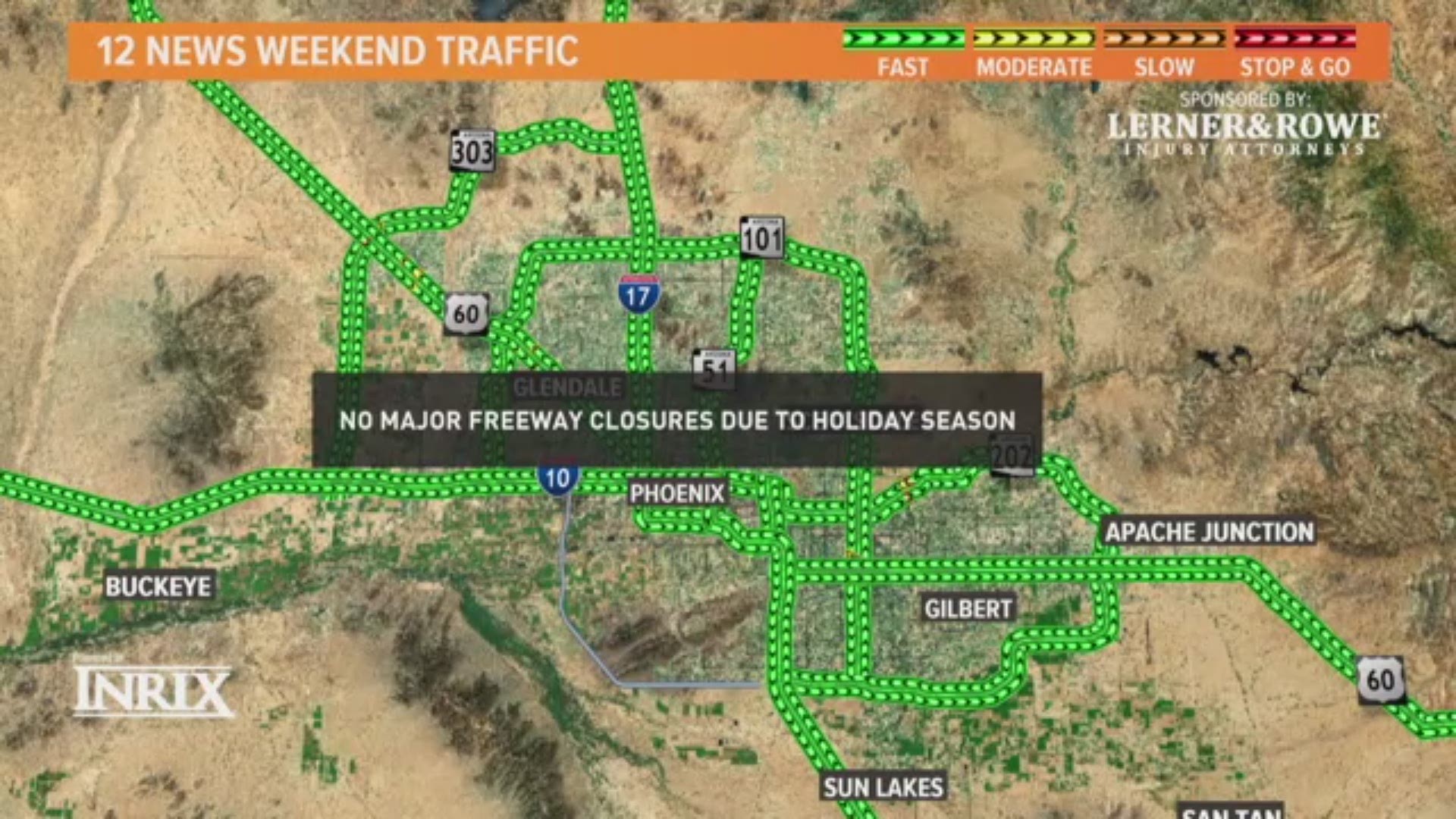 PHOENIX — Here’s what the Arizona Department of Transportation says you need to know for Friday, November 29 – Monday, December 2.

Commuters will not deal with any major freeway closures this weekend but may see some heavy traffic in the East and West Valley due to a couple of sporting events.

The ASU Devils take on the Arizona Wildcats Saturday night at Sun Devil’s Stadium. The game starts at 8:00 p.m., but expect heavy traffic prior to due to tailgating. You’ll see some delays on the Loop 202 eastbound toward Scottsdale Road and on surface streets like Mill Avenue, Rio Salado and University Drive.

Then, the Arizona Cardinals play against the Los Angeles Rams Sunday at 2:05 p.m. at State Farm Stadium. Expect heavy traffic in west Phoenix on the Interstate 10 westbound and Loop 101 northbound. Try to avoid delays by using the Loop 101 southbound, Grand Avenue or surface streets.

That’s it for now, enjoy the weekend and thank you for visiting 12news.com!