Traffic engineers have chosen the new traffic camera locations based on speed and crash data. 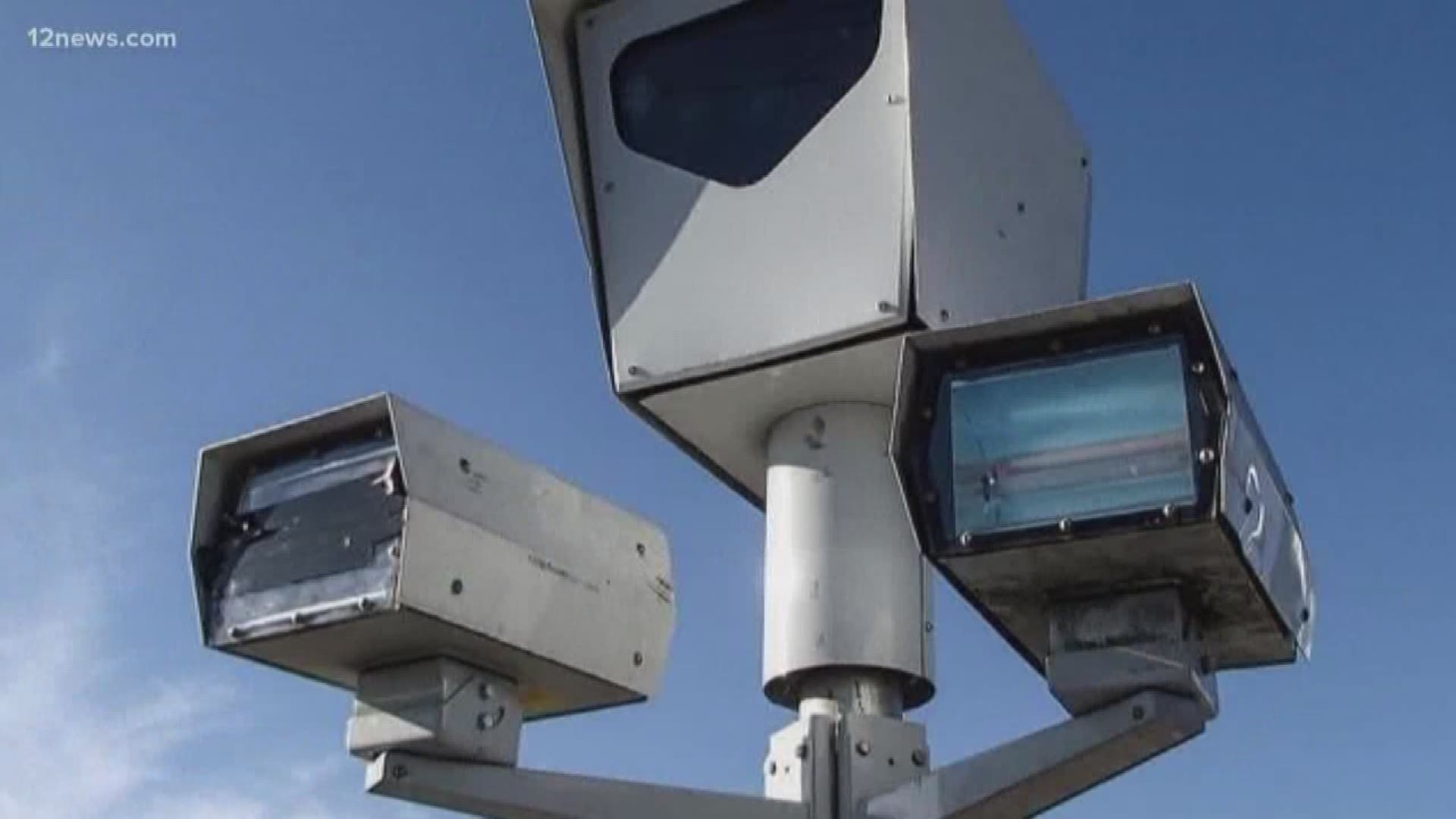 SCOTTSDALE, Ariz. — Just a heads up if you live or work in Scottsdale, today four new traffic cameras are in operation.

While there’s a grace period, it won’t last long and of course, a ticket for running a red light or speeding can add up.

“When someone drives through a photo radar location or red-light camera and they get flashed, and obviously they’re speed is at a level where the camera goes off, they’ll get a ticket in the mail and they have a certain amount of time to respond,” said Sgt. Ben Hoster with the Scottsdale Police Department.

The way the photo enforcement systems work isn’t new, but the locations are.

Intersection safety cameras have been installed and activated at the following intersections:

SEE IT ON THE MAP

“It’s not all four directions and all left turns, it’s certain directions where we have the most traffic collision in those locations,” said Hoster.

The speeding and red-light cameras on Thomas and Hayden and McDowell and Scottsdale are being deactivated. Police say the cameras in those areas have helped improve safety.

“They have proven to reduce traffic collisions,” he said.

Since installing cameras in 1996, the city has seen a 24 percent decrease in overall crashes. Additionally, 35 percent of those crashes were specifically related to red-light running.

The traffic cameras operate around the clock seven days a week.

During the first 30 days, warnings will be issued to speeding drivers and red-light runners before tickets are being issued and the cameras are exact. They catch red-light runners and drivers who are going over the speed limit by at least 11 miles per hour.

Traffic engineers chose the locations based on speed and crash data.

The fixed intersection safety cameras will work with mobile vans and portable photo enforcement towers, which rotate around the city based on citizen complaints and speed data.