ADOT will hold a virtual meeting to discuss sound wall installations off Loop 101 and 16th Street. 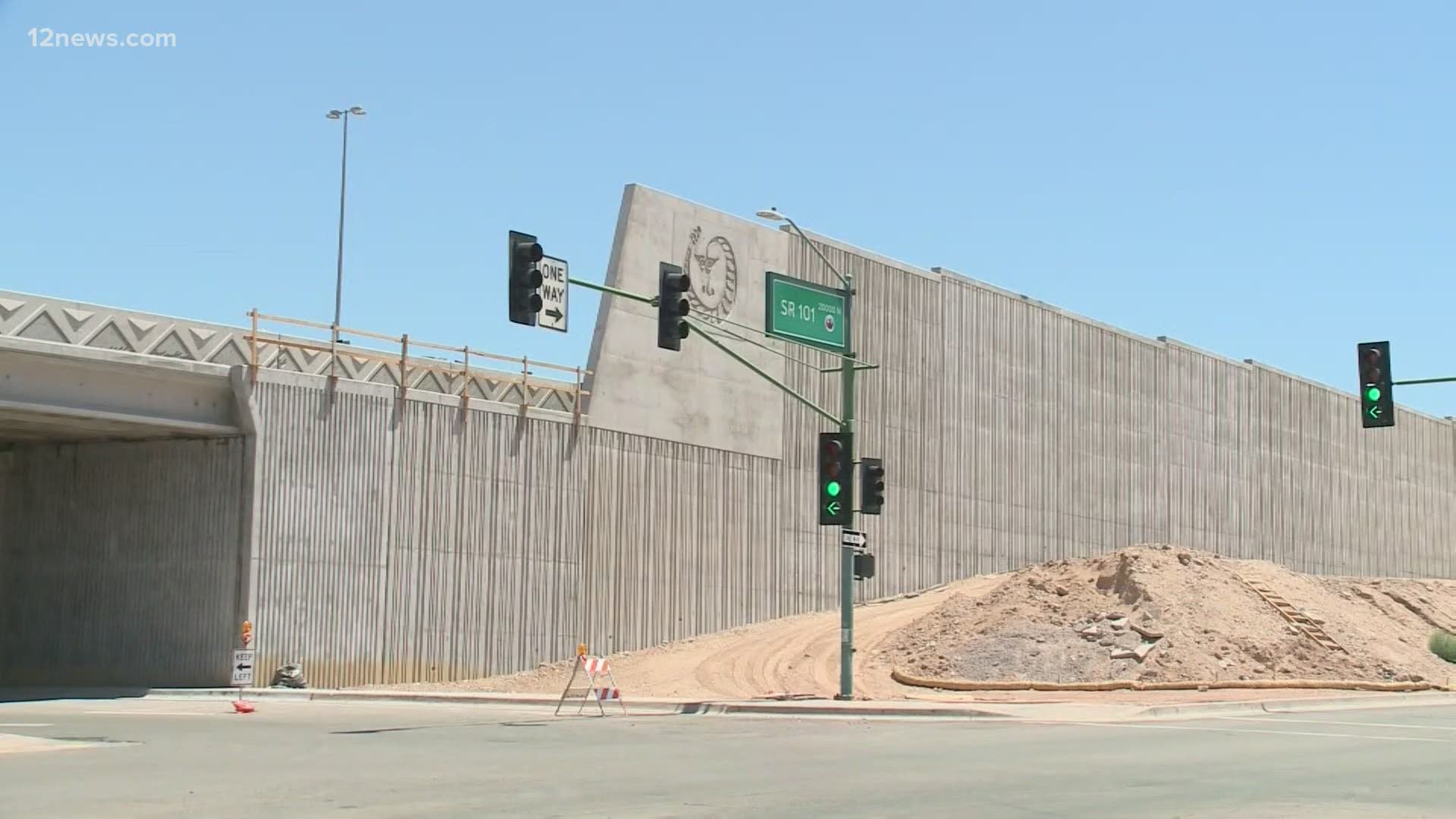 PHOENIX — ADOT will hold a virtual neighborhood meeting concerning sound walls off Loop 101 and 16th Street, and one resident already says the department misplaced the construction.

He says his neighborhood is exposed to a symphony of traffic every night and day.

“There is a lot of noise from the freeway, and it’s not just road noise, it’s also engine noise,” resident Mark Laverman said. “It varies by the time of day and the time of year.”

Laverman lives just southwest of the Loop 101. He has watched the freeway grow for more than 20 years and eventually reaching his neighborhood.

It didn’t take long for him to realize that the freeway brought a lot of sound.

“I can lay in my bed at night and just hear traffic going by with all the windows and doors closed,” he said.

Construction was wrapping up when Laverman noticed sound walls being put up in the barren desert, and not where his neighborhood fronted the freeway.

He wondered why his neighborhood was left exposed to the freeway. So, he asked his community what they thought of the noise.

“Eighty-eight residents, families complained to ADOT about the noise,” Laverman explained. “[They] thought it was absolutely ridiculous to put up huge walls against empty desert but not against the neighborhood.”

In an email to Laverman and residents, ADOT says:

There will not be a sound wall along loop 101 at the southwest quadrant of the 16th street bridge, based on the noise analysis conducted for the project.

ADOT has worked closely with the community in planning for and building a wider Loop 101 Pima Freeway. As with all freeway widening projects, ADOT conducts an analysis to determine where noise mitigation measures are warranted. An analysis prior to the ongoing Loop 101 improvement project showed noise levels were below the 67-decibel threshold to consider mitigation. Recent noise readings in the area showed the same. While this area is not eligible for a wall as part of the widening project, ADOT can gather additional noise readings in the future and determine if additional mitigation measures can be explored.

Laverman and his community have been joined by local state senators in order to push the funding for a wall.

“Through involving the politicians somehow, we will be able to find the money to fund continuing the wall another several hundred feet west so we have less noise coming into the neighborhood,” he said.

RELATED: DPS to increase enforcement of 'move over' and distracted driving laws after ADOT worker killed