Police are responding to a crash reported in the freeway's westbound lanes. 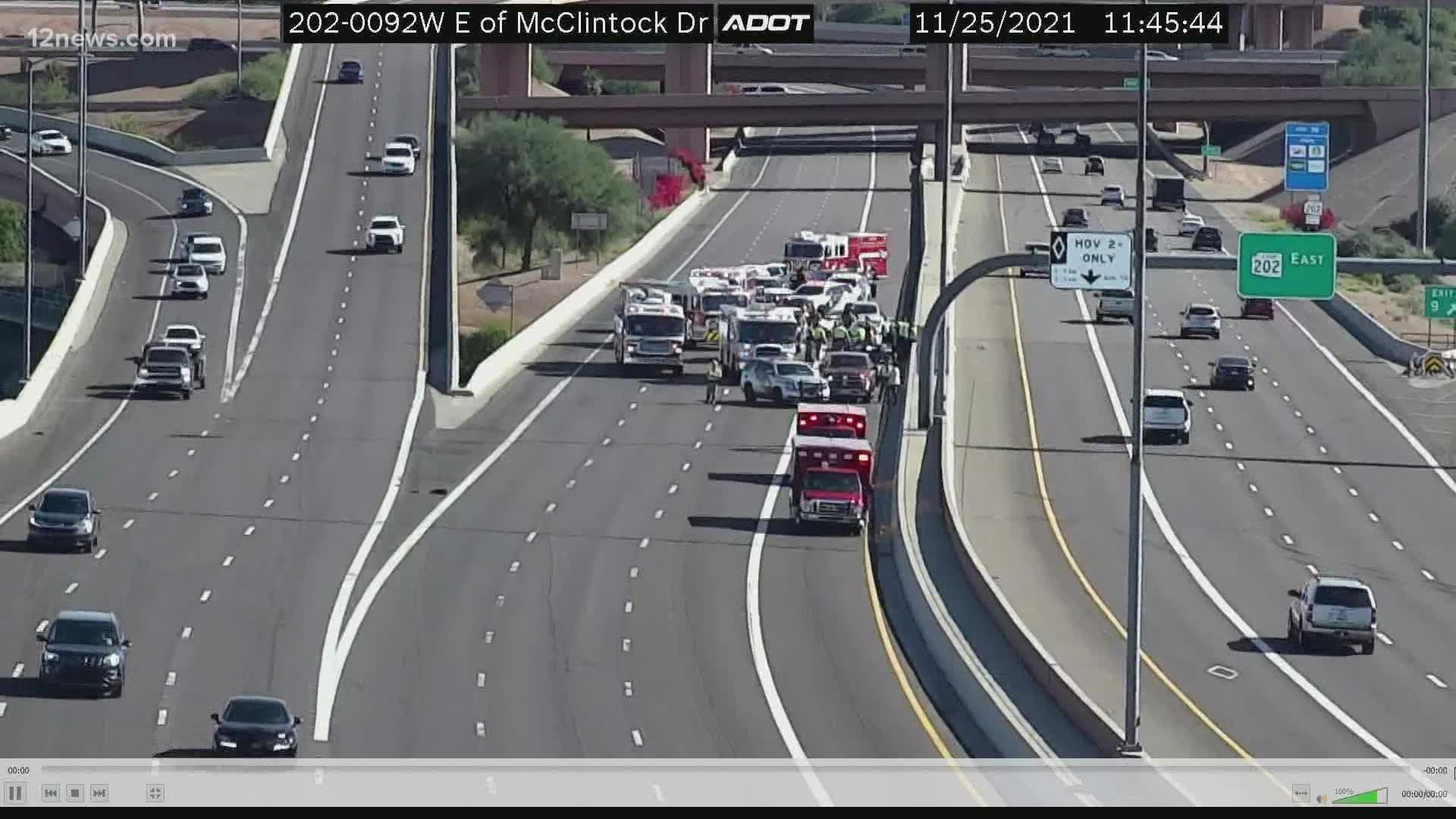 TEMPE, Ariz. — A wrong-way crash on the Loop 202 freeway near the Loop 101 junction has blocked off a portion of the freeway's westbound lanes.

The collision was reported Thursday morning near milepost 9 at about 11:30 a.m.

Photos of the site show several police vehicles blocking off the 202's westbound lanes in between McClintock Drive and the Loop 101 exit.

DPS said traffic is temporarily being diverted to Loop 101.

This is a developing story and 12 News will post updates as they become available.

Traffic alert: All traffic westbound on SR-202 at milepost 9, in the Tempe area, is being diverted onto SR-101 due to a collision in the area.

The Arizona Department of Transportation said traffic delays may be expected further west near Scottsdale Road.

L-202 WB near Scottsdale Rd: A crash is blocking the left lanes. #phxtraffic