ADOT has seen a huge increase in the amount of litter on the sides of roadways statewide since the beginning of the pandemic. 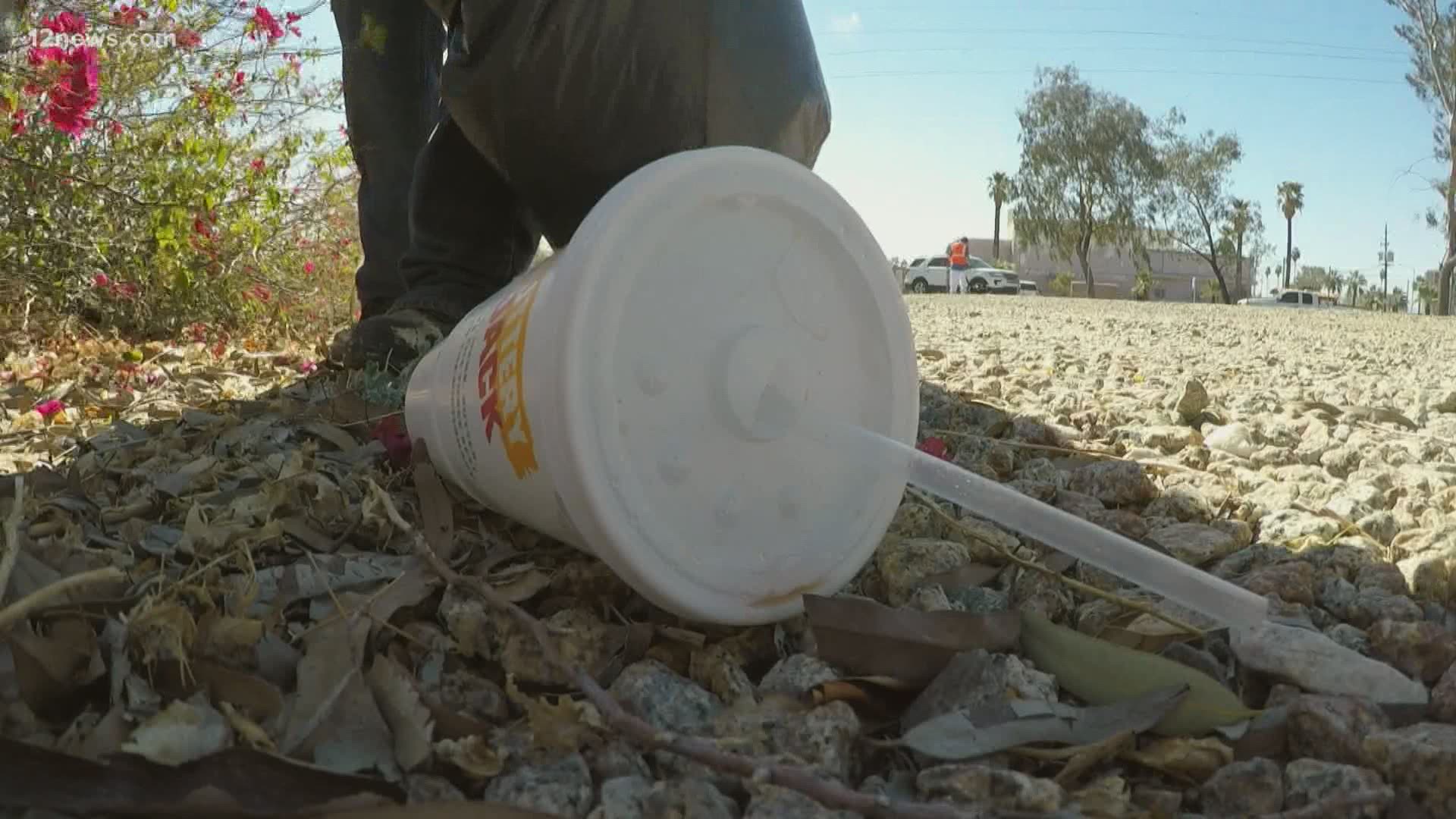 The Arizona Department of Transportation has seen a huge increase in the amount of litter on the sides of roadways statewide since the beginning of the pandemic.

In 2020, more than 725 tons of trash and debris were collected in the metro Phoenix area alone. That’s more than 100 tons than the previous year.

ADOT wants to remind drivers to secure any items on their vehicles so they don’t unintentionally fall out and to avoid tossing stuff out the window while driving.

Any motorist caught throwing out trash on our roadways could be fined $500, according to ADOT spokesperson Doug Nick.

“If by chance you happen to see somebody littering and you’re able to get their license plate number, you can report that to ADOT. We can look that up and we’ll send a letter to the owner of that vehicle," Nick said.

"There’s no enforcement there but it’s an awareness letter to say, somebody saw you do this, it’s really not a good idea."

ADOT crews are part of a comprehensive statewide strategy that includes volunteer groups and, when available, state prison inmates.

But because of the ongoing pandemic, those resources have decreased, which means as littering persist, ADOT is promoting more public awareness of the litter issues.

“People really need to modify their behavior frankly, there’s no need to toss anything out of your car,” said Nick.

To find out how you can help, go to ADOT’s website.