DPS released new details following a deadly wrong-way crash that happened on Loop 101 near Camelback Road over the weekend. 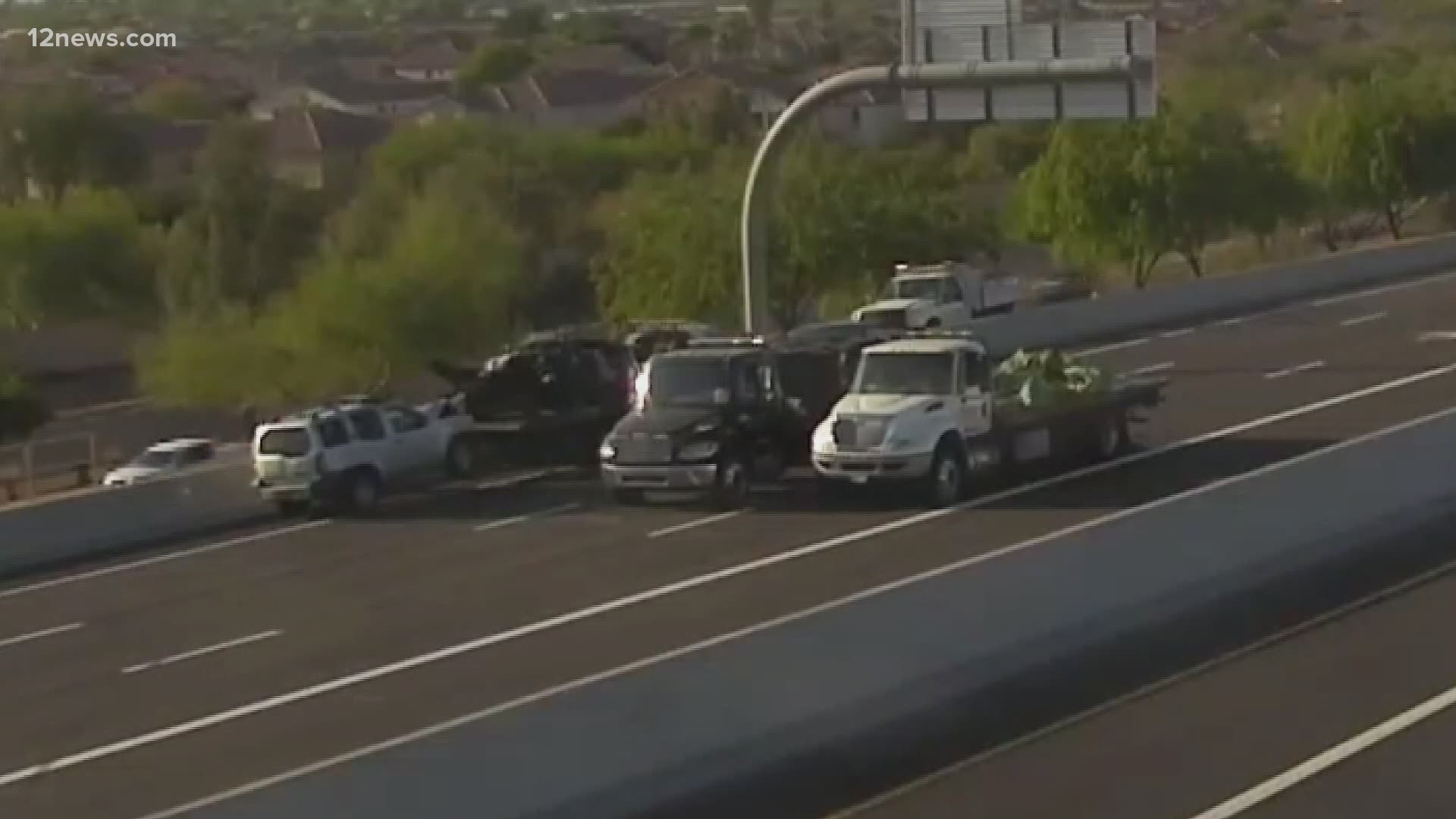 PHOENIX — It seems in 2021 that the signage, flashing lights and thermal detection systems still aren't enough to stop these senseless wrong-way crashes from happening.

DPS released new details following a deadly wrong-way crash that happened on Loop 101 near Camelback Road over the weekend.

Impairment is believed to be a factor in the wreck that left three people including the wrong-way driver dead. Now, victim advocates like Joe Sullivan with MADD or Mothers Against Drunk Driving say, while there are efforts being made to stop these life-threatening wrecks on Arizona highways, it's not enough to save the lives already lost.

"So often they result in fatalities and innocent people being killed and it is heartbreaking to see time and time again," Sullivan said.

He became a victim's advocate with MADD two years ago after working with the Pima County Attorney's Office. he says, he was disappointed to learn about another instance of an impaired driver.

"Studies have shown two-thirds of wrong-way driving crashes are caused by an impaired driver that is usually over twice the legal limit," he added.

The Governor's Office of Highway Safety tracks drunk drivers. Sullivan says, their illegal decisions to get behind the wheel could mean life or death for everyday drivers.

"The most recent statistics that we have from G.O.H.S. shows us that in 2019, 256 Arizonans were killed by impaired drivers," Sullivan said.

DPS says this latest crash on the 101 near Camelback Road involved three cars and ultimately left three people dead, including the wrong-way driver.

The department also provided stats showing the number of collisions and fatalities resulting in wrong-way wrecks. So far, this year there have already been 22 collisions on Valley highways, along with eight fatalities.

Meanwhile, ADOT, which runs and monitors the thermal camera system says the countermeasures to the ongoing problem are no fail-safes.

"It's not perfect obviously, and whether it's law enforcement or ADOT in preventing these crashes because right now they're able to detect them but it puts law enforcement in a dangerous role where they're forced to get that driver off the road by any means necessary," Sullivan said.

ADOT also included in their emailed response that, "The state's countermeasures also include the AZDPS Night Watch Program to position troopers to watch for and respond to potential wrong-way vehicles."