DPS: Wrong-way driver crashed into 3 vehicles on I-17 near Thomas Road

This crash marks the 43rd wrong-way crash in Arizona this year. 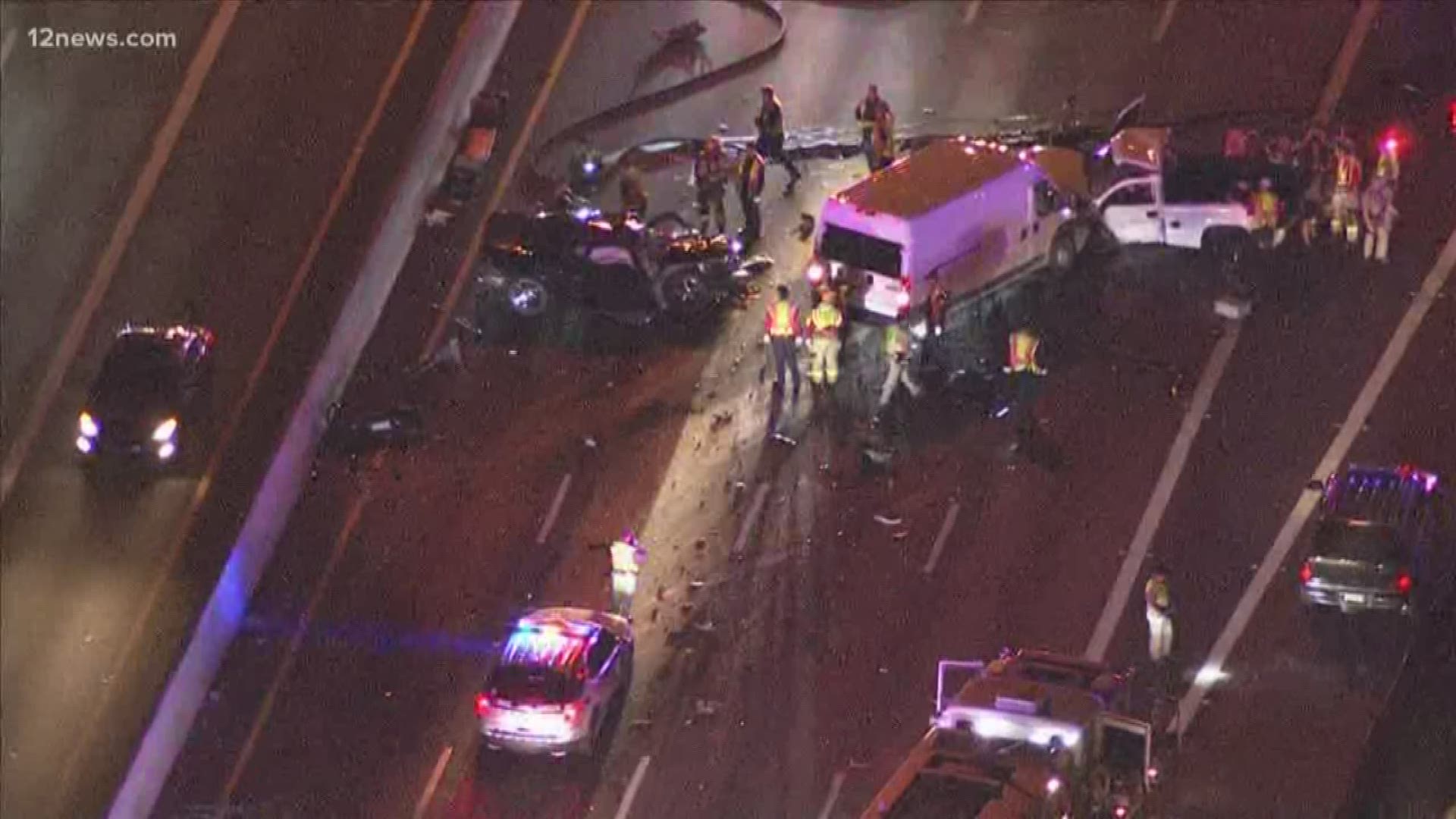 PHOENIX — A crash caused by a wrong-way driver, according to the Arizona Department of Public Safety, blocked the southbound lanes of Interstate 17 just before the Thomas Road exit for hours overnight.

According to DPS, the wrong-way driver was first reported going north in the southbound lanes at Jefferson Street and the I-17 Monday night.

RELATED: Wrong-way incidents on the rise in Arizona

The Arizona Department of Transportation installed a wrong-way detection system along this part of the I-17. The department released video showing the crash detected by this system.

WATCH: Video shows wrong-way driver crashing into 3 vehicles on I-17

The wrong-way driver, a 40-year-old man who lives in Cave Creek, suffered life-threatening injuries and was taken to a hospital, according to DPS.

Four other people were also taken to a hospital, two with serious injuries.

Drug impairment is suspected to be a factor in the crash, DPS said.

I-17 was closed for several hours before reopening early Tuesday morning.

This crash marks the 43rd wrong-way crash in Arizona this year.