Upon arrival, crews found a milk truck tanker involved in the wreckage leaking milk and diesel fuel, and a fire burning in one of the collided vehicles. 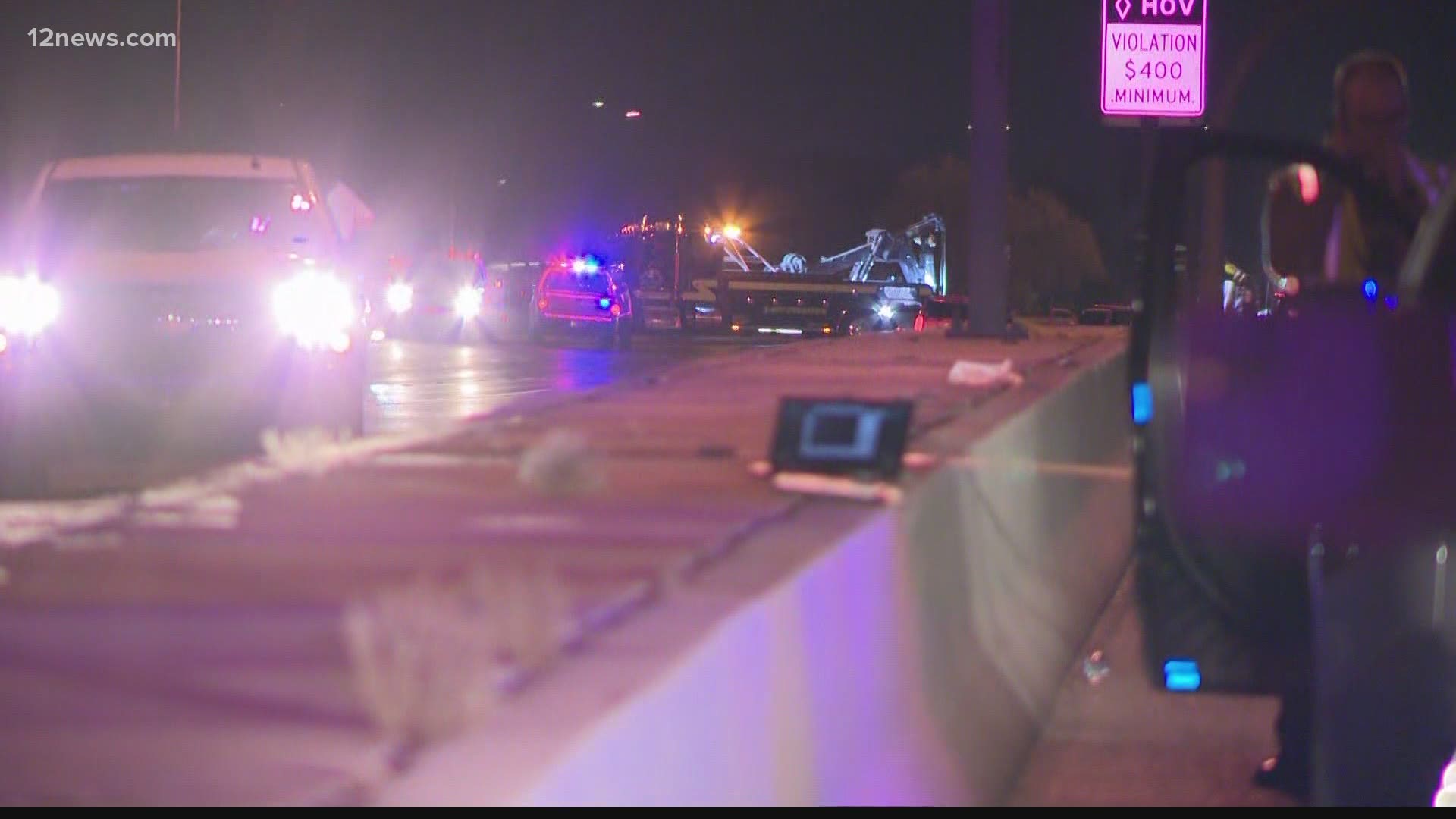 PHOENIX — The four people who were killed in a crash involving a semi-truck transporting milk and multiple other vehicles on the eastbound lanes of Loop 202 on June 9 have been identified.

The Arizona Department of Public Safety identified Sedeqwa Keyara-Parker, 35, and Alexius Hooper, 21, of Phoenix and Dante Brubeck, 20, and Jennifer Vidal, 20, of Casa Grande as the four victims of the crash Friday.

Nine other people were injured in the crash as well, police said.

The crash happened on the highway at 52nd Street around 10 p.m., just west of Papago Park.

Phoenix fire officials said when crews arrived they found a milk truck involved in the wreckage leaking milk and diesel fuel, and a fire burning in one of the other vehicles.

According to DPS investigators, the driver of the milk truck tanker was going eastbound on Loop 202 at the 52nd Street off-ramp and failed to slow down enough for traffic congestion. The milk truck hit multiple other vehicles.

DPS said there were a total of seven vehicles involved in the crash.

The tanker became separated, crossed through traffic, and crossed over a concrete barrier. It landed on the westbound side of Loop 202 and caught fire.

Four people died at the scene and six others were taken to area trauma centers in critical condition.

Four men and two women are in critical condition following the crash. And two men and a 6-year-old girl are in stable condition as of Thursday morning.

Impairment was not a factor in the crash, investigators said.

The National Transportation Safety Board announced that nine of its investigators will also conduct an investigation into the crash.

L-202 EB (Red Mountain) near Van Buren Street: A vehicle fire is blocking all lanes (and sending heavy smoke over the WB lanes).

OPEN: The westbound lanes of the Loop 202 Red Mountain Freeway have reopened. The eastbound lanes remain closed at this time. There is no estimated time to reopen the lanes. #PHXtraffic