The Maricopa Association of Government released its list of the 100 most risky intersections based off data from 2015-2019. 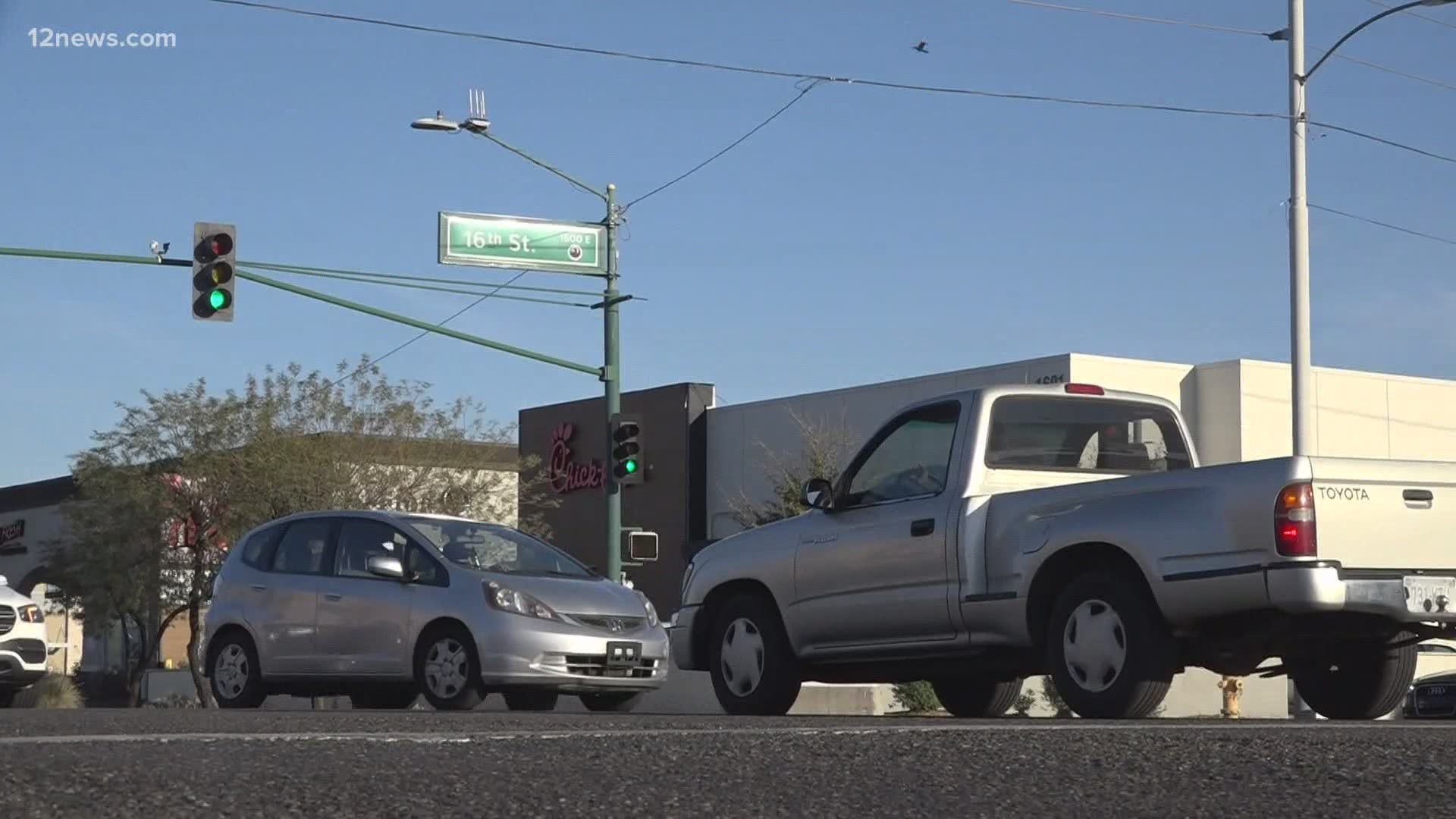 PHOENIX — Every day thousands of Arizonans hit the roads in the Valley, but all too often they don't make it home.

Phoenix ranks third among U.S. cities in total fatalities on its streets, behind Los Angeles and Houston.

The Maricopa Association of Governments has put out a list of the 100 most dangerous intersections. The list was complied using data between 2015 and 2019, and takes into account the number of crashes and severity.

Phoenix has 73 intersections on that list, including the top three.

Coming in at number one is 75th Avenue and Indian School Road. It was near that intersection that Officer Paul Rutherford lost his life in March of 2019. Officer Rutherford was responding to an accident in the area when he was hit and killed by another car.

"I think it is time we do something about that," Matt Wilson with the Phoenix Street Transportation Department said.

Many of the intersections on the top 100 list are focused in the West Valley. Wilson said a combination of high population, older infrastructure and characteristics like driveways on the side of the road play a factor in those high numbers.

Wilson said the city is working to address those areas that are dangerous through a combination of different efforts.

"There are some proven engineering and design techniques we know will show a safety improvement," Wilson said.

Those improvements include having better lights, that show clearer signals. It can include adding buttons to the automated crosswalk to help protect pedestrians. Even the lanes themselves can make a difference.

The problem is not only in the Valley. 51st Avenue and Camelback Road in Glendale is ranked number five.

Rural Road and University Drive in Tempe comes in at number 7. While Southern Avenue and Stapley Drive in Mesa ranks 12.

If you want to see the entire list, you can check it out here.

A map of all the locations, is here.