DPS said there were two crashes near one another on Loop 101 at 67th and 75th avenues. 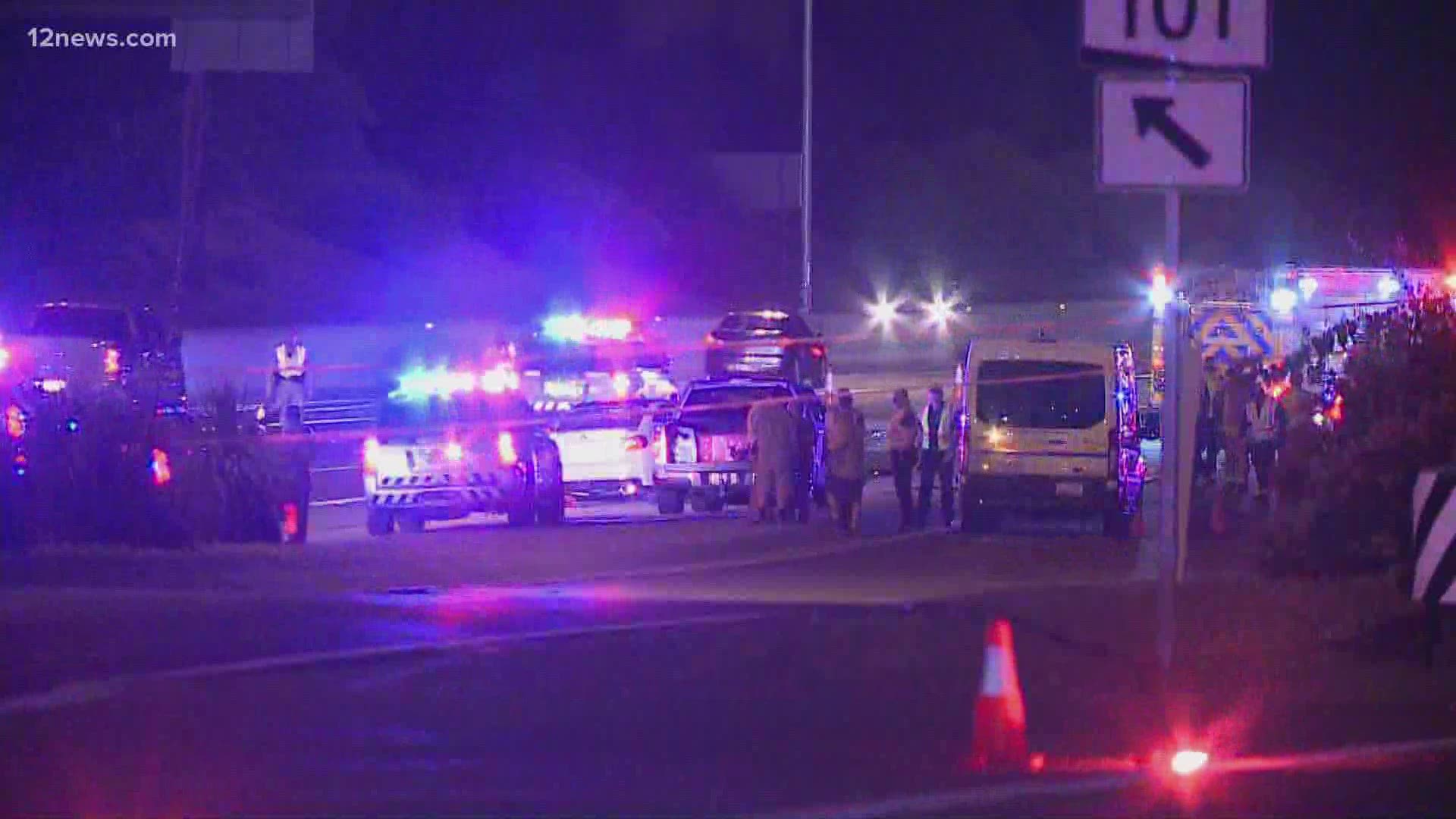 GLENDALE, Ariz. — Several people ran from the scene of a crash in Glendale that killed one person Saturday night, officials say.

The Arizona Department of Public Safety said there were two crashes in the same area. The first rollover happened on westbound Loop 101 in the area of 75th Avenue. There were no injuries from this crash.

A second crash then happened right behind the first at 67th Avenue, resulting in at least one death.

DPS said multiple people were reported running from the crash scene at 67th Avenue, but a conflicting report said nobody was outstanding.

The westbound lanes of Loop 101 were closed at 67th Avenue for several hours. Traffic can reenter the freeway at 75th Avenue.

There was no estimated time to reopen the lanes.

This is a developing story. Check back for updates when we learn more.

• 3-year-old dies after being pulled from Glendale pool

• Recreation areas close due to crowding, I-17 backed up for 15 miles during Memorial Day weekend