Monday night the Crew Dragon capsule made contact with the International Space Station. Four more astronauts joined the team, along with one special visitor. 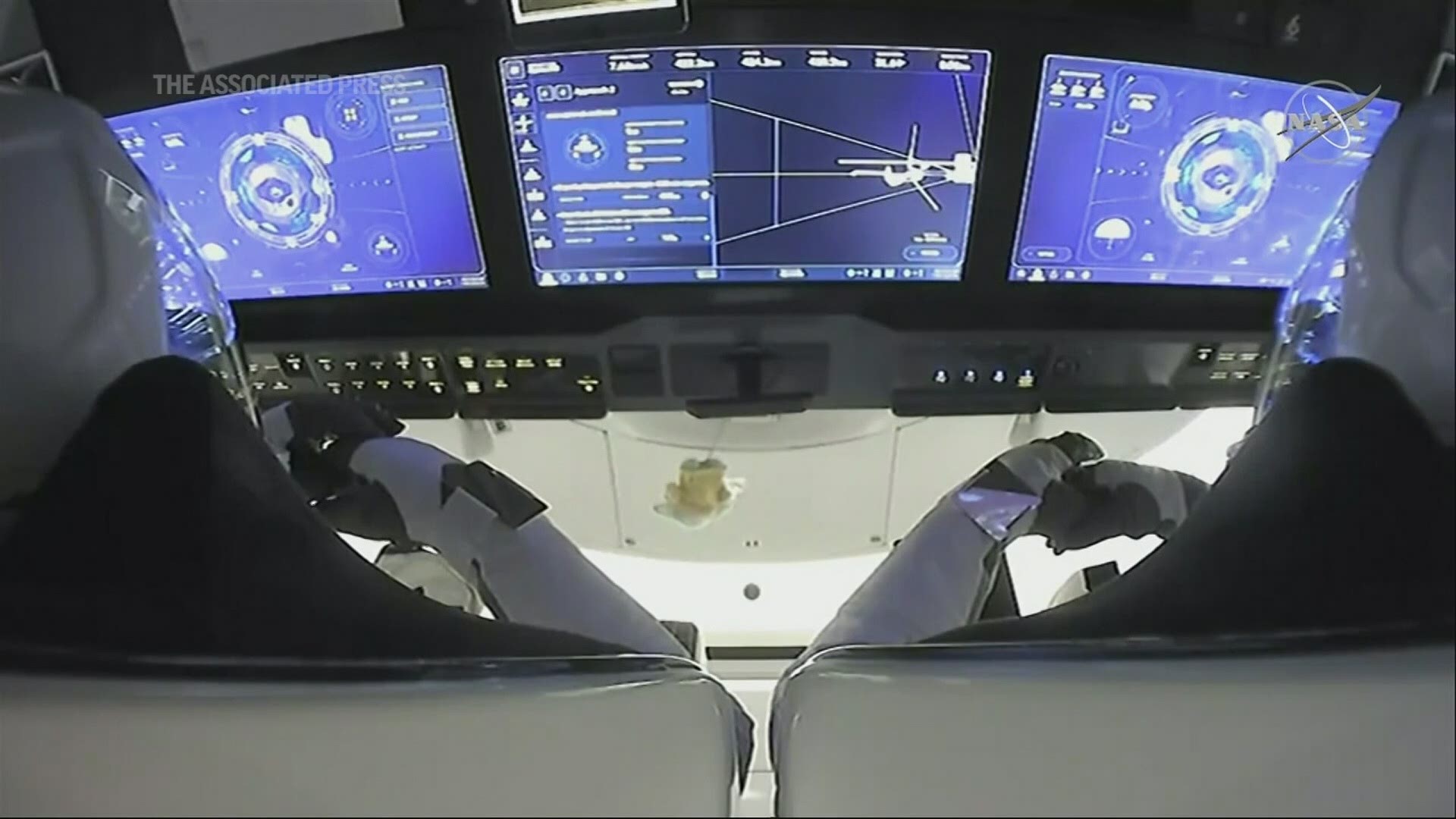 The Dragon capsule pulled up and docked late Monday night, following a 27-hour, completely automated flight from Florida. This is the second astronaut mission for SpaceX. But it's the first time Elon Musk's company delivered a crew for a full six-month stay.

The three Americans and one Japanese astronaut will remain at the orbiting lab until their replacements arrive next spring on another Dragon. They gave a tour of their capsule Monday, and first-time space flyer Victor Glover was presented his gold astronaut pin.

The hatches are open and NASA's @SpaceX Crew-1 astronauts Shannon Walker, @Astro_Soichi, @AstroVicGlover, and @Astro_illini are the newest residents aboard the @Space_Station. Welcome aboard! pic.twitter.com/WYwC7jRVQk

What we didn't know at liftoff was the astronauts snuck on a fifth crew member. Upon docking, video showed a Baby Yoda plush floating in the capsule. We're not sure if astronauts can watch the latest episode of The Mandalorian from space, but at least they have one more friend to keep them company.

RELATED: History made as Black astronaut prepares for extended stay mission on the ISS