NASA hosted a livestream of the first-of-its-kind mission on Tuesday afternoon. 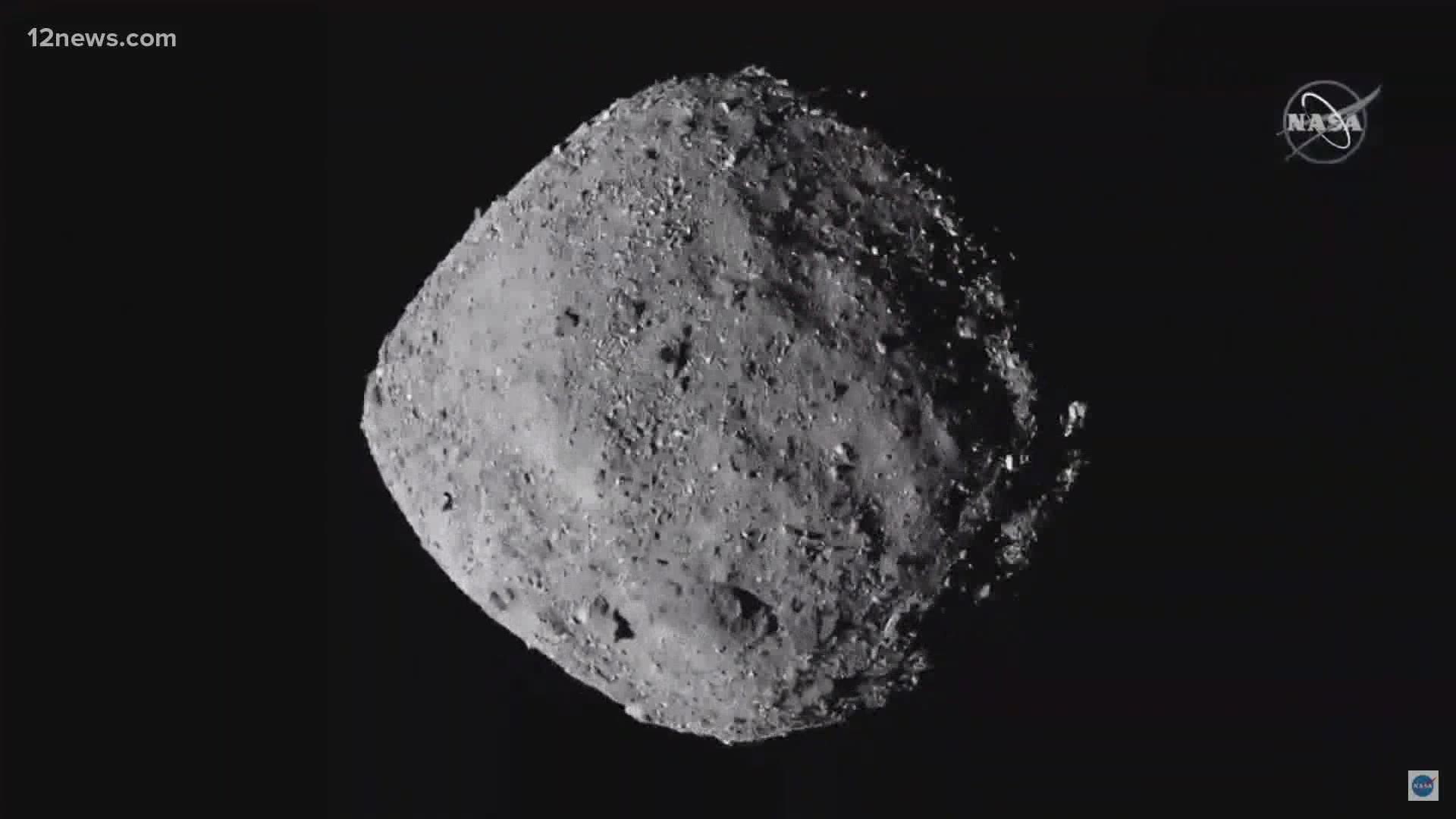 ARIZONA, USA — Update: The mission was a success! The OSIRIS-REx is now delivering the asteroid samples back to earth with a delivery date of 2023.

The original story is below:

People across the world had a chance to witness whether a historic asteroid mission succeeds or fails Tuesday afternoon.

The OSIRIS-REx spacecraft developed by the University of Arizona and NASA attempted to collect a sample off an asteroid named Bennu while it's hurtling through space.

"This is the smallest object a spacecraft has ever been in orbit to," Dr. Thomas Zurbuchen, the associate administrator for the Science Mission Directorate at NASA, said.

"It's about the size of the Empire State Building, or so, in dimensions."

There's a lot happening on the surface of our planet right now (international pandemic, social upheaval, economic disparity, etc.). It can be difficult for the non-scientists to be interested in what appears to be just another space mission.

However, Zurbuchen said this mission could help answer some of Earth's fundamental questions.

"Science is about hope," Zurbuchen said. Thomas Zurbuchen, Associate Administrator
Back to Leadership Team Scientific discovery is one of humanity's most important endeavors. Using the tools of exploration, we can better understand our world and our universe and ultimately learn more about ourselves. All discovery is interconnected, and no important question stands alone.

What's collected from the asteroid could help teach humanity about the building blocks of life and our own planet. It could also help protect us against potentially dangerous asteroid impacts in the future.

"This [asteroid] is actually a rock that has a certain probability within a hundred years to hit the Earth," he said.

"What we're doing with this analysis is making prediction models for such impacts better so, should a rock like it come our way, we're better prepared."

After Drake died due to liver cancer in 2011, Dr. Dante Lauretta from UArizona took over the mission.

"Dr. Lauretta's team and the University of Arizona managed it so well that a smaller amount of money was used for the project than predicted," Zurbuchen said.

"It actually brought money back to NASA. They managed it very well."

Earthlings will have the chance to see the first-of-its-kind mission live through a stream available on the NASA website and Facebook page at 2 p.m. Arizona.

If you missed the livestream, you can find it here: