Hundreds of thousands of songbirds dead in Arizona, Southwest due to climate change issues

The "mass die-off" in the southwest United States has been attributed to starvation, changing temperatures, and drought linked to the current climate crisis.

ARIZONA, USA — Hundreds of thousands of birds have died since last autumn in the southwestern United States due to climate change issues, recent reports have found.

The "mass-die off" of songbirds in Arizona, New Mexico, Texas, Colorado, and Nebraska have been mostly caused due to starvation, according to the USGS National Wildlife Health Center study reported on by The Guardian.

The starvation has been attributed to the extreme drought that southwestern states are currently experiencing. The unseasonably cold weather that northern states experienced early this year also worsened the die-off, causing earlier-than-usual bird migrations.

Two experts from Arizona State University see the report as another tragedy in the multiple climate change issues the state is facing. The die-off may also be a signal that Arizona, and the world at large, is facing a tipping point.

Dr. David Pearson, a research professor of biology at ASU, said that die-offs in the United States may not be as uncommon as we think.

"The mortality rate among young migratory birds is around 80%, and that's without any human intervention or man-made factors involved," Pearson said. "The other issue is that birds have hollow bones and decompose very quickly, so this may happen more often than we think."

While die-offs may be common, extreme cases are very unusual. It's rare to see hundreds of thousands of birds die in a small time frame.

Dr. Pierre Deviche, a professor of bird physiology at ASU, said he hasn't seen a die-off of this scale in the 20 years he's been in the state.

"This is the first time I've heard of a die-off to this extent," Deviche said. "Die-offs do happen. It's a natural phenomenon. But, usually, you do not see them on a scale like this, especially across multiple states."

The severity of this die-off has been seen firsthand by some expert birders in Arizona during the "Christmas Bird Count" project, Deviche said.

The project, which is a national event led by the National Audubon Society that happens in the days around Christmas, encourages people go around and count all of the birds that they see for scientific purposes.

The findings of birders during this year's count paints a dire picture, the full extent of which won't be realized until there is more research.

"Birders were saying they were going out there and wouldn't see a bird for two hours, which is very unusual," Deviche said. "It was a really striking thing."

How will this mass die-off affect Arizona?

Migratory songbirds suffered starvation, made worse by the lack of food the birds found once they arrived in the southwest.

The extreme drought and record-breaking wildfires that Arizona saw in 2020 destroyed a large amount of the state's plant and insect life, which birds primarily feed on. Birds began to wither away due to the lack of this food.

The removal of plant and insect life negatively impacted the bird population dramatically. Will the missing bird population also have dire effects on the habitat? It's hard to say, according to the experts.

"I'm not sure that can be answered yet," Deviche said.

"A big die-off event like that, animals are usually able to rebound amazingly well. You can have a large dip in a population and then large growth years later. The problem is that if you have this kind of die-off happening for multiple years, then you could have huge populations suffering from that."

Birds tend to have a large effect on the ecosystem, Pearson said. Birds help with seed dispersion, plant reproduction, insect control and more. A massive blow to the bird population may send ripples throughout the food chain.

"With how much humans are involved in climate change and in introducing harmful habitat factors, we're just pilling on the issues," Pearson said.

"How many changes can an environment absorb before it comes to a tipping point and there's a major change? We expect that the changes aren't going to be gradual. The changes are going to be very, very sudden."

So, what can Arizonans learn from this die-off?

One of the first things people can learn from this report is that this die-off is both a tragedy and a symptom of a larger problem, Pearson said.

A drought was a durable, short-term issue in the past. A drought at the same time as drastic population decline and other climate-change-related issues puts the southwest closer to an ecological tipping point.

"Sometimes people need something really visible," Pearson said. "Something that people who are on the margin or who aren't even totally interested to say 'wait a minute, that's a little extreme.' This is evidence that something really is going on right around us."

Animal species dying off or even going extinct is just one issue under the umbrella of climate change. The more issues that are created, the harder it will become to find solutions.

"Pilling up all of these problems on top of each other, it's just too much," Deviche said. "All of these habitats are just vanishing. Things don't seem to be getting better." 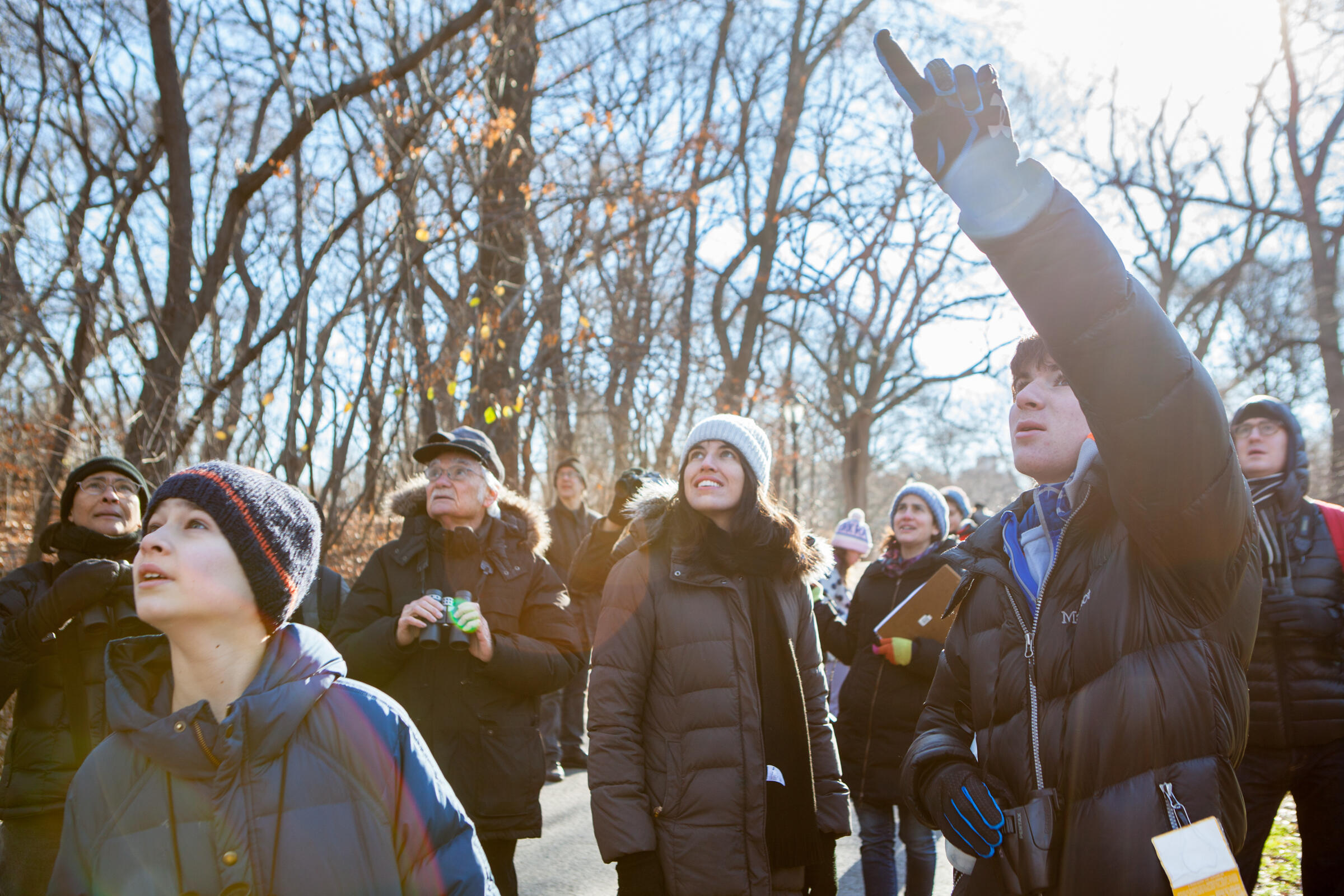 Above America | Focused on Fall