Samples are taken and brought back to the surface where they are analyzed for months in a lab. 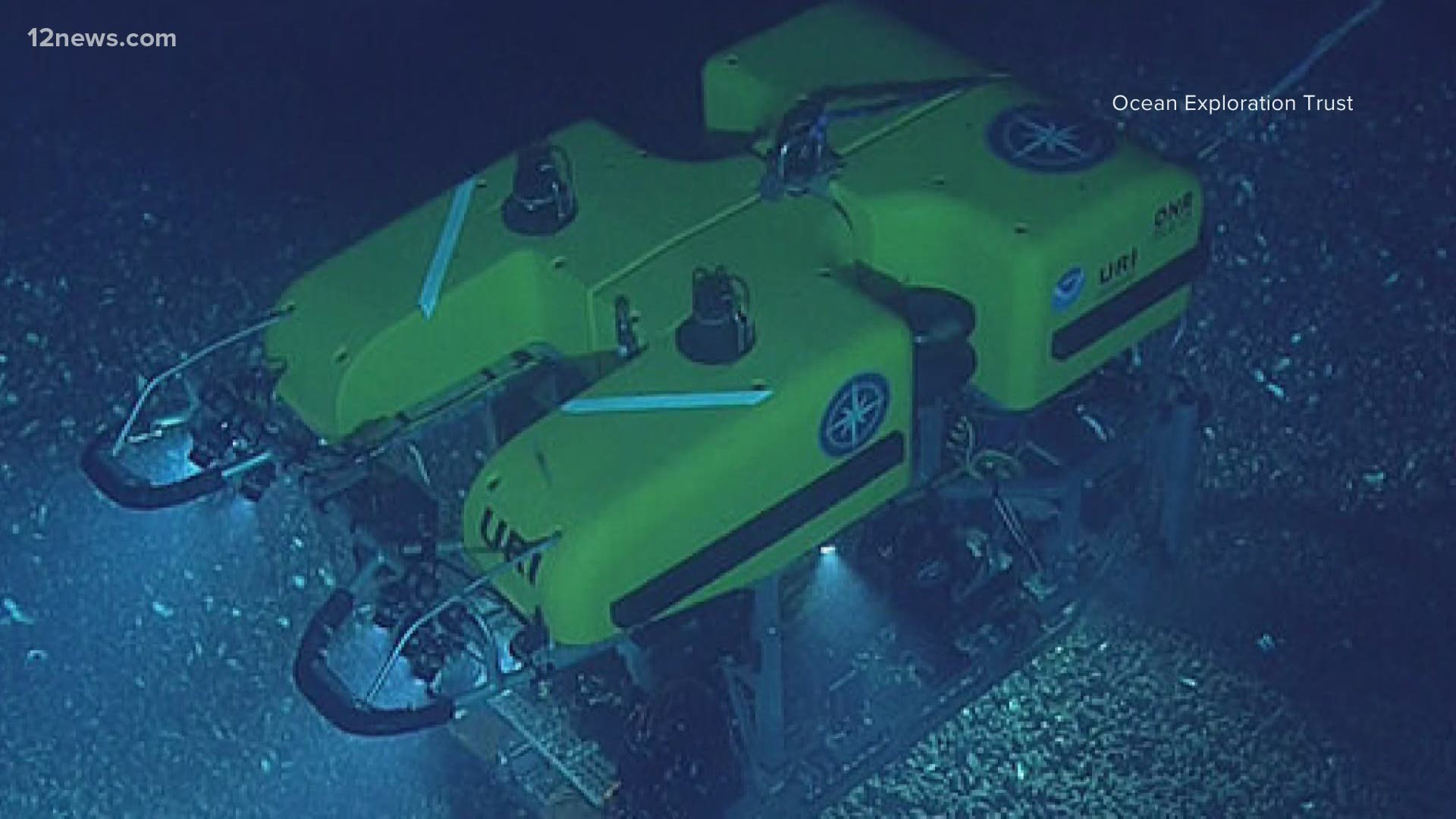 PHOENIX — Researchers at Arizona State University have developed a new method that could drastically improve the way we explore space, and it is all happening some 3,500 meters under the sea.

Researchers Dr. Everett Shock and Dr. Vincent Milesi developed a method to interpret data received during deep-sea explorations in a short amount of time to allow researchers to make informed decisions on the next steps of a remote research project in just hours.

The old way vs. the new way

“Well, there was one thing that we did, especially from ASU, was we kind of turned the system on its head,” said Shock.

In traditional deep-sea explorations, especially when a remote-controlled vessel is used to reach depths of the ocean unhabitable by humans, data analysis is a long and complicated process.

Typically, an exploration is planned, samples are taken and brought back to the surface where they are analyzed for months in a lab. Decisions on where or what to explore next are then determined.

Taking part in a project sponsored by the Ocean Exploration Trust, a non-profit that supports the scientific explorations of the Earth’s oceans, Shock and Milesi used deep-sea exploration to put their method to the test.

“So, what we did was to do a huge number of calculations and models taking advantage of clever ways of doing computer programming, so that he had a whole bunch of predictions of possible chemical compositions that we might see,” said Shock.

These predictions of all the possibilities they might find on a mission, allowed them to line up the data they received and compare it to all the predictions. At that point, they could analyze the data much quicker. Like an autofill feature on text messaging, the predictions could point the researchers in the right direction instantly.

“We built in this delay of a day in our communications, to simulate what it might be like to try to communicate with a team of astronauts exploring, say on Mars,” said Shock.

Shock and Milesi built in their delay in the communications with the ship Nautilus to simulate the delays scientists find in space exploration.

Unlike deep-sea exploration, space exploration comes with delays and gaps in communications. Sometimes researchers will encounter 30-minute delays while talking with astronauts over the radio, or have to wait for a small window of time when the entire data from a rover is sent across space from a previous day’s missions. Their new method of analyzing data would allow them to develop more nuanced plans of action for a space crew for the next day, as opposed to the next voyage.

“And that's where [the] ability to have already done a whole bunch of modeling and computation of what was going on in the system was so valuable,” said Shock. “Because we could try a bunch of things really rapidly. ‘Hey, does it work this way? Does it work that way?’”

With a plan in place to quickly analyze and react to data on a remote mission, NASA is planning on using Shock and Milesi’s method on its next probe mission to Jupiter.

“The Europa Clipper mission was approved several years ago, we've been working on it,” said Shock. “I'm involved in that project. The launch date is coming up in a couple of years.”

Europa, a frozen water moon of Jupiter, is a perfect environment for Shock’s and Milesi’s method, and the underwater exploration of the Gorda Ridge was the perfect location.

It’s thought that Europa’s surface, which is covered by ice, sits over a giant ocean. As Europa Clipper passes by, Shock and Milesi will be able to analyze the data and help NASA get the most out of their mission.

“I think it's a real benefit to try to do things differently than you've been doing them,” said Shock. “It causes you to have all sorts of new ideas about how things can be done.”

For more inspiring stories from Arizona: