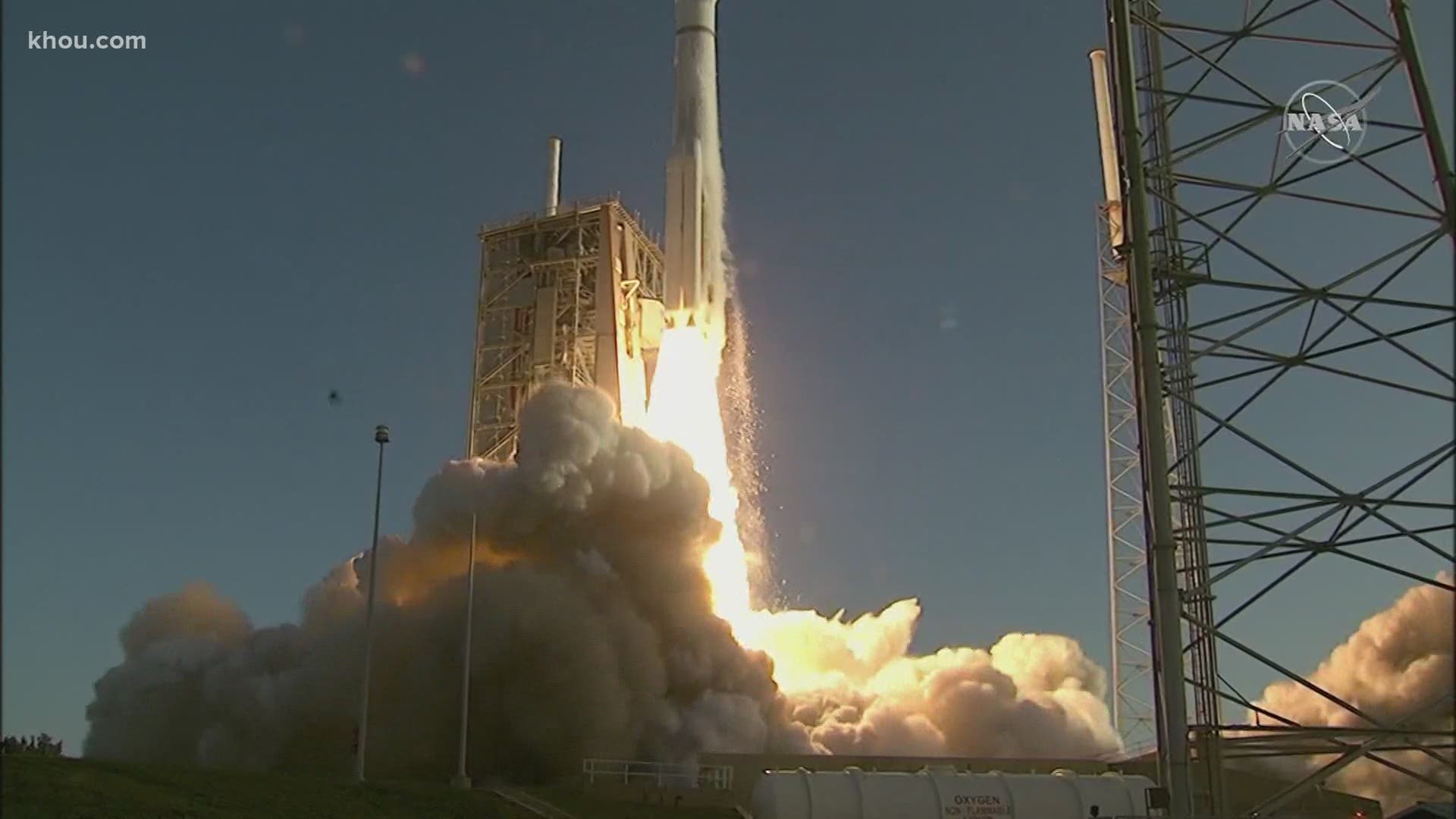 In 2013, NASA fielded proposals from around the world for science instruments to be attached to the 2020 rover being sent to Mars. ASU professor Dr. Jim Bell and his team sent a proposal to NASA and were selected in 2014 to design and build cameras for the rover.

Dr. Bell says a lot of people ask about what goes into building a camera for a Mars rover and what makes it so complicated.

“A lot of people ask, why can’t you just send a cell phone camera, why can’t you just go down to a consumer electronics store, buy a DSLR and send that, wouldn’t it be a lot cheaper and easier?" Dr. Bell said. "Well, the problem with that is, none of those things would survive the crazy vibrations and shocks of a rocket launch and deployment into the vacuum of space, the crazy temperature swings of a space environment and then the shocks and vibrations of having to land on another planet like Mars." 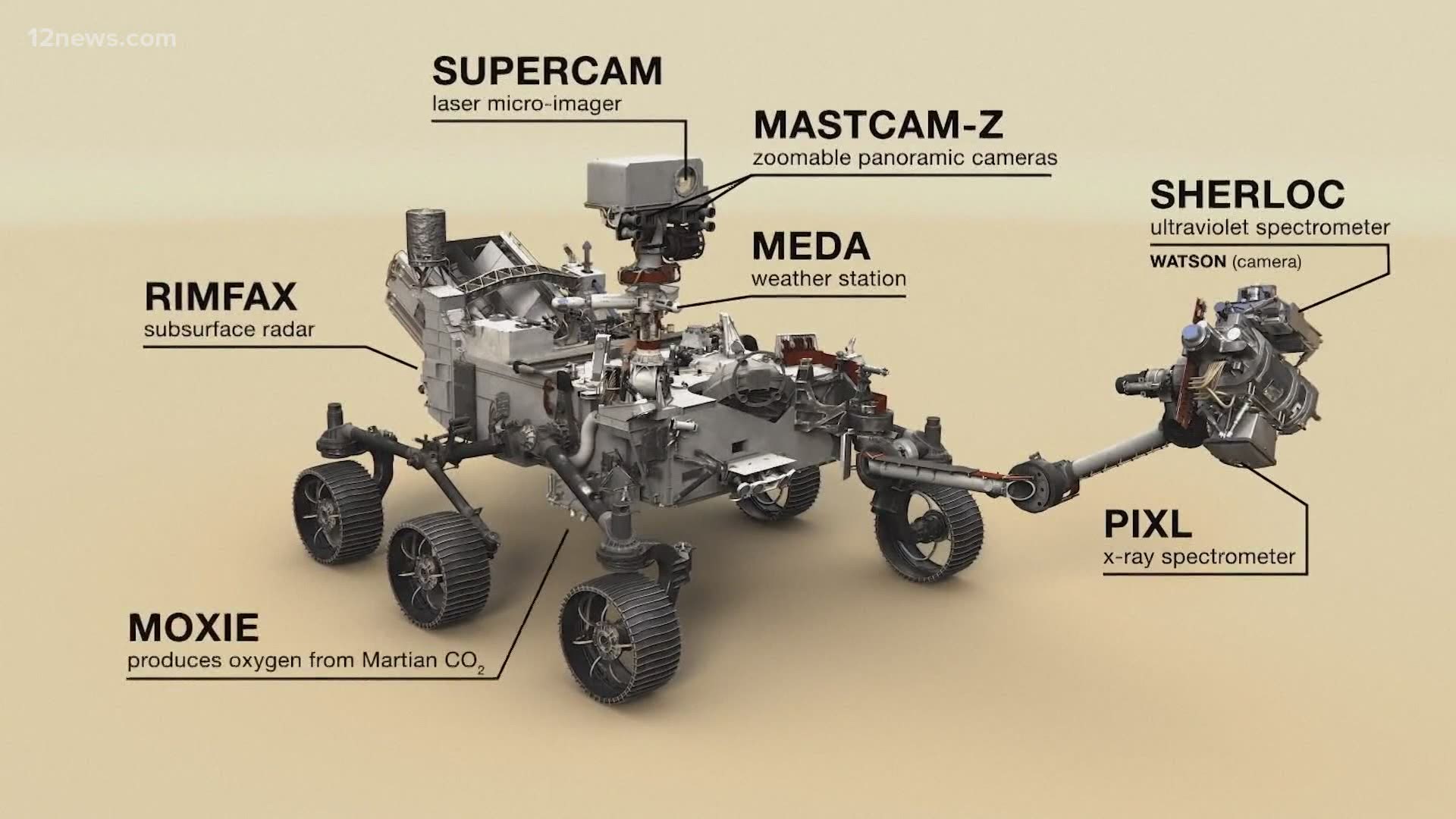 Furthermore, the cameras have to be able to withstand Mars itself, which is incredibly dusty and has major temperature swings. Dr. Bell explained that instruments being used by the rover must be built in a rugged way so that they can withstand those kinds of conditions, something most consumer camera equipment could not do.

The cameras on the Perseverance Rover designed by Dr. Bell and his team are an evolutionary version of cameras on the Curiosity Rover, which landed on Mars in 2012.

There are two cameras on the Curiosity Rover, one being a wide-angle camera for panoramic views and the other is a telephoto camera, used for zooming in close to things.

Dr. Bell says the cameras they built for the Perseverance Rover have the ability to do both things, instead of needing separate cameras.

“We decided, instead of trying to have those separate kind of cameras, to build a zoom lens system so we could go wide-angle with both cameras all the way to telephoto with both cameras at high resolution,” Dr. Bell said. “So that’s the innovation, that’s the improvement. And that will allow us to do a lot of 3D stereo imaging, much more than NASA’s able to do with the curiosity rover.”

Dr. Bell and his team will assist NASA once the rover is on Mars by driving the rover and controlling all the imaging from the Tempe campus.

What makes this rover’s mission different than the Curiosity Rover is that the Perseverance Rover is intended to be the first part of a Mars sample return mission.

“We’re not going to just be drilling into the surface, but collecting cores of rocks and collecting samples of soils and sands and putting them in little tubes that are inside the rover,” Dr. Bell explained.

Bell says a future rover, supposed to launch in 2026, will go pick up the sample tubes and put them on a lander that will launch them off the surface of Mars, all robotically, up to an orbiter waiting to collect the sample container and bring it back to the earth sometime in the early 2030s.

“That’s really the new aspect of this,” Dr. Bell said. “We’re going to be seeing Mars through these robotic eyes, but within a decade we might actually see that stuff with our own eyes and study it in great detail.”

The NASA launch from Cape Canaveral happened Thursday morning at 4:50 a.m. Arizona time. You can rewatch it below.

WATCH LIVE: NASA and the United Launch Alliance are set to launch the Mars 2020 Perseverance rover to the red planet aboard an Atlas V rocket. The launch window is set for 7:50 a.m. from Kennedy Space Center in Florida. HOW ASU WAS INVOLVED: https://www.12news.com/article/tech/science/arizona-state-university-has-big-role-in-nasas-mars-rover-launching-thursday/75-6a827e47-975c-4c36-8c76-4836b99337b3.

Dr. Bell said thousands of people around the world have contributed to making the launch happen, including 20-25 people at ASU who have been working for seven years and investing extensive time into the camera project.

“All of that has happened and then you’re watching the fruits of your labor up on a bomb, a controlled bomb that will hopefully work perfectly in the morning, so we’re nervous but excited,” Dr. Bell said. “I think NASA’s got this, they got it, they’re going to do it. After all, it is rocket science, so we’re going to be watching, cheering, and keeping our fingers crossed for a great launch and a great mission.”

🚀 We have LIFTOFF to Mars! The @ulalaunch Atlas V takes flight with our @NASAPersevere rover. The #CountdownToMars continues as Perseverance begins her 7-month journey to the Red Planet! pic.twitter.com/3RTL1CR4WS