Briony Horgan, a planetary geologist, is part of the science team that helped pick the landing spot for the Perseverance Rover. 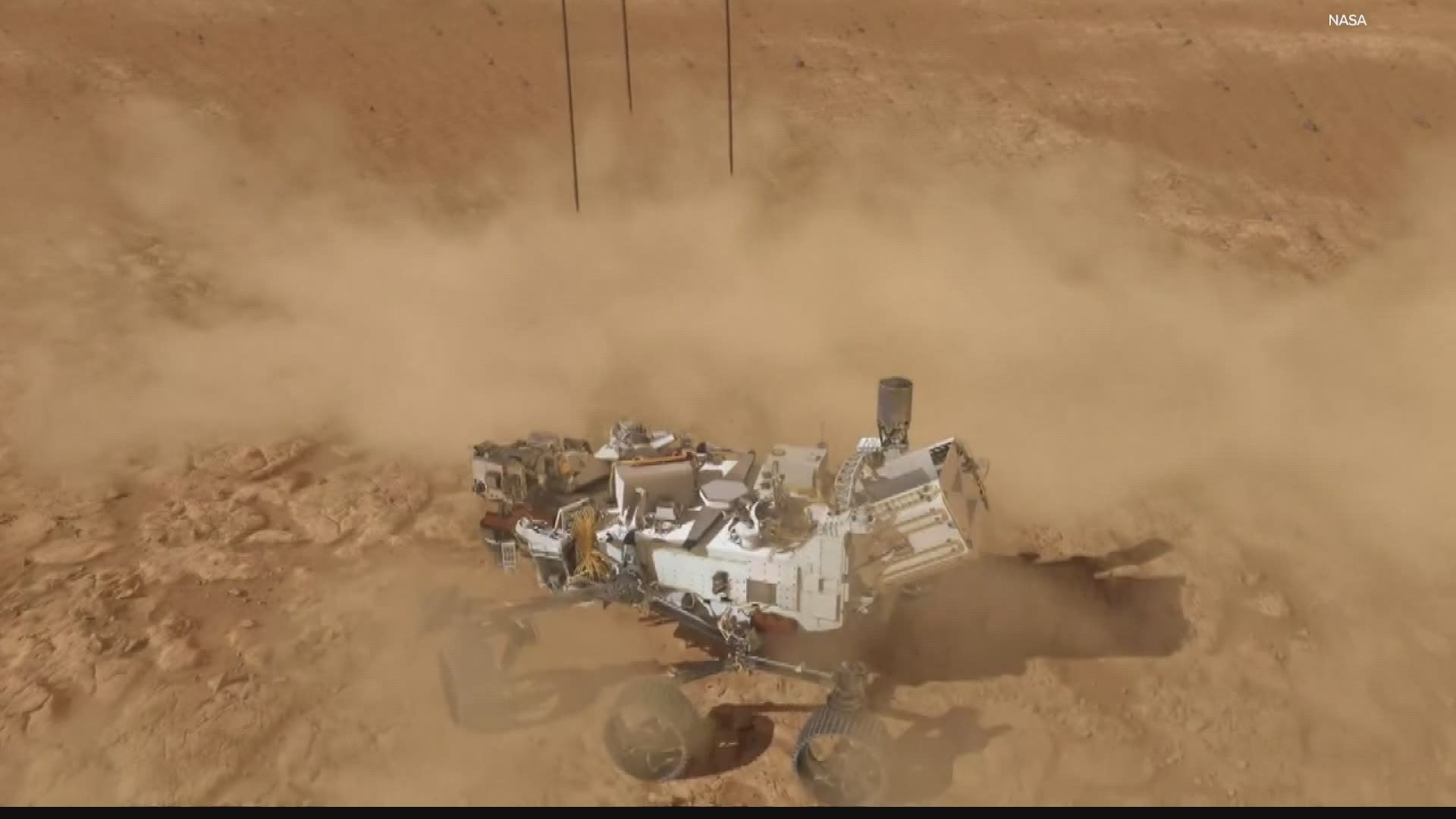 Horgan, a planetary geologist, is part of the science team that helped pick the landing spot, Jezero Crater, the mouth of an ancient river on Mars.

"If you had to go to one place on earth to try to understand the entire history of the geology and life all over earth, where would you go?” Horgan asked. “It's really tough. So, we had that same kind of decision-making process for Mars."

Credit: ESA/DLR/FU-Berlin
This image shows the remains of an ancient delta in Mars' Jezero Crater, which NASA's Perseverance Mars rover will explore.

The primary mission is looking for past signs of life.

"When we look for life on Mars, we're looking for signs of ancient microbes, which is really tough because they're very small,” Horgan said. “So, our rover is very advanced. But because of that, one of the big parts of this mission is collecting samples of rocks that might contain signs of ancient life and bringing them back to Earth."

The Perseverance rover will collect pencil-sized tubes of surface material to be studied immediately by on board cameras and microscopes, but eventually retrieved by future missions to Mars in the next decade. The rover even has a mini-helicopter that can hover above the surface of Mars.

"The fact that we can land this incredible machine, this rover is a semi-autonomous robot that can collect detailed microscopic analyses of rocks on a planet that's hundreds of millions of miles away and that's just incredible to me,” Horgan said.

Credit: NASA/JPL-Caltech
This illustration depicts NASA's Perseverance rover operating on the surface of Mars. Perseverance will land at the Red Planet's Jezero Crater a little after 3:40 p.m. EST (12:40 p.m. PST) on Feb. 18, 2021.

The rover will be collecting samples on Mars for about three years.

Perseverance may bring us those answers.

The Perseverance rover is scheduled to land on Mars at 3:55 Thursday afternoon.

You can watch live on the NASA app and several other channels. The signal takes about seven minutes to reach earth and will have video and audio from Mars.

Mars is a busy place. Rockets from China and the United Arab Emirates arrived in the orbit of the red planet just last week.