Social media has paved the way for an entirely new linguistic ecosystem. Here are some new words and trends from 2019. 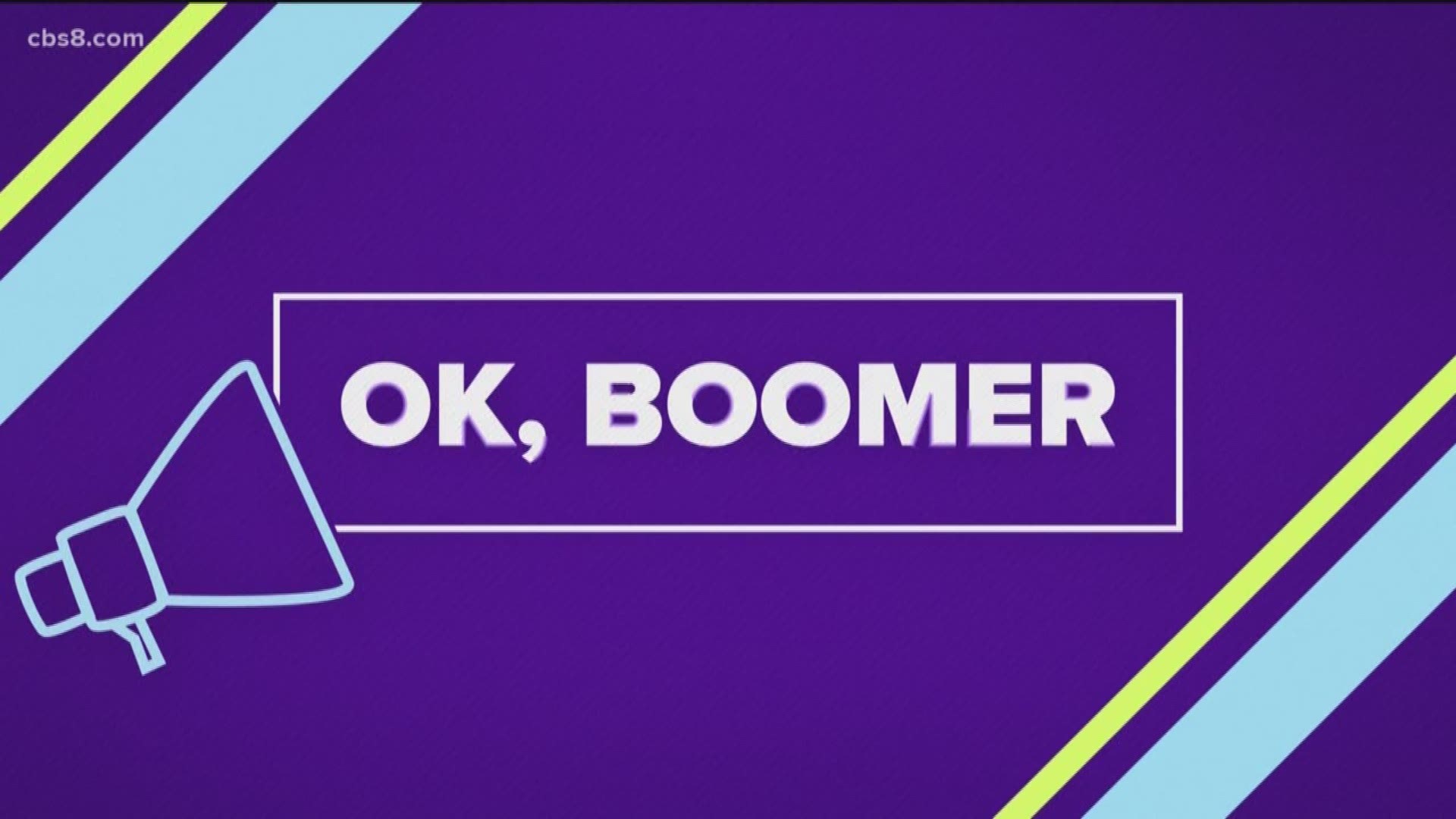 Social media has created an entirely new linguistic ecosystem, with new words, phrases and features for expressing ourselves cropping up all the time.

Last year, internet language expert Gretchen McCulloch – whose best-selling book “Because Internet” is its own noteworthy language event of 2019 – identified multiple terms that have become popular among Gen Z users in recent years. They included “finsta” – a social media user’s second account with a more private, selective audience – and the interjection “yeet,” which is meant to convey surprise or approval.

As the year winds down, we’ll walk you through some other recent trends to get you up to speed before you’re inevitably barraged with new ones in 2020.

1. From drag queens to VSCO girls

Two new language features – “sksksk” and “and I oop” – are often talked about together. That’s because VSCO girls – largely white, teenage, middle class girls who promote a certain style and aesthetic on social media – have popularized their use.

The first, “sksksk,” is a popular keysmash, representing someone furiously hitting the “S” and “K” keys back and forth.

It can mean laughter, excitement or nervousness. As Buzzfeed explained, “It’s sort of like saying ‘I can’t even’ as if it were still 2013.”

What helped it catch on? The two keys are spaced fairly far apart on mobile devices with a more crowded keyboard layout, so they’re easier to smash back and forth with each thumb. And it’s more pronounceable than a traditional keysmash – “as;ldfkjls” – so it can be said out loud. However, this out-loud pronunciation is often used for mockery – so use it carefully.

The next, “and I oop,” comes from a video that went viral in 2019. In it, drag queen Jasmine Masters – a competitor on “RuPaul’s Drag Race” – interjects an “oop!” mid-sentence, after “and I…” She explained that the interjection occurred because she’d painfully hit her testicles.

The phrase became widely used in a similar fashion: to acknowledge – and lighten the mood after – an embarrassing or jarring situation.

But that’s how language trends proceed. They aren’t widespread and popular immediately.

Like a lot of language innovations, these two can trace their origins to queer people of color and Black English. So there’s an element of appropriation. As they become more widely used – and associated with speakers like VSCO girls – their origins are forgotten.

“OK Boomer” might be the most discussed and debated 2019 language trend. There’s a lot under the hood of this phrase, which is a signpost for intergeneration sociopolitical tension.

It gained traction through the “OK Boomer” song, recorded by Peter Kuli & Jedwill, that TikTok users started including in their videos. It then spread as a hashtag on social media platforms like Twitter.

Vox does a good job distilling the meaning of the phrase: It’s intended to convey “the perceived irony that while Boomers nitpick and judge younger generations for their specific choices, it’s the Boomers’ own choices that created the bleak soc

It can be deployed simultaneously as a prod – for Boomers to think about the political tension and their role in it – and as a deflection, stopping the conversation to indicate “You already have all the power.

We’ll often see people use all caps for emphasis.

But recently, people have started using alternating capital letters to express a different kind of intonation: mockery or exasperation.

Yes, this was mainly popularized a couple of years ago in a SpongeBob SquarePants meme. (And it likely originated even earlier, assuming an even snobbier tone.)

But this year, it’s broken from its original meme mold. It doesn’t have to include repetition, nor does it need an accompanying SpongeBob image. But it stills signals mockery, outrage or exasperation.

As we move into 2020 and beyond, we’ll have a sense of which of these trends have stuck around, and which were passing fads. Next year will surely have its own quirky trends that might make you go “sksksk.”

[ Deep knowledge, daily. Sign up for The Conversation’s newsletter. ]

This article is from The Conversation, an independent, not-for-profit news organization dedicated to spreading ideas from experts. Republished under a Creative Commons license.