The Wear Blue: Run to Remember is a way for service members to support kids with a loved one who died in action. 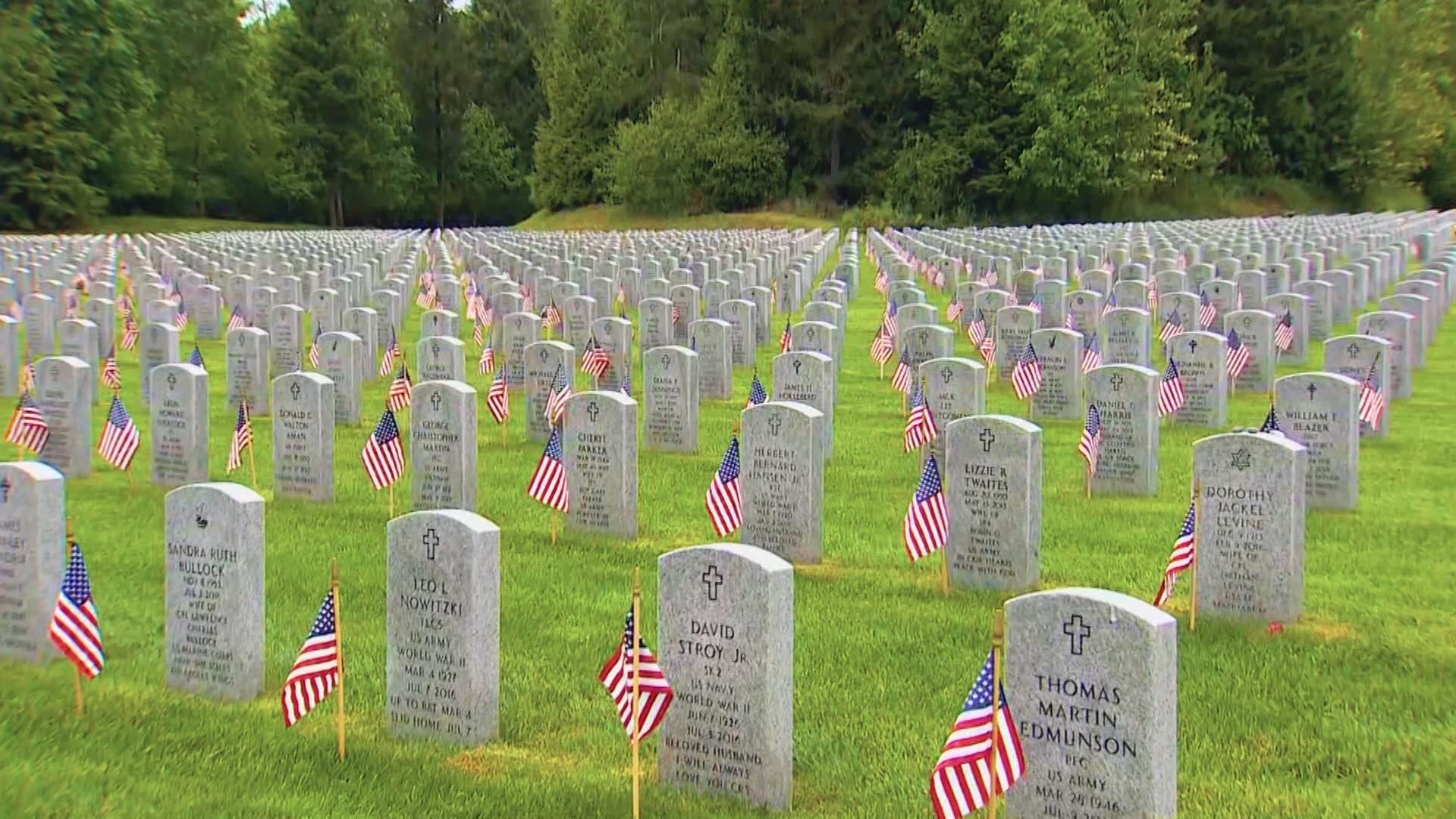 WASHINGTON — In dozens of cities across the U.S. on Memorial Day, members of the military will run a 5K alongside children whose family members died while serving our country.

It's part of an event called Wear Blue: Run to Remember, which pairs active duty mentors currently in the military with a Gold Star child. Gold Star families are those who had an immediate family member die in the line of duty.

The pairing is often transformative for both parties.

"Children are empowered to navigate the complicated impacts of traumatic childhood grief, and reclaim their lost identities as military children, while mentors are able to complete their own cycles of healing," the organization says on its website.

The pairs run a 5K, or 3.1 miles, together each Saturday for six weeks before Memorial Day, when the group gathers with other military, family and civilian supporters for an honorary "Run for the Fallen."

Anyone can sign up for the Memorial Day runs, which are held in cities across the U.S.

The organization formed in 2009 when a group of Army wives and battalion support staff started meeting weekly to run together. Their husbands were serving in the 5-2 Stryker Brigade Combat Team, a unit that suffered numerous losses during its deployment.

Eventually, two of the women turned their mission into a national nonprofit, named in honor of the blue unit shirts the original group wore to show support.

RELATED: Bullied as a kid for her shoes, this Air National Guardsman is collecting footwear for kids in need

Fourteen-year-old Joey Milledge is one of the runners participating with a group in the Seattle area. The Gig Harbor ninth-grader lost his father, Sgt. Joseph Milledge, Sr., when he was just 1 year old.

Joey's mentor, James Soldner, has been running with him for two years. Joey describes James as "awesome" and "so much fun."

James even supports Joey outside of their weekly runs by attending his sporting events.

For Joey's mom Amanda, it's connections like these that she hopes keep her son connected to his late father and the sacrifice he made.

She said the run is "a part of [Joey] getting to know his dad."

"When I'm running it feels like my dad is running next to me," Joey explained.

Both mother and son say they hope the run encourages people to honor the true intention of Memorial Day.

"The biggest thing I want people to remember on Memorial Day is why we have Memorial Day," Amanda said.

If you want to join the effort to honor the 65,502 men and women killed since the beginning of the Vietnam War, you can commit to running with Wear Blue: Run to Remember here.