Filipino-American filmmaker Sonny Izon's documentary 'An Open Door' recounts how the Philippines gave refuge to 1,300 Jews during the Holocaust. 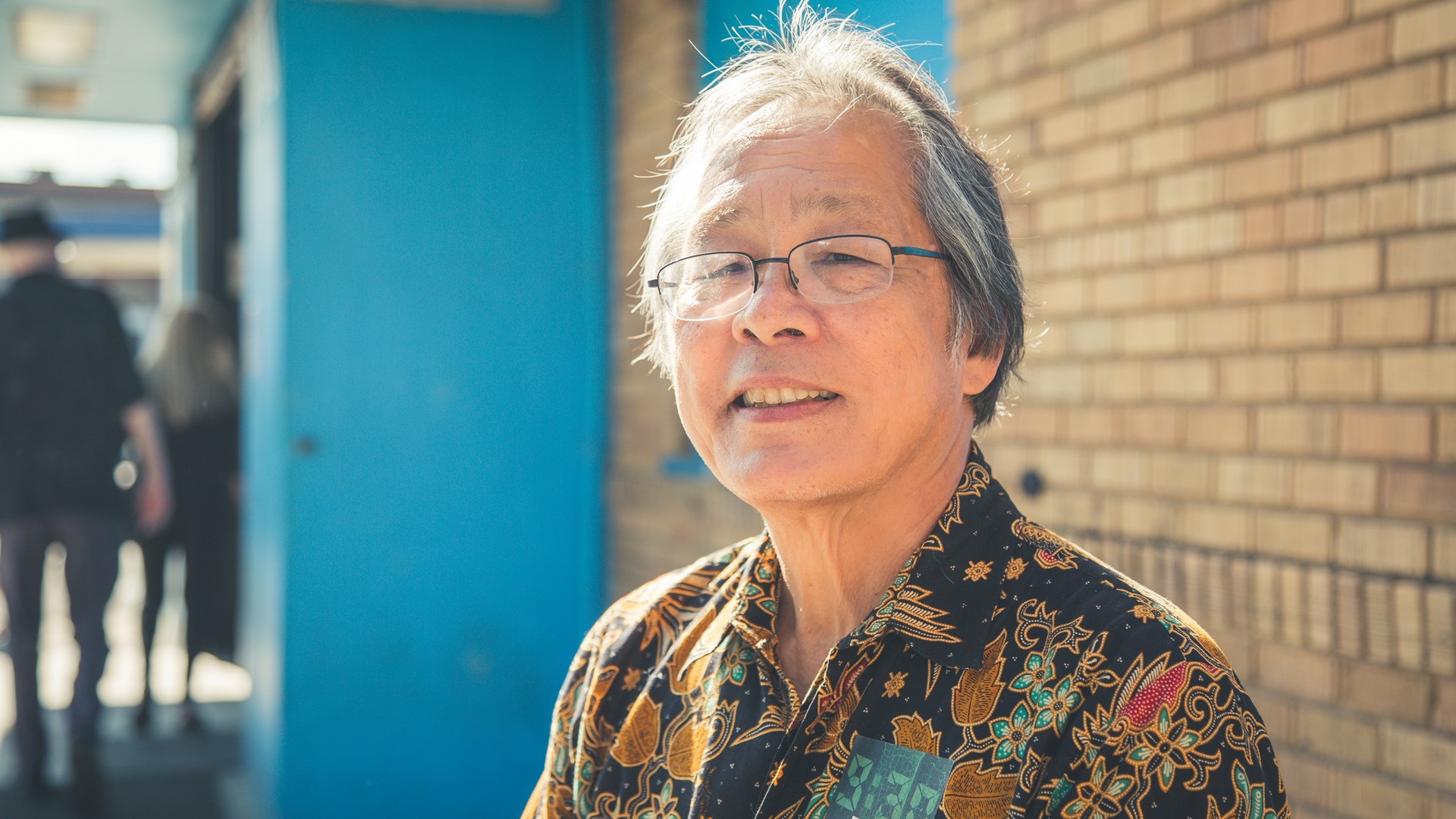 He was born in the Philippines in the aftermath of World War II. The remains of Japanese and American military gear became toys for Izon and his playmates.

“When we were playing as kids, we'd played war. We had the real stuff. We weren't making pretend. And I think as a child I was always curious, like, something happened here, something huge and I just missed it.”

That curiosity stayed Izon his entire life and would become the driving force behind his work.

Izon came to the U.S. in 1967 at the age of 21. He didn't initially intend to remain, but he ended up putting down roots. He married an American, started a family and pursued a career.

Izon had made a life for himself in his new country, but he felt invisible. Wherever he looked—in the movies, on TV, in newspapers—he didn’t see himself, an Asian, represented.

“My elder daughter was watching something on television and she ran into our bedroom to say, ‘Daddy's on TV!’  It wasn't me of course, but it was an Asian man. And it was so rare that it made an impression on her.”

Moments like that conversation with his daughter pushed Izon to seek a cure for his invisibility. He took a job at a television station, where he saw that a national broadcast could reach millions.

RELATED: 'This is your duty': Holocaust survivor shares message of love through award-winning film

Credit: Sonny Izon
The Izon family in the Philippines

The curiosity that fueled Izon’s childhood imagination now guided him as a filmmaker, bringing little known stories to light. His film "An Untold Triumph" came out in 2002 and recounts the story of 7,000 Filipino American soldiers who volunteered for the U.S. Army in order to free their homeland from the Japanese.

At first, his friends didn’t think PBS would have any interest in Izon’s film and discouraged him from submitting it. Izon did it anyway, and "An Untold Triumph" aired on PBS stations in prime time to millions of households across the country.

After the documentary hit airwaves, the power of broadcast became even more clear. Izon was traveling through the small town of Moosic, Pa. when his party’s car broke down. Izon and his friends passed time in a diner, where Izon struck up a conversation about his film with some customers.

“This gentleman at the corner hollers out, ‘What's your film?’ I said, ‘Well, it's about these Filipino-American soldiers.’ And he didn't let me finish. He says, ‘Oh yeah, Untold Trimph! That's a great film! I saw it!”

RELATED: After losing his own POW dad, this restaurant owner carried on a family legacy of honoring vets

Izon met Manolo Quezon in 2008. He is the grandson of Manuel Quezon, who had been president of the Philippines from 1935 until his death in 1944. Quezon and Izon they made a handshake agreement at that time that they would produce a film recounting the story of how the Philippines gave sanctuary to 1,300 Jews during the Holocaust. That handshake started the journey to make the documentary "An Open Door."

In the film, survivors, family members of survivors, historians, and others recount how the Philippines was the only nation in the world to have a program offering refuge to Jews fleeing the Nazis.

Many Holocaust survivors were just children when they arrived. They were welcomed warmly by the Filipinos, whose generosity and hospitality left indelible impressions.

“They’re the kindest people I ever met,” recalls Helen Beck. “And for me, this was heaven.”

Their peaceful safe-haven would not last, however. The Japanese invasion began on December 8, 1941, just hours after the attack on Pearl Harbor. During the Japanese occupation, many Westerners from Allied countries were held in prison camps.

In an ironic twist, German Jews were seen simply as Germans by the Japanese and permitted to remain free. In the Philippines, it was the German Jews who were able to offer some small measure of help to their imprisoned friends.

Following liberation, survivors left the Philippines, but the Asian nation would forever hold a place in their hearts.

“I knew every street, every corner. It was my home, and it always will be,” Magritte Reiner tearfully remembers.

While making "An Open Door," Izon unexpectedly discovered a remarkable personal connection. For years, his family had spoken of Dr. Otto Zelezny,  a European man whom his father had befriended. While poring over government records, Izon discovered that Zelezny was one of the Jewish people granted asylum in the Philippines. Later, in 1945, Zelezny provided Izon’s father with life saving treatment. Izon was born one year later.

Izon believes firmly he owes his existence to this survivor and the President who opened his country's borders in the most dire of times.

“We’re alive for the same reason that they are, which was that President Quezon opened the doors to the Philippines and let in all this talent and all these wonderful people that did so much good.”

"An Open Door" has received international recognition and multiple awards. Mr. Izon is currently working on a broadcast version of the film for distribution.

HeartThreads are the best stories about the best of us. Want more? Follow us!