Dressed in her Star Wars best, this 4-year-old Stormtrooper rang the 'cancer bell'

The Force is strong with this little trooper. 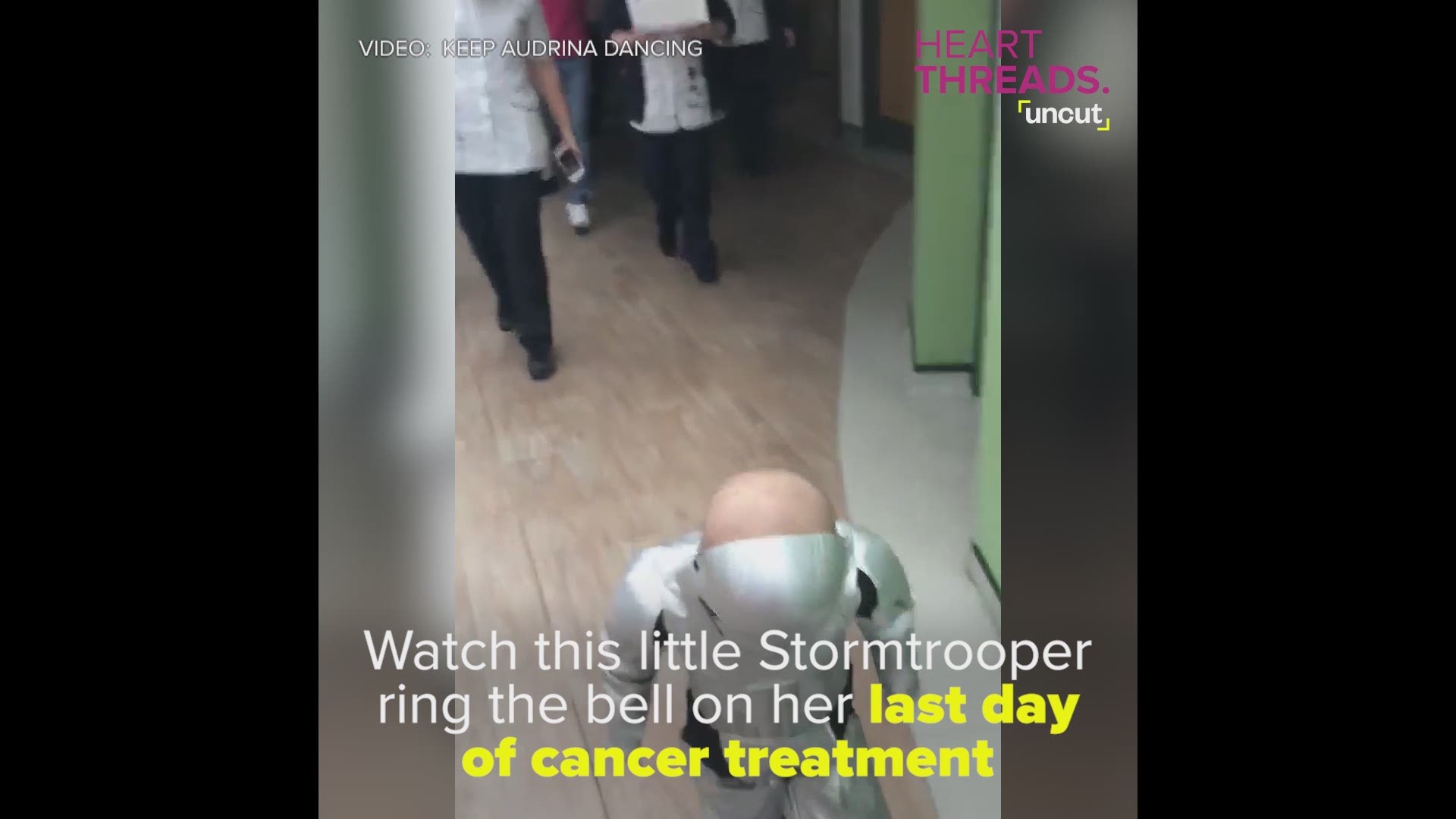 After fighting against a rare childhood cancer, this 4-year-old dressed the part to ring her hospital’s “cancer bell.”

In July of 2018, Audrina Hatton-Wright was diagnosed with high risk Neuroblastoma. The cancerous tumor develops from immature nerve cells found in several areas of the body. Mayo Clinic reports there are fewer than 20,000 cases in the United States each year.

“When myself and Zach found out our world literally fell apart,” Audrina’s mother Gemma Gould wrote on their website.

Audrina underwent 14 rounds of radiation, four rounds of chemotherapy and four operations after being diagnosed, according to Fox 7 Austin.

So, it came as no surprise the little trooper decided to ring her hospital’s cancer bell in style.

Dressed as a Star Wars’ Stormtrooper, Audrina rang the Nottingham Radiotherapy Center’s cancer bell to signal the end of her treatment there. Hospital staff, friends and family cheered on with light saber in hand.

RELATED: From strangers to family, organ donor meets the woman he helped save

While Audrina is in remission, she still needs to have five months of immunotherapy treatment. Her mother admits, they're concerned of the high relapse rate of 50-percent. But it’s obvious the Force is strong with this one as she embarks on her next step toward being fully cancer free.

Audrina’s family is currently fundraising through GoFundMe to get Audrina on a phase II trial in New York.