Diana Taurasi spoke about how Kobe Bryant inspired her, what he taught her and what she saw in Gianna Bryant. 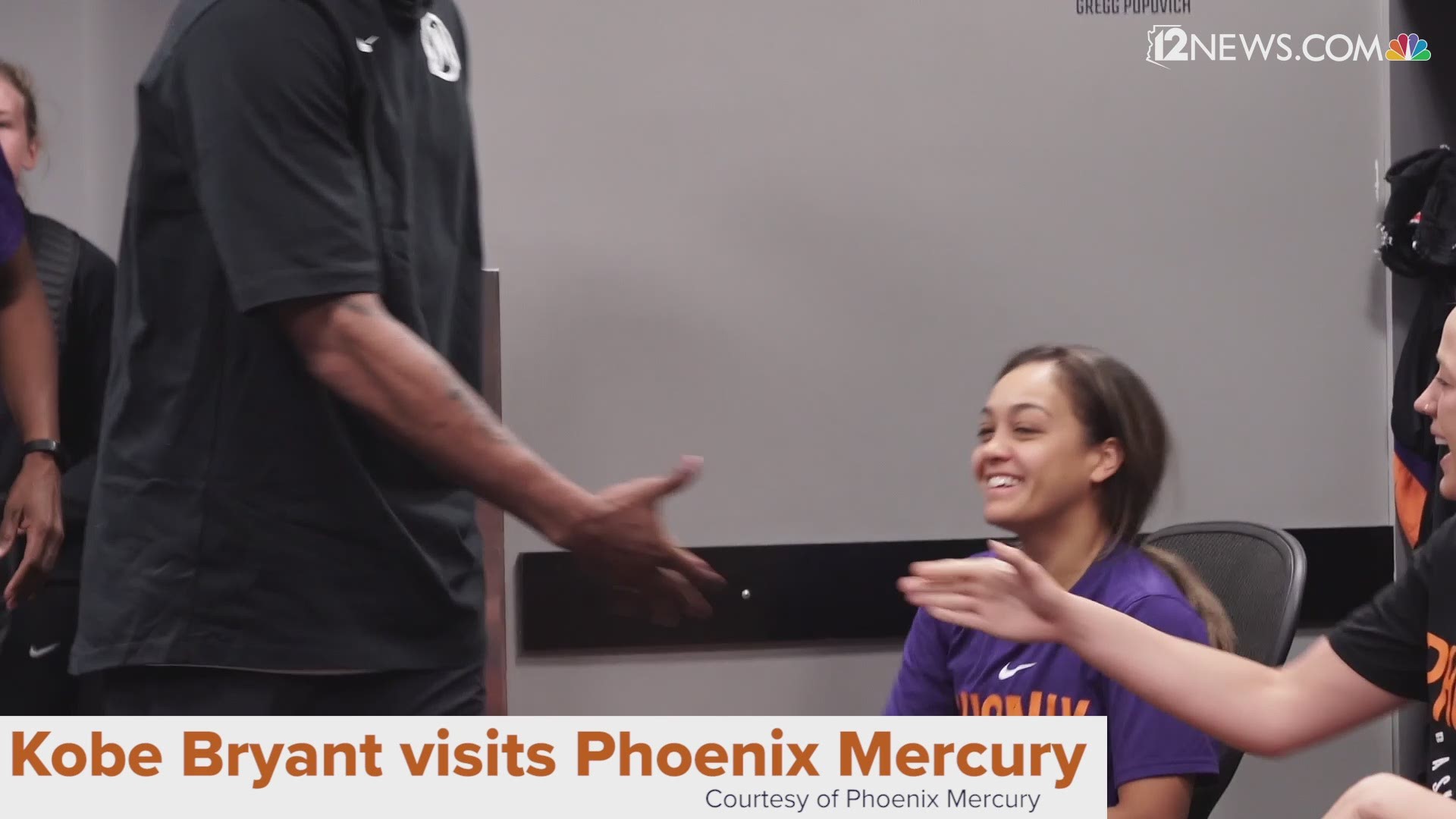 LOS ANGELES — Editor's note: The above video is from when Kobe Bryant and Gianna's basketball team visited the Mercury in 2019. You can see Diana Taurasi's speech below.

Phoenix Mercury star Diana Taurasi was one of the speakers at the Celebration of Life service at the Staples Center in Los Angeles Monday. She spoke just after Kobe Bryant's wife gave a speech.

Taurasi is fondly known as "White Mamba," a play off of Kobe's "Black Mamba" moniker.

"Watching Kobe play at the Great Western Forum as a rookie made this little girl believe she could be a Laker one day," Taurasi said. "He made it possible to play with an edge that was borderline crazy."

Taurasi spent much of her speech talking about Gianna as well, speaking about the last time she interacted with her and her Mamba basketball team when they visited the Mercury.

"I'll always remember the look on Gigi's face," Taurasi said. "It was a look of excitement, a look of belonging, a look of fierce determination."