This is the ninth straight year that the Mercury will play in the WNBA's postseason. 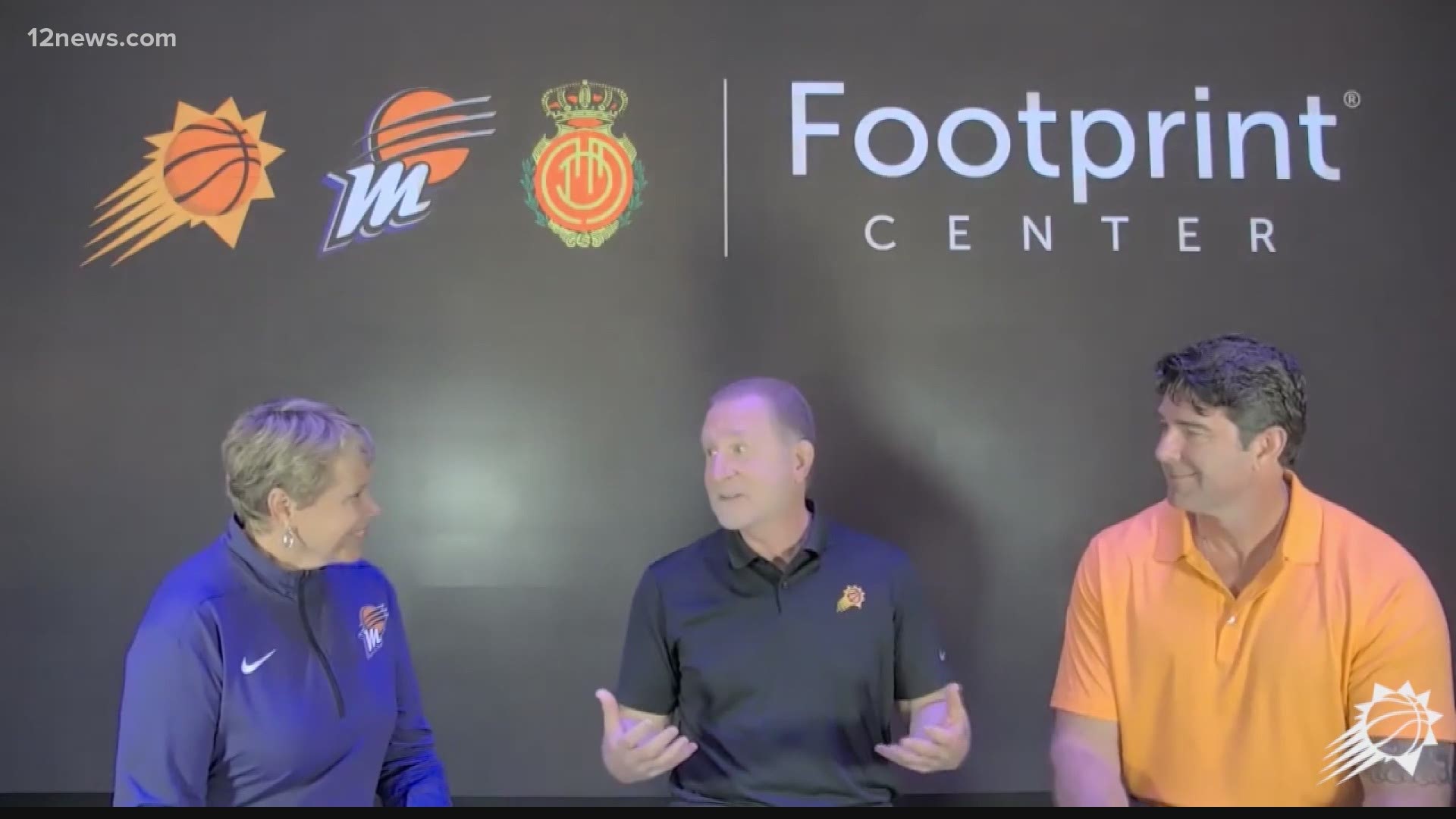 PHOENIX — The Phoenix Mercury have clinched a spot in the WNBA 2021 playoffs and will head to the postseason for a franchise-record ninth straight year and try to tie a WNBA record by winning their fourth league championship.

This will be the 12th time in the past 13 seasons that the Mercury will make a playoff appearance and their 16th time in franchise history.

The Mercury clinched the spot thanks to a 103-83 win over the Chicago Sky Tuesday night, the team's season-high seventh consecutive win. They have still not lost since the Olympic break.

The Mercury are currently in fifth place in the WNBA standings, five games behind the team with the best record, the Connecticut Sun.

If they finish the regular season in fifth or sixth place, they will host a first-round single-elimination game at Footprint Center in downtown Phoenix on Thursday, September 23.

If they were to get the third or fourth seed, they would earn a bye through the first round and host a second-round single-elimination game at Footprint Center on Sunday, September 26.

If the Mercury keep winning and climb into the first or second seed, they would get a double-bye through the first two rounds into the WNBA semifinals. That means they would host Game 1 at Footprint Center on Tuesday, September 28.

But, if they fall into the seventh or eighth seed, the Mercury will play on the road in Round 1 on September 23.

Game 1 of the WNBA Finals would be Sunday, October 10.

Game times and opponents are yet to be determined. The Mercury finish their season on September 19 when they host the Las Vegas Aces.

CLINCHED! Your Mercury are officially headed to the 2021 @WNBA Playoffs for the 9th consecutive time! Visit https://t.co/poVBDBsfcQ to stay up to date with all the latest news around the 2021 Mercury Playoffs presented by @BallySports. pic.twitter.com/WfIlsNHize

This comes one day after Mercury guard Skylar Diggins-Smith was named the WNBA Western Conference Player of the Week.

In the team's two wins last week, Diggins-Smith averaged 27 points per game, six assists per game and 2.5 steals per game. She had a double-double against Chicago Tuesday night by scoring 20 points and dishing out 10 assists.

Brittney Griner also returned from an ankle injury in Phoenix's win over Chicago. She scored 18 points, blocked a shot and grabbed five rebounds.