The Cardinals may be out of the playoffs, but this super fan is still hoping to bring home a winning title. 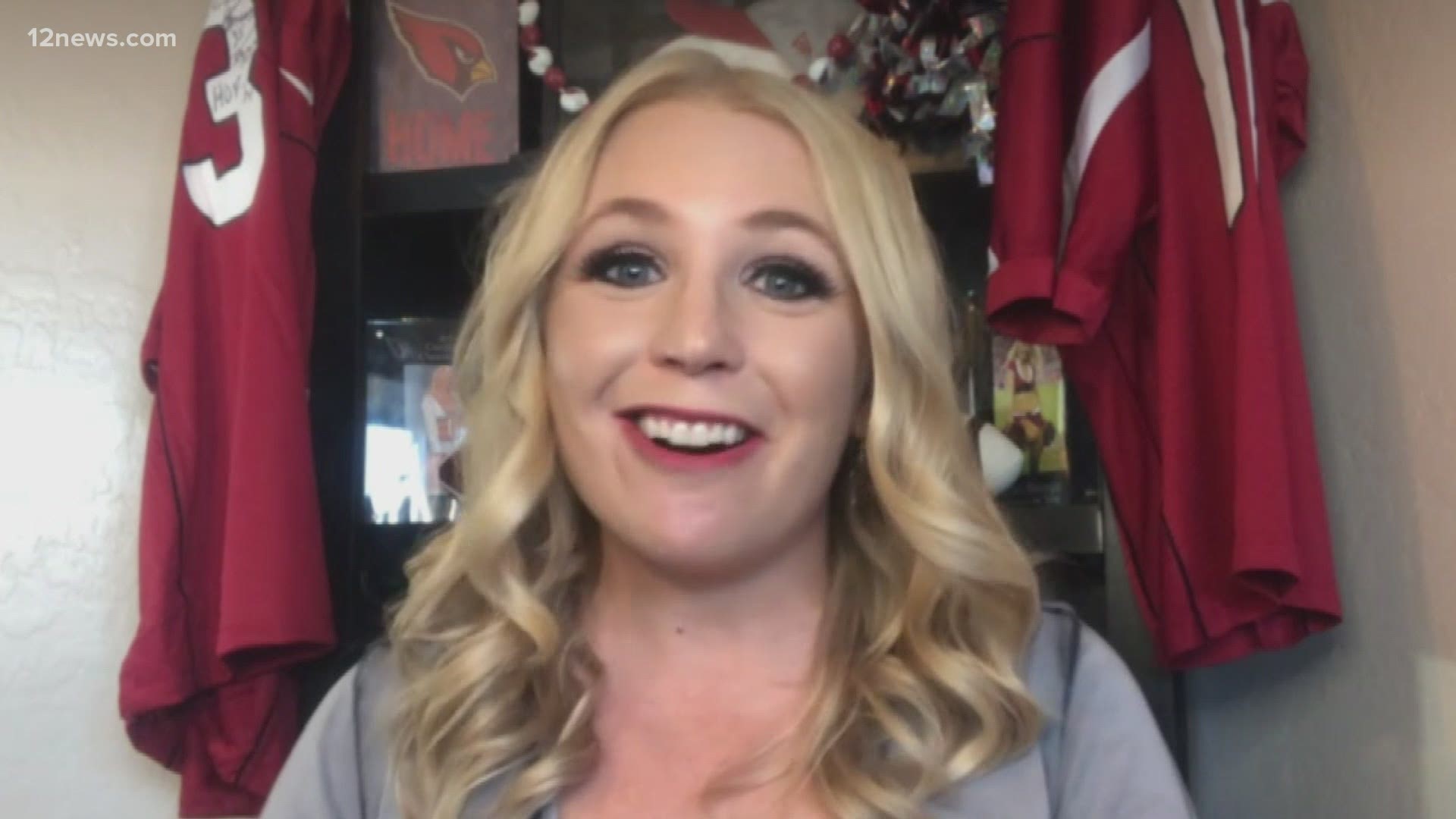 PEORIA, Ariz. — A Peoria mom, nurse and former Arizona Cardinals cheerleader receives a fantastic surprise from a Cardinals legend and football Hall of Famer. Kristi Brown recently learned she could be inducted into the Ford Hall of Fans Class of 2021.

The Cardinals may be out of the playoffs, but this super fan is still hoping to bring home a winning title.

“I was raised a Cardinals fan,” Kristi Brown, a Hall of Fans nominee, said.

Brown was recently selected as one of six lucky fans across the country, nominated to be inducted into the Ford Hall of Fans.

“Oh my gosh, it was the best thing ever,” she said.

“They’re kind of a part of my life,” Brown said.

After Kristi’s son was diagnosed with a brain abnormality called a Chiari Malformation, her biggest passion is raising awareness to help find a cure for the disease.

Kristi learned of her nomination from a Cardinals legend.

The visit was an incredible experience.

Now Kristi needs other Cardinals fans to help vote her in, by going to fordhalloffans.com.

If so, she’ll be headed to Tampa for the Super Bowl, where she’ll hope for a visit from Hall of Fame President David Baker.

“If you get to that point, then you get to go during enshrinement week and you get a jacket, a ring and you get to go to the Hall of Fame, which is just mind-blowing,” Brown said. “Being to this point is just so rewarding, and I just feel so humbled.”

You can vote for Kristi here.

Are you a legend among fans?
Register for your chance to win a VIP trip to Super Bowl LV! Plus, you could take home a 2021 Ford F-150. Good luck!