Suns fans elated as the team takes on the Denver Nuggets

Ahead of game 1 of the West Semifinals, fans rallied around the hometown Phoenix Suns. 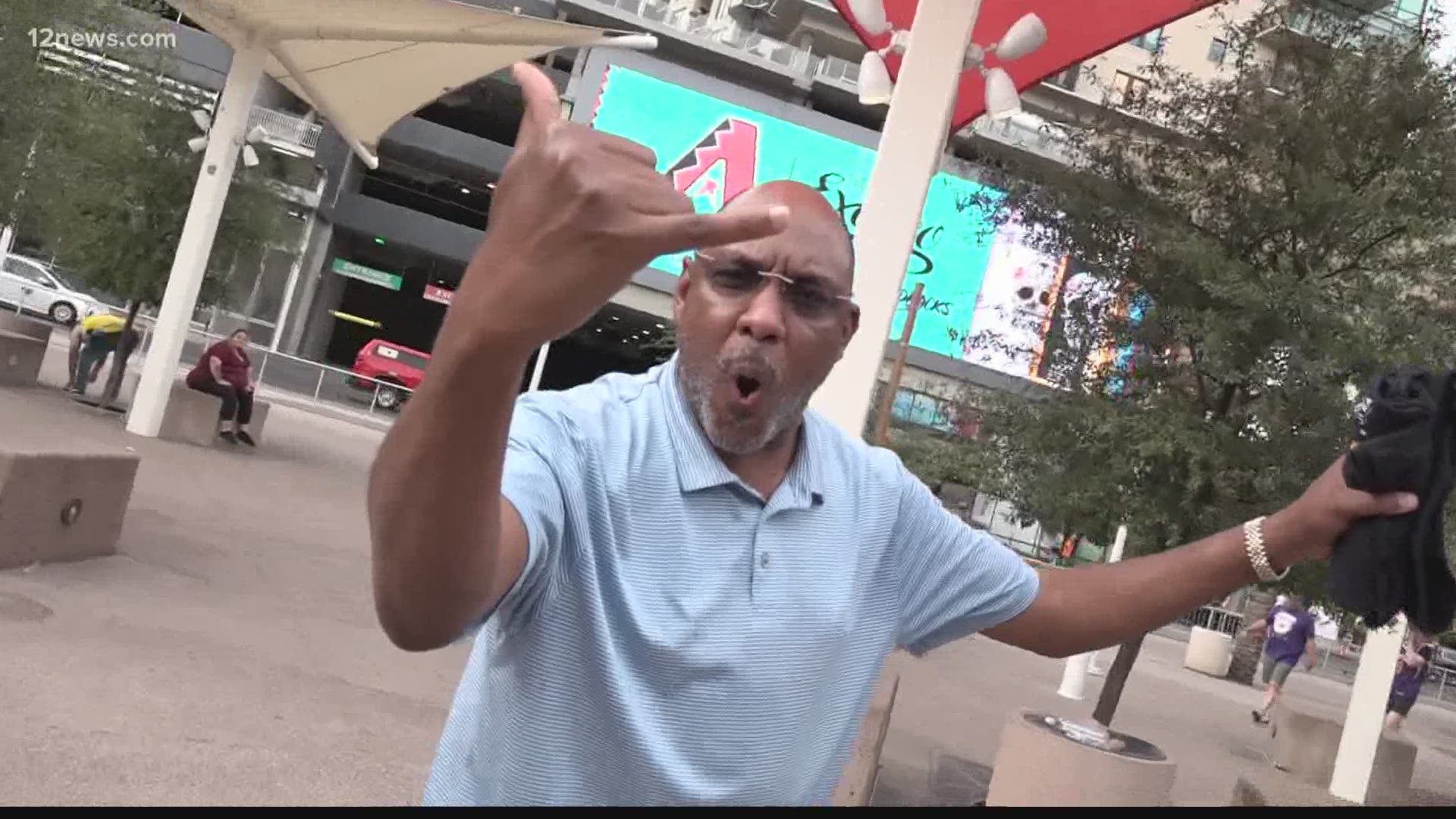 Fans coming out of Suns Arena felt elated Monday night after the Suns defeated the Denver Nuggets in the first game of the Western Conference Semifinals.

As people poured out of Suns Arena, they were chanting “Suns in four” and cheering after the win.

“What a heck of a game is what I think,” one fan said, who went to the game with his son.

Fans are looking forward to the rest of the series against the Nuggets, believing the Suns can win.

“If we can keep this kind of momentum up it’s going to be over,” another fan said.

Ahead of the game, excitement was in the air at Suns Arena and in Downtown Phoenix. Fans were all hopeful for a Suns win.

Decked in their orange and purple Suns fans were scattered around Downtown Phoenix as they made their way, tickets in hand, inside the arena.

The sounds of beating drums and various "Go Suns!" cries were heard outside as fans filed in.

"This year, we’re taking it all the way," Cyndi Blessed, a season ticket holder, said.

Many fans saying since the Suns beat the Lakers, they've become more hyped for the playoff prospects.

"Seeing basically Devin Booker shut up the Laker fans and basically go into enemy territory. He kind of put the city on his back, you know what I mean?" Philip Studer said.

Several fans said they've been waiting since 2010 to see the Suns back in the playoffs.

"It’s relief, I mean it’s been so long since the Suns have been back here," Ryan Remington said.

Because of how long it's been, many fans said they didn't want to miss out on a little piece of history.

Fans think the series against the Denver Nuggets could be more challenging, but believe the Suns can still win the series.

"I think the Suns can pull it off in five – Suns in 5 – but it’ll be a good series," David Argueta said.

“They took down the Lakers, I mean that’s basically the next step to the finals," Haylee McCourt said.

The Suns will play the Nuggets again on Wednesday at Suns Arena.