The athletes waited and reacted as each vote came down, ultimately excited as the decision was made in their favor due to a swing vote by board member Jim Love. 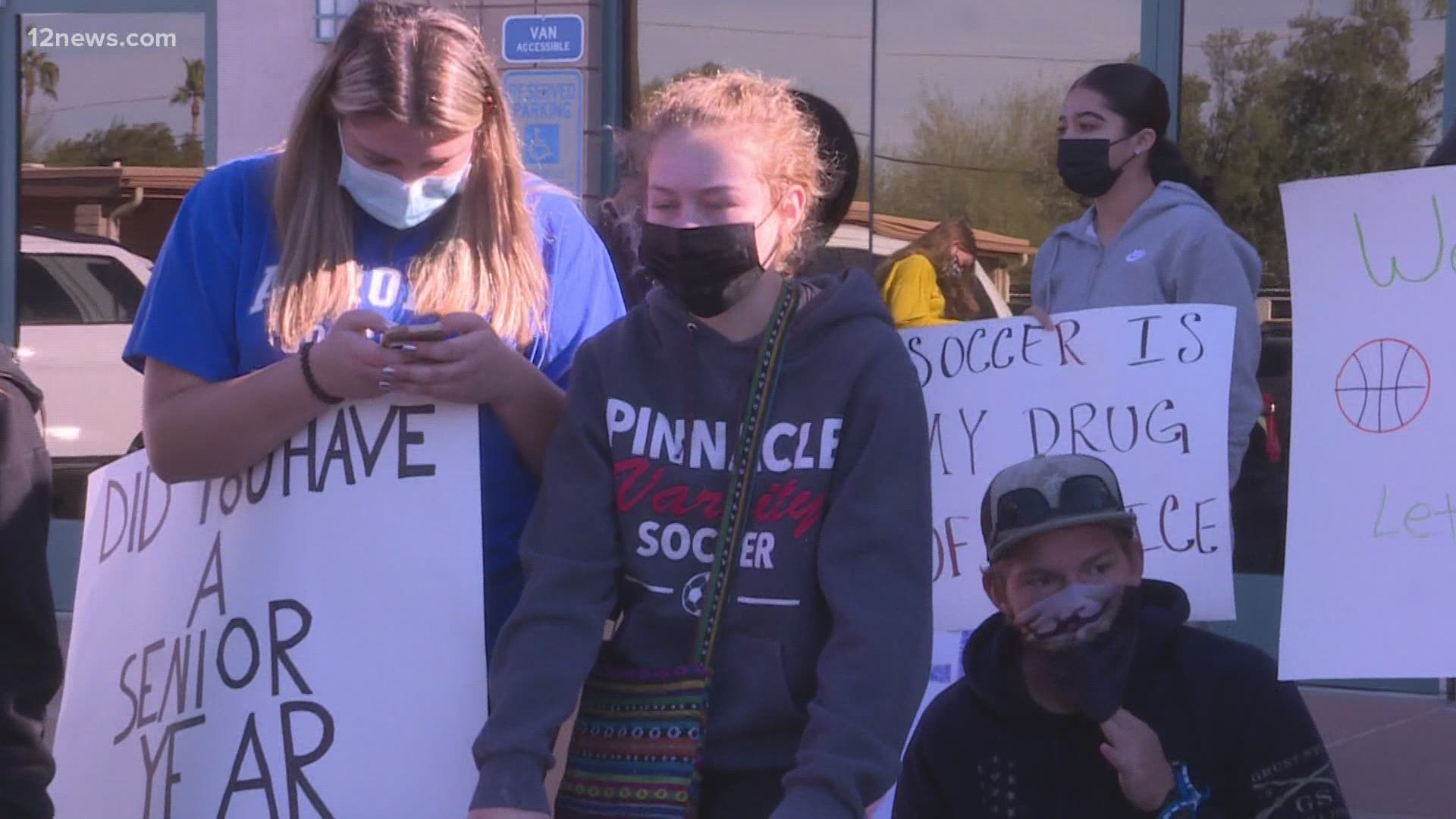 PHOENIX — While thousands watched online as the AIA re-voted on whether to have winter sports, a group of student athletes stood outside its headquarters to make their case to play.

“I was just sort of crushed and I knew that I really wanted it, so I came out here to fight for it,” said Pinnacle senior soccer player Cassie Fleming.

The group, mostly made up of Pinnacle soccer players, held up signs suggesting sports have a large impact on their mental health.

“Last year when my season got canceled for club, I didn’t know what to do,” said Pinnacle boys soccer player Luke Branstiter. “I was just staying at home and it was just not good for me.”

“I’m very concerned about the pandemic that's happening right now, but our children have lost out on so much,” said Kristi Gagnon, who has both a son and daughter who play soccer.

“In addition to the health concerns, there’s also the mental health concerns of these kids so having sports and athletics really helps with their mental stability and health as well.”

The athletes waited and reacted as each vote came down, ultimately excited as the decision was made in their favor due to a swing vote by board member Jim Love.

“After voting no on Friday and saying yes, he’s our idol. Our group chat right now is on fire with Jim,” said Branstiter. “He’s my best friend right now.”

Many students said even if the executive board had voted against having winter sports, they were grateful they had a re-vote, it made them feel like their voice mattered.

As far as having to wear a mask while playing, small potatoes. They’re just happy to have a season.