The club announced Thursday more fans will be able to attend the games during the regular season at its new stadium at Wild Horse Pass. 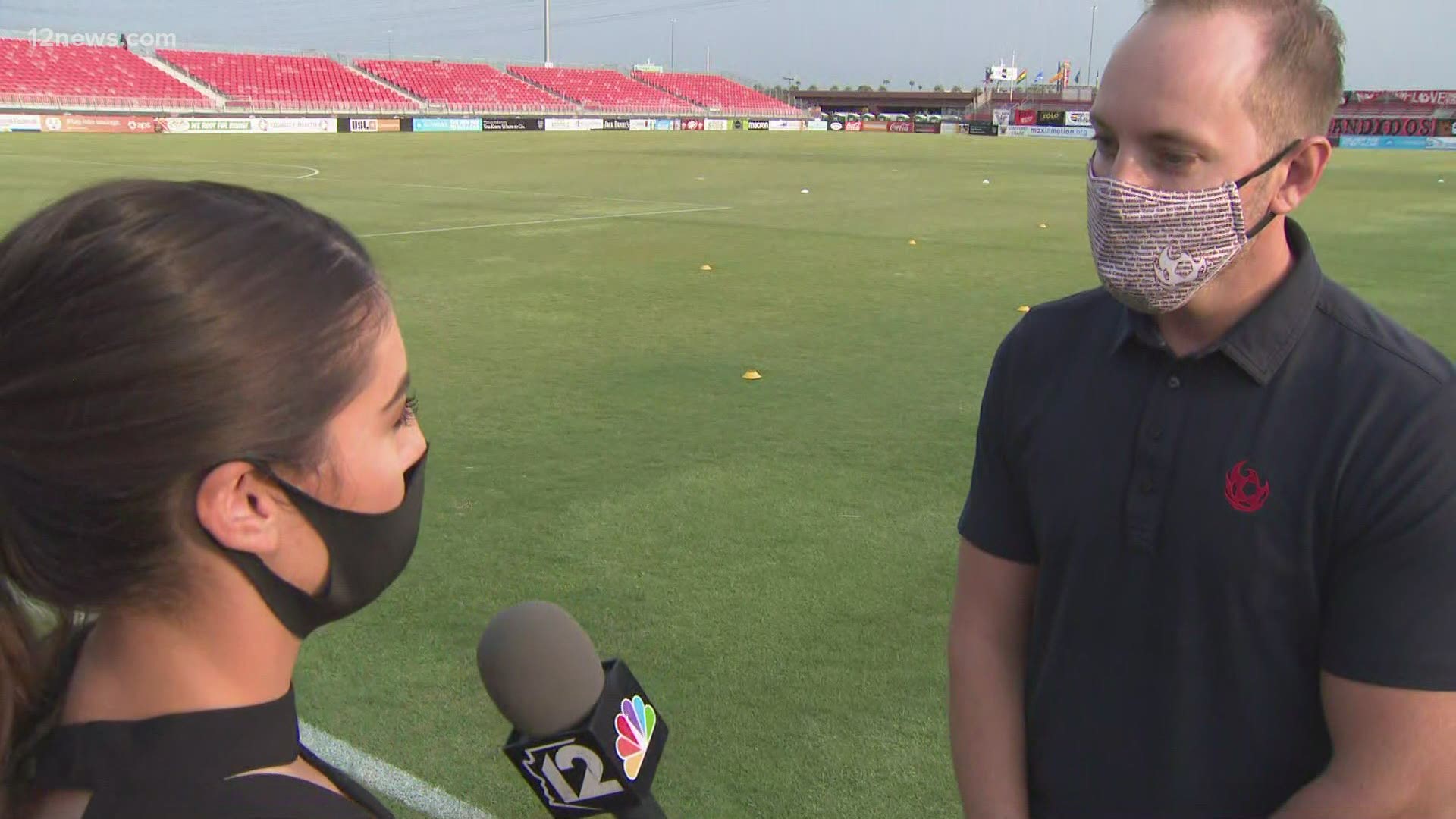 PHOENIX — Editor's Note: The above video is from previous coverage of the team expanding capacity at games.

“The safety of our fans, players, and staff is our first priority,” Phoenix Rising General Manager Bobby Dulle said in a statement.

“We have been working with state and local officials to determine the optimal capacity at our new stadium now that the COVID-19 vaccine is becoming more prevalent. We felt limiting our capacity and maintaining the safety measures put into place last season allows us to keep our community safe as we move forward with our return to play.”

Rising’s home opener will be the first match ever played in its new stadium at Wild Horse Pass on the Gila River Indian Community.

The game is nearly sold out since there is limited capacity.

Only mobile tickets are accepted and masks will be required unless people are eating or drinking.

The club will provide hand sanitizing stations throughout the venue and has added permanent bathrooms with increased capacity.

The new venue is also cashless. Fans will have to pay with cards or exchange cash at a machine to load a card.

Clear bags only will be allowed into the stadium.

Rising will continue to monitor its seating capacity policy and communicate any changes as the situation evolves.

That match, which will kick off at 7 p.m., will be broadcast live nationally on ESPN2.