This comes after he reportedly threatened to relocate the team if his arena renovation deal isn't approved by the city. 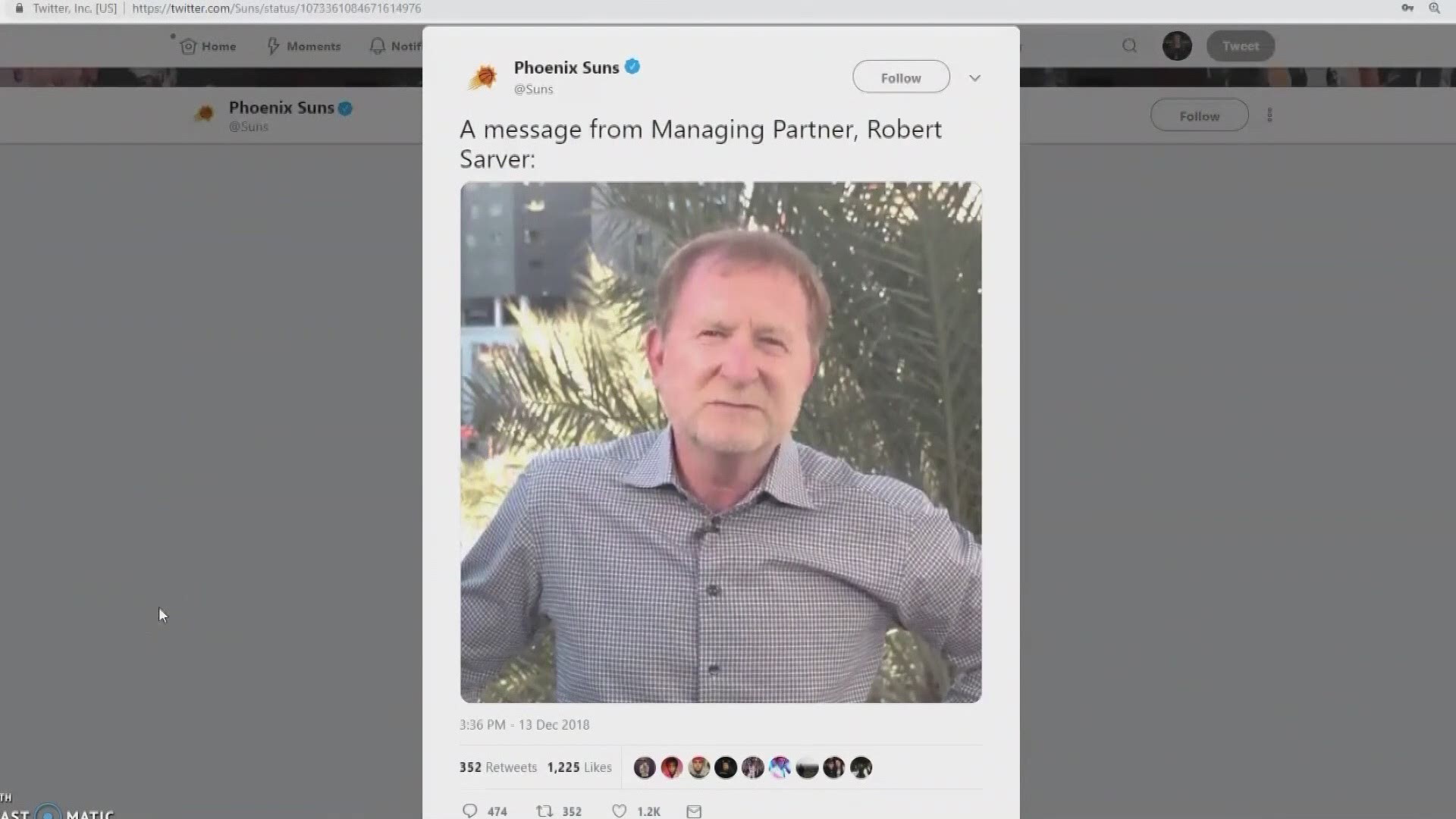 PHOENIX - Bluff or not, Phoenix Suns fans are preparing to let Robert Sarver have it during Thursday night's game at Talking Stick Resort Arena against the Dallas Mavericks.

Oh, and the game will be seen all over on the country, as it's on TNT.

And then it was revealed by multiple outlets in Arizona and nationally that Sarver told certain city council members he would relocate the Suns to Seattle or Las Vegas.

A threat if his arena deal that includes millions in renovations, which are needed, doesn't go through. The debate is whether the Phoenix taxpayer wants to take part of that on.

But, it should be known the money the city will use is from a fund designed for this very purpose.

On Twitter around 4:30 p.m. Thursday, the Suns released a video from Sarver where he leads with, "The Phoenix Suns are not leaving Phoenix," and reaffirms his commitment to the city.

Meanwhile, fans on public forum social networking site Reddit are trying to gather steam for a protest to happen during the home game Thursday night, in which Sarver is the target.

A post made on the Suns subreddit, a separate forum for all things Suns fans, titled "Official Suns/Mavericks Game Organized Protest Threat 12/13 lays it all out.

The original post, with more than 2,000 upvotes so far (or, likes) asks fans to shout four different chants at the 7-minute mark of each quarter. The person behind the original post said they are going to try to pass out 5,000 slips of paper that have the chant information on them.

In the first quarter at the 7-minute mark, fans are supposed to chant, "This is OUR team."

In the second, “Sarver sucks!”

In the third, “Sell the team!”

In the fourth, “SARVER OUT!”

And every time the Mavericks are shooting free throws, fans are supposed to chant, "Sell the team!"

The goal here, obviously, is for new ownership rather than a relocation.