Just two innings after Taylor Holliday mashed a grand slam, her sister Olivia stepped up to the plate with the bases loaded. 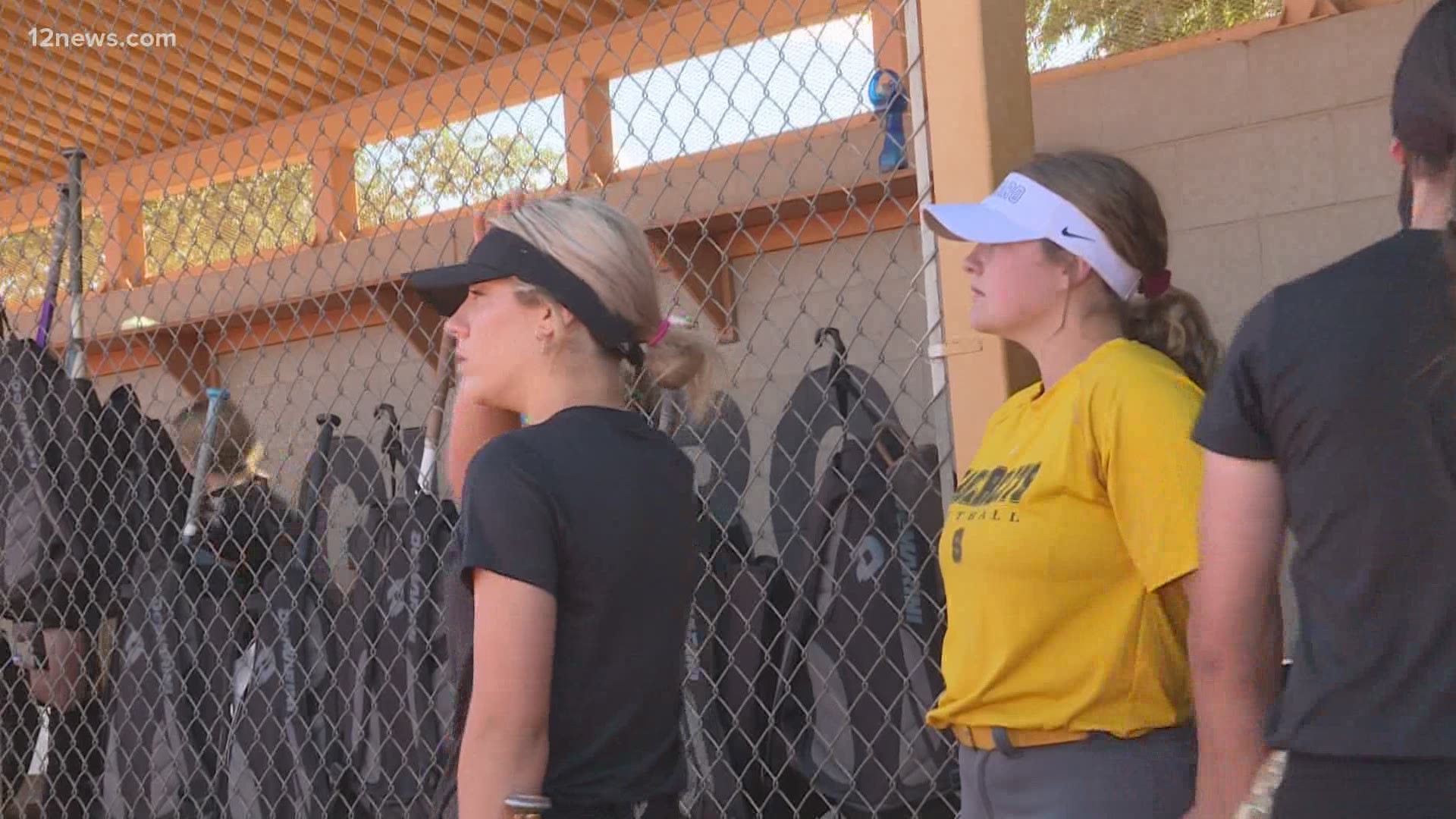 SCOTTSDALE, Ariz. — Saguaro softball sisters Taylor and Olivia Holliday are as competitive as they come and they may have accomplished something that’s never been done before.

“I hit my first home run when I was 11, she hit it when she was 12,” said Olivia who’s a sophomore pitcher for the Sabercats. “It’s kind of been a little competition ever since.”

In a game against Notre Dame Prep, Taylor had the advantage in the competition when she hit the team’s first home run of the season and her first ever grand slam.

“As a coach when any of your players hit a grand slam or home run it’s a super exciting moment, especially since she’s a senior,,” said first-year head coach Annie Davis.

“Being my last year and then I hit a grand slam, that’s awesome, Taylor Added. “It felt great.”

But, the competition would soon be evened up just two innings later when Olivia stepped up to the plate and hit a grand slam of her own.

“I was like, are you serious, you had to do that?” Taylor laughed.

Olivia didn’t initially realize what she had done.

“My third base coach was like, how does it feel stepping up on your sister,” said Olivia. “I was like, what are you talking about. Then I got into the dugout and I was like, oh my god, I just hit a  grand slam.”

Coach Davis has been around the sport her entire life and had never seen or heard anything like this happening.

And, as far as that competition goes between the sisters, they’ve decided hitting grand slams in the same game is a good way to end it.

“I think the grand slam kind of topped it all off, it was kind of the cherry on top,” said Olivia.

Saguaro wraps up their regular season against Salpointe Catholic on Wednesday.