Rams unveil new uniforms, internet promptly has a heyday at their expense 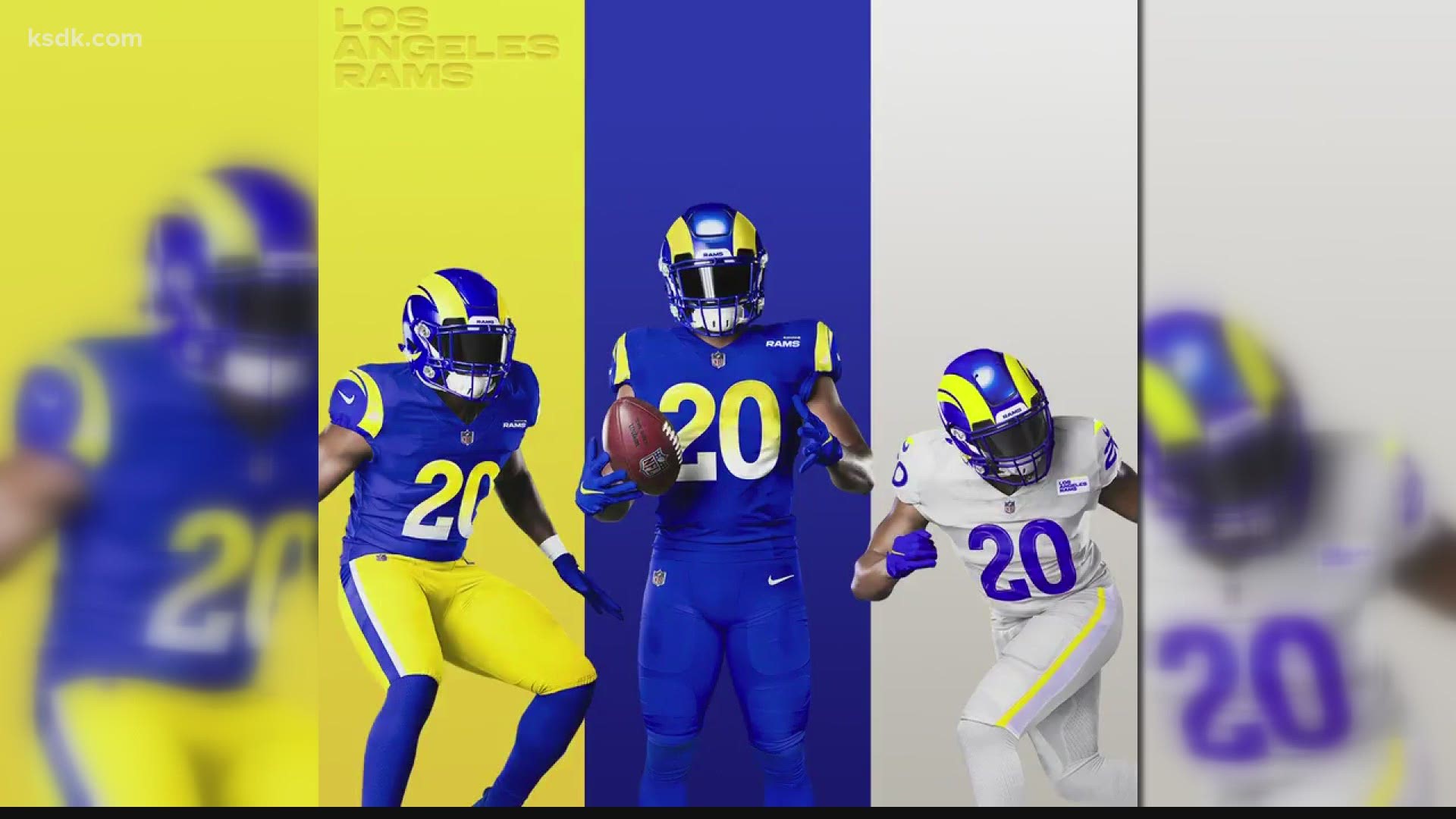 To say things have not gone well for the Los Angeles Rams over the past year or so would be putting it mildly.

After pretty much not showing up in Super Bowl LI against New England, the Rams missed the playoffs this past year, are facing a looming court battle in St. Louis, had no first round pick this year or next, have former players claiming they're owed money and are behind schedule and over budget on their new stadium in Los Angeles.

To add even further insult to injury, the Rams decided to re-brand themselves for the 2020 season.

The team unveiled a new logo and color scheme, to which the internet mercilessly ridiculed them.

And now, the new jerseys are out and it's time to do it all over again.

The new uniforms feature the new horn logo on the helmet, an off-white "bone" colored version of the uniform, gradient numbers and a name tag on the chest for some reason.

To say they're a far cry from the iconic greatest show on turf uniforms the franchise won its only Super Bowl in would be putting it mildly.

And in the unrelenting cycle of the internet, there were some pretty clever jabs thrown the Rams' way. Here are a few.

Quite a few people have compared the new uniforms to standard IKEA or Best Buy team member garb.

Or that they may have been inspired by a few other things...

RELATED: 5 On Your Side Countdown: Ranking the 16 best pro football players in St. Louis history

RELATED: Todd Gurley says the Rams need to pay up

RELATED: The Rams' new logo has reportedly been leaked, and the team is getting roasted online