This marks the first time the Valley will host the NCAA Women's Final Four. 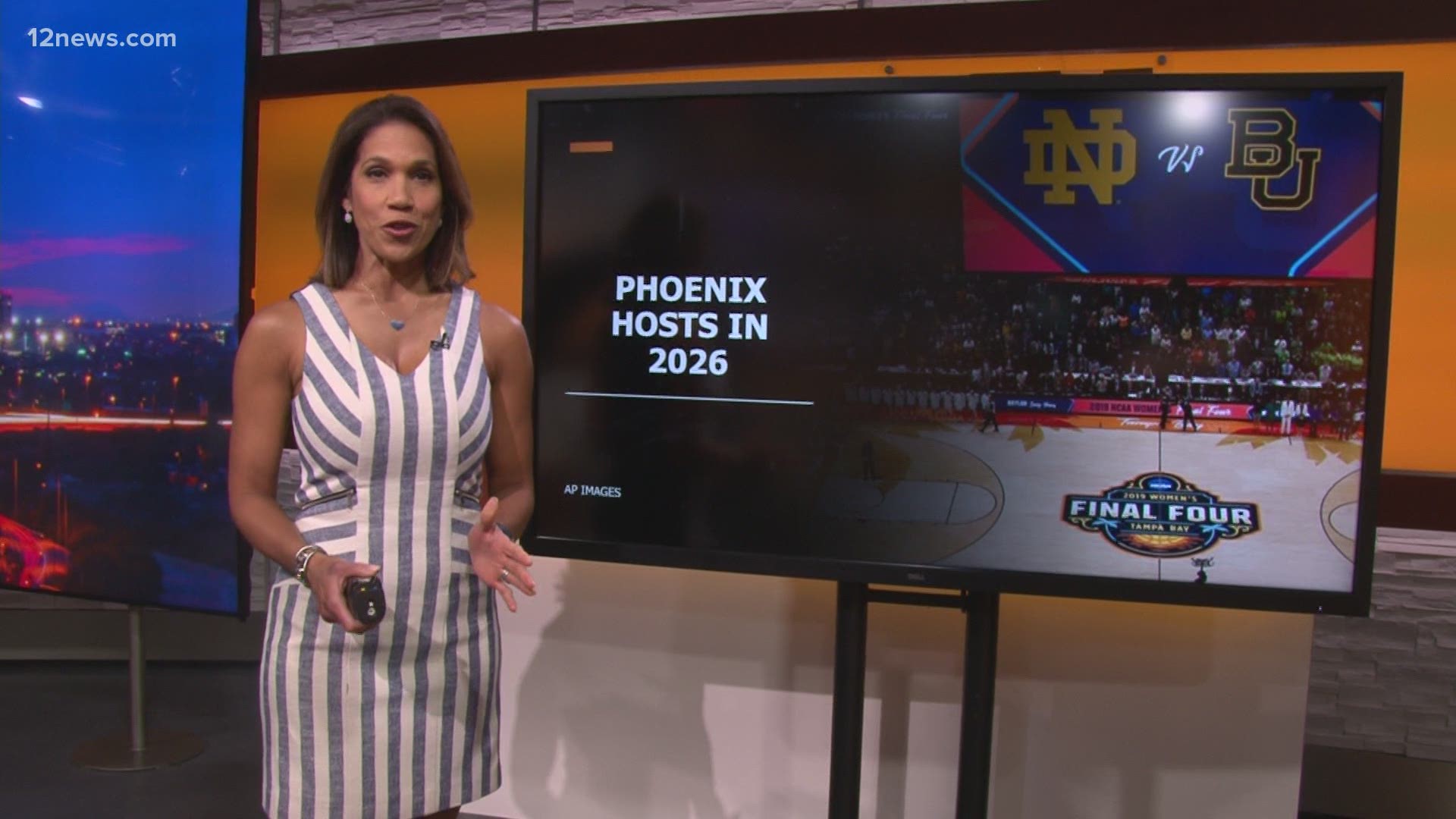 PHOENIX — For the first time, Phoenix will host the NCAA Women's Final Four in 2026, announced Thursday by the NCAA and city of Phoenix.

The Final Four will be hosted at the Phoenix Suns' Talking Stick Resort Arena, which is currently undergoing a $230 million renovation.

The women's Final Four has not been staged in the West since 2012.

According to a release from the City of Phoenix, the bid was a collaborative effort between the city, Visit Phoenix, the Phoenix Suns and Mercury and Talking Stick Resort Arena. Arizona State University is the host school.

"This is a landmark day for ASU," ASU Athletic Director Ray Anderson said in a release.

"We will apply our trademark innovation to provide an unforgettable experience for the NCAA, student-athletes, alumni, media and fans. We thank the NCAA for entrusting the Valley with this iconic championship."

The Valley will also be the site of the 2023 Super Bowl and the 2024 NCAA Men's Final Four, both at State Farm Stadium, and the 2020 and 2021 NASCAR Championship Weekends.

"It's always exciting when we can bring the Women's Final Four to a city and state for the first time and the committee felt that Phoenix will be a terrific host in 2026," Nina King, chair of the NCAA Division I Women's Basketball Committee, said in a release.

"Phoenix is a culturally diverse city that is experienced in hosting mega-events and has a proven history of supporting women in sport, business and philanthropy," King continued.

"The current renovation taking place at Talking Stick Resort Arena will elevate and transform that venue into one of the best in the country. We look forward to our student-athletes, coaches and fans being able to experience it for themselves in 2026."

"We have always said the transformation of our downtown arena was not simply about the Suns and Mercury but about elevating the City of Phoenix's ability to bring major acts and events to Arizona," Jason Rowley, president and CEO of the Phoenix Suns and Mercury, said in a release.

"We are proud to have worked with the City and ASU on this bid, we are proud to be 24-year stewards of the women's game, and we could not be more excited to host the 2026 NCAA Women's Final Four."

The semifinals will be played on April 3, 2026, and the championship will tip off on April 5.

The 2026 @ncaawbb #FinalFour will be held in #PHX at @TSRarena

This is an amazing opportunity for #Phoenix to shine as THE destination for major events.