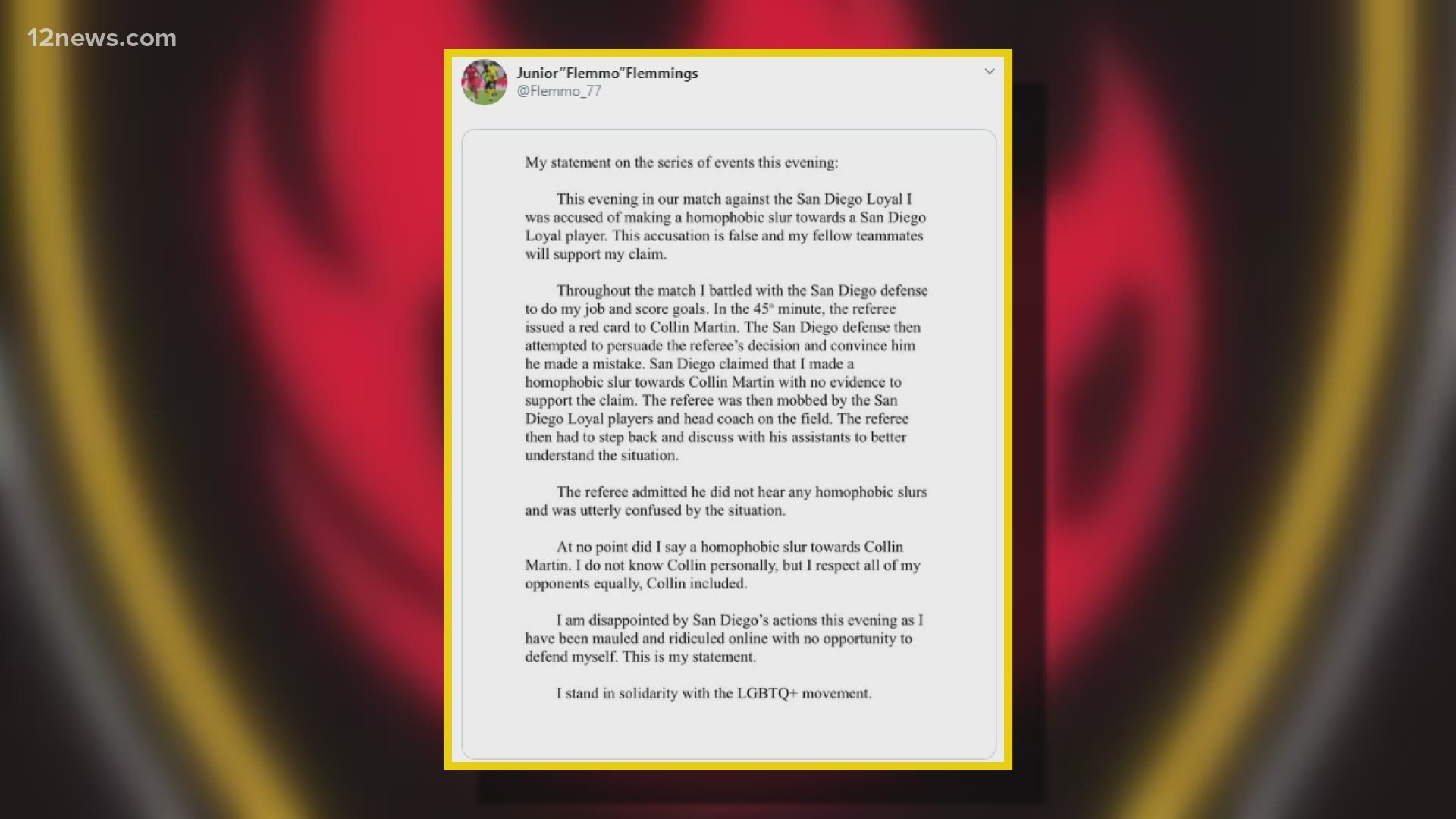 Flemmings, a Jamaican midfielder, vehemently denied the accusation on Twitter after the game.

“The referee admitted he did not hear any homophobic slurs and was utterly confused by the situation,” he argued. “I stand in solidarity with the LGBTQ+ movement.”

Rising FC officials say they’re investigating the incident and added that “Phoenix Rising stands with the USL in rejecting and punishing any homophobic behavior."

Just a week ago, Loyal players forfeited a point in protest after an LA Galaxy II player allegedly yelled racist slurs at a San Diego player.

“Last week we made it loud and clear that we do not stand for racism or homophobia,” the club wrote on Twitter. “Nothing has changed this week.”

In the first half a member of Phoenix Rising used a homophobic slur directed at Collin Martin. In response we have decided to walk off the pitch in protest. 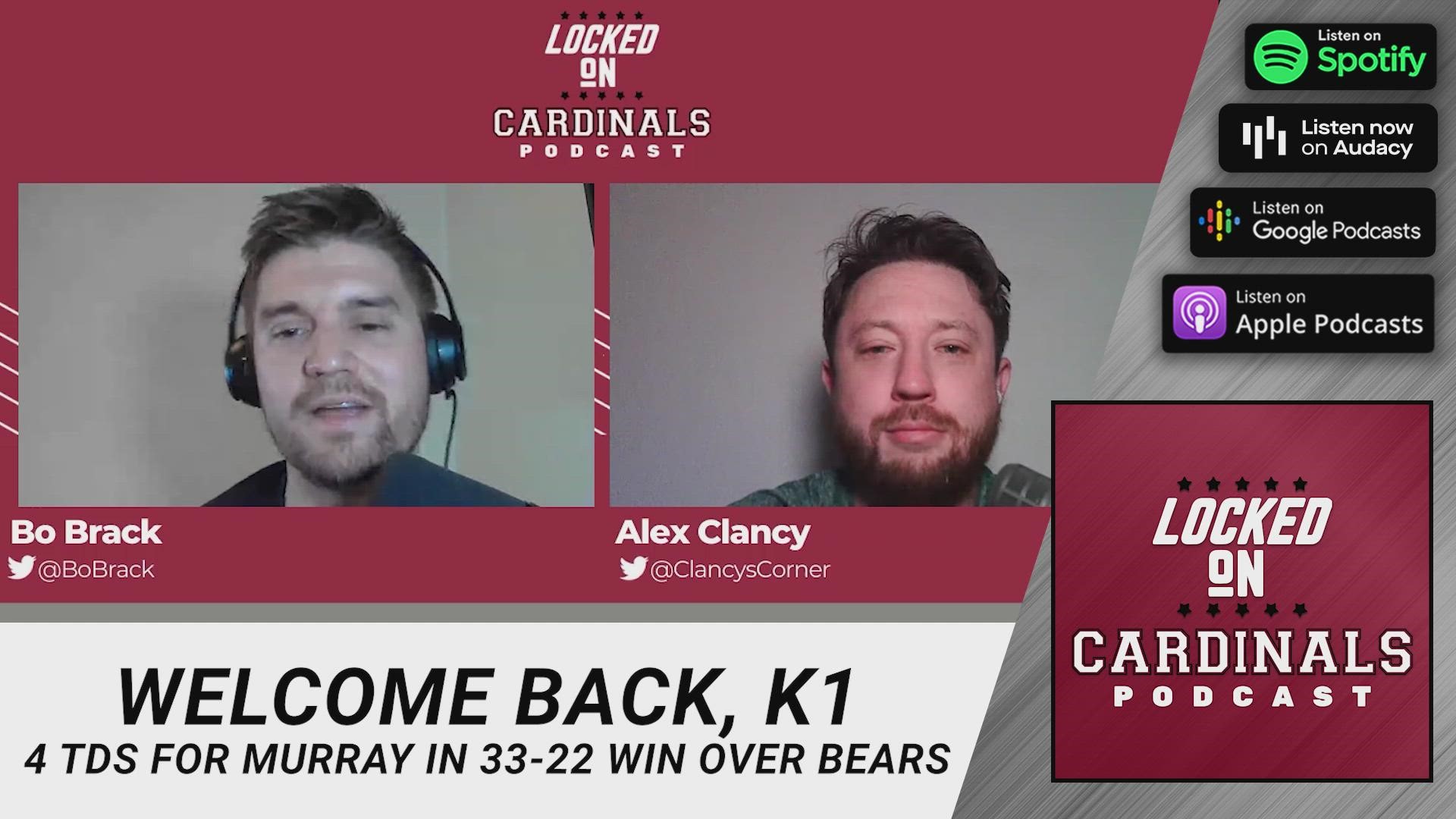 Kyler Murray comes up big in victorious return against Chicago