Phoenix Raceway says it will not be able to accommodate some ticket holders and will issue credits to their accounts toward the 2021 NASCAR Championship. 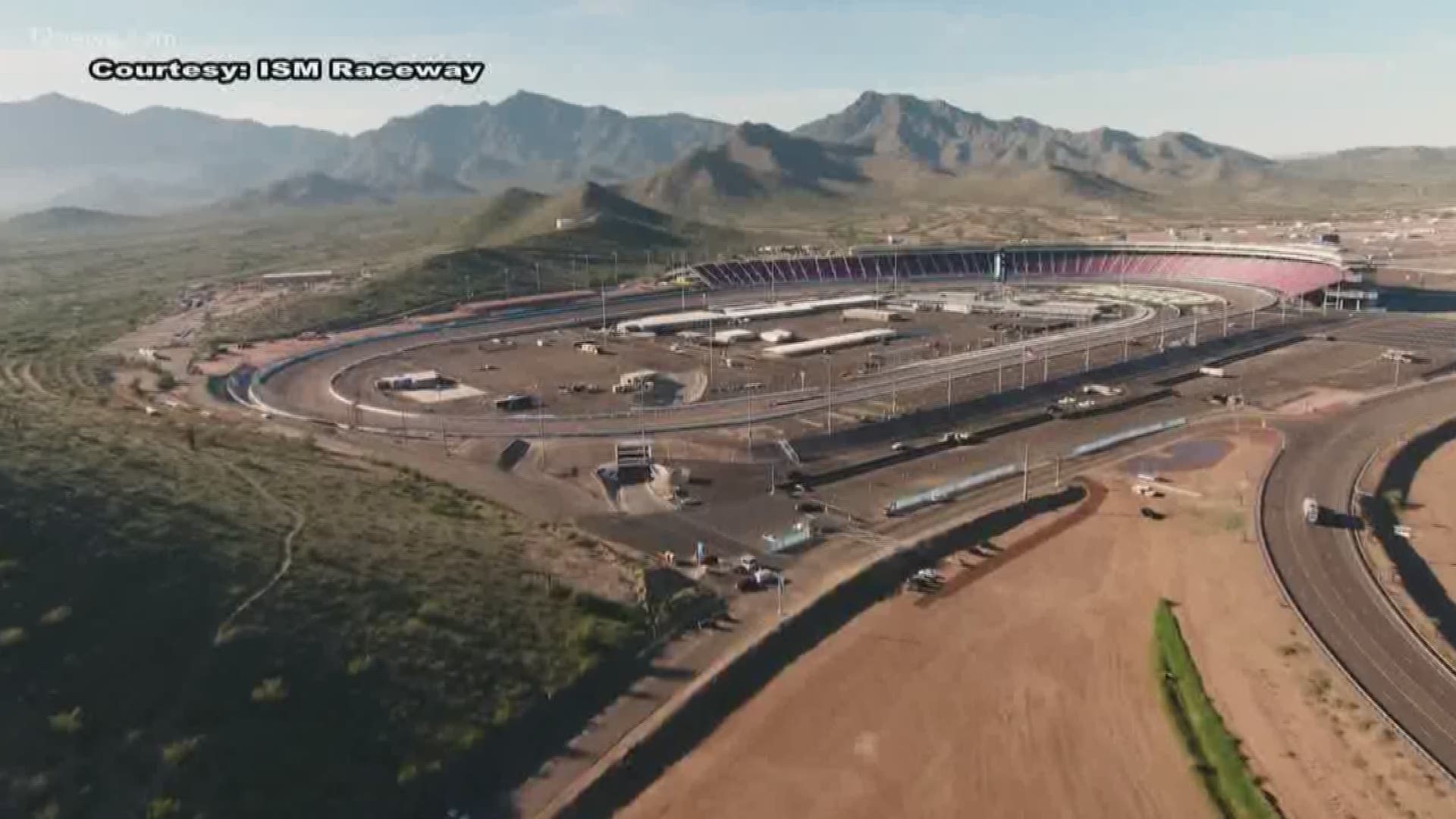 PHOENIX — NASCAR is coming back to Phoenix for its championship weekend in November and Phoenix Raceway announced Friday that a reduced number of fans will be permitted throughout the weekend.

NASCAR has already held multiple races with a limited number of fans with safety protocols in place.

The limited number of fans permitted each of the three days is in accordance with guidance and approvals from local officials pursuant to Executive Order 2020-43 and enhanced safety protocols and procedures to provide a safe experience, according to Phoenix Raceway officials.

“While we wish we could have a full house with the greatest fans in motorsports, the health and safety of everyone is our top priority and we are excited that we can still share this NASCAR Championship Weekend experience with many in a safe environment,” Phoenix Raceway President Julie Giese said in a release.

This is the first year that Phoenix Raceway is hosting championship races for NASCAR.

Due to seating capacity limitations, Phoenix Raceway will not be able to accommodate some ticket holders for the events and will issue credits to their accounts toward the 2021 NASCAR Championship Weekend at Phoenix Raceway.

Many fans will be reseated in new locations, as comparable as possible to their original seats, to adhere to social distancing guidelines.

The INfield Experience will be unavailable and fans that have purchased this access will receive a credit to their account. Camping will still be available and all campers will be pre-screened upon their arrival, but campsites will be limited to six people.

All fans will be screened prior to entering the gates, including a non-contact temperature check, and guests ages 3 and up will be required to bring and wear mandatory face coverings.

More information on safety protocols for the three-day championship weekend can be found here.