Phoenix Christian running back shares story of strength and hope

Manace Freeman was born in a refugee camp in west Africa, but because of his courageous and faithful mom, he's now an American citizen. 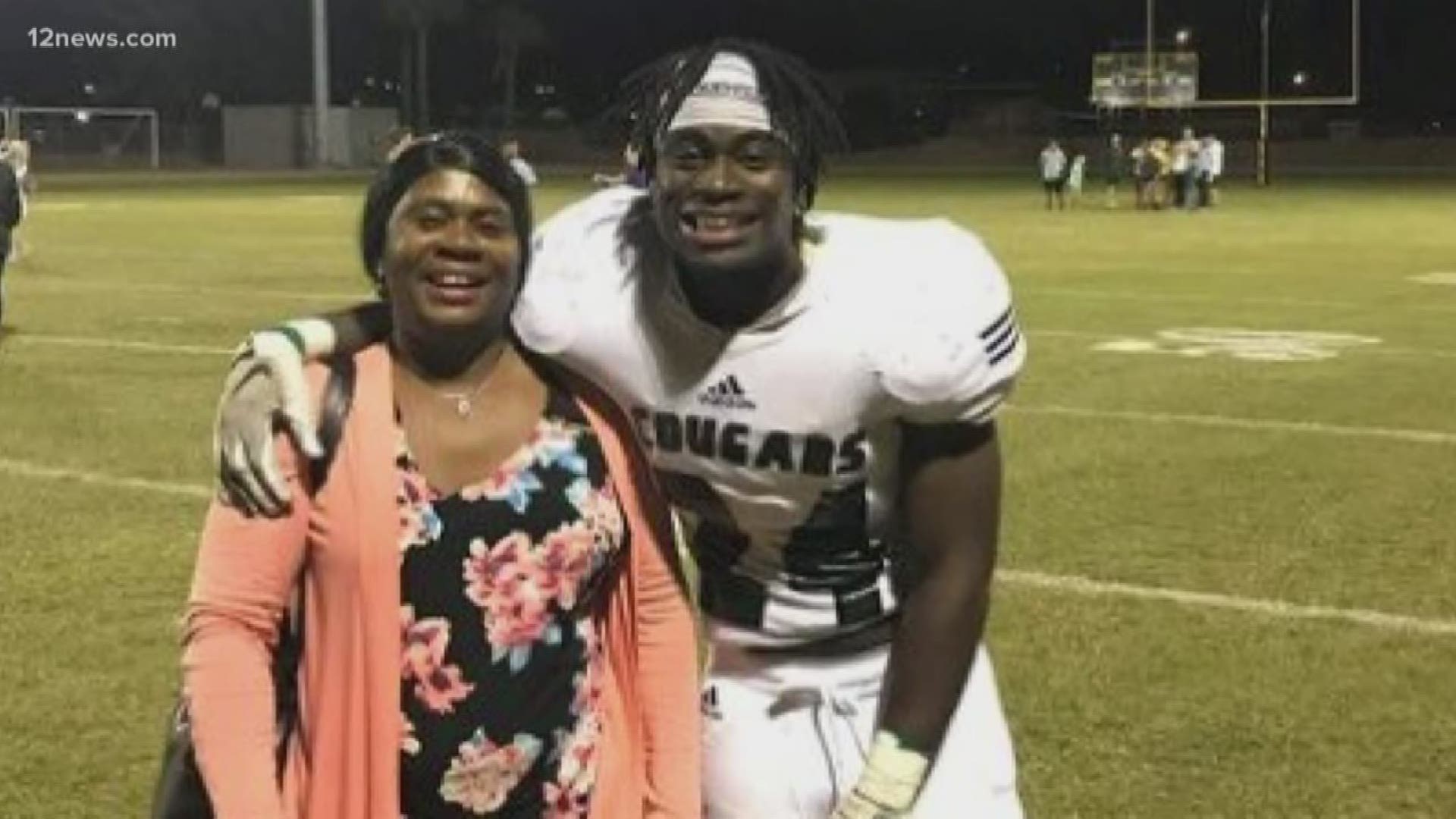 Phoenix Christian running back and linebacker Manace Freeman doesn’t share his story often, but he has quite the story to tell: One about his family’s past and his mother’s courageous efforts.

“She’s a big role model in my life,” Freeman said. “Everything I do, football, school, is just to help her out. I know that she’s sacrificed a lot to get us to where we are today.”

His mom Nancy fled Liberia during the civil war and would later give birth to Freeman and his twin sister on a refugee camp in west Africa.

It was there that he was given a name he’d later live up to.

“(Manace) means strength of two men. A pastor gave it to her when she was on the refugee camp. I think it has some truth to it because I think I’m pretty strong,” Freeman said, laughing.

“He is pound-for-pound the strongest kid on our team,” said head coach Brian Cole. “He’s as strong as our top two lineman.”

When Freeman, who is often called Man-Man for short, was 2 years old, Nancy connected with an organization that helped bring them to the United States where they moved a couple times before settling in Arizona.

“I don’t take anything for granted, to be honest,” Freeman said. “It makes me work harder because I know she didn’t give up on me when it was easy for her to give up.”

“He’s going to make it in something, whatever he does," Cole said. "I know he’d like to go play football after high school, he’s capable of it and he’s just a kid that’s going to keep fighting.”

Phoenix Christian has a playoff game at 7 p.m. Friday against Alchesay.