What is goalball? Everything you need to know about the unique sport in the 2020 Tokyo Paralympics

The sport is one of two in the Paralympic Games that doesn't have an Olympic counterpart.

One such sport is called goalball, and it is one of two sports in the Paralympics that is completely unique to the Games and doesn't have an Olympic counterpart.

Here is everything you need to know about the sport ahead of this summer's games:

How do you play goalball?

The game is played in silence and all outside noise, including cheering, ringtones, or coaching, is prohibited since the game relies heavily on listening and hearing.

The premise of the sport is to score goals as quickly and precisely as possible by throwing a ball with several noise bells inside in the defending team's goal while defending shots from the opposing team, the International Paralympic Committee's website said.

Each team has three players on the court in three standard positions of play, including right, center, and left.

To score, a player must roll or bounce the ball into the opponents' goal. The player with the ball will usually stand and orient themselves using sounds from teammates, touchlines, or their own goal's crossbar.

Defending players will align themselves in a staggered position, to avoid collisions, and will lay out on their hips and stretch their arms and legs when they hear the other team throw the ball to stop the ball from being scored.

The official rules of goalball can be found on the International Blind Sports Federation's (IBSA) goalball website here.

RELATED: Everything you need to know about boccia in the 2020 Tokyo Paralympics

How did goalball start?

Before goalball became the premier team sport for blind athletes in 112 countries, it started as a type of therapy for blind veterans, according to the United States Association of Blind Athletes' website.

The sport was originally created in 1946 by specialists from Austria and Germany as an effort to ease the rehabilitation process for World War II veterans who were visually impaired.

The sport has been part of every Paralympics since.

Who are the top goalball athletes currently?

Brazil, Lithuania, and China are currently the top-ranked men's global goalball teams, with Team USA ranked eighth in the world, according to the IBSA's goalball website.

Turkey, China, and Brazil are the top three women's global goalball teams, with Team USA closing in at fourth in the world.

See all of the top-ranked athletes from both the men's and women's divisions on the IBSA's goalball website here.

Watch 12 News' coverage of the 2020 Tokyo Paralympics. We're featuring Arizona athletes and other amazing stories from the Games on our 12 News YouTube playlist here. 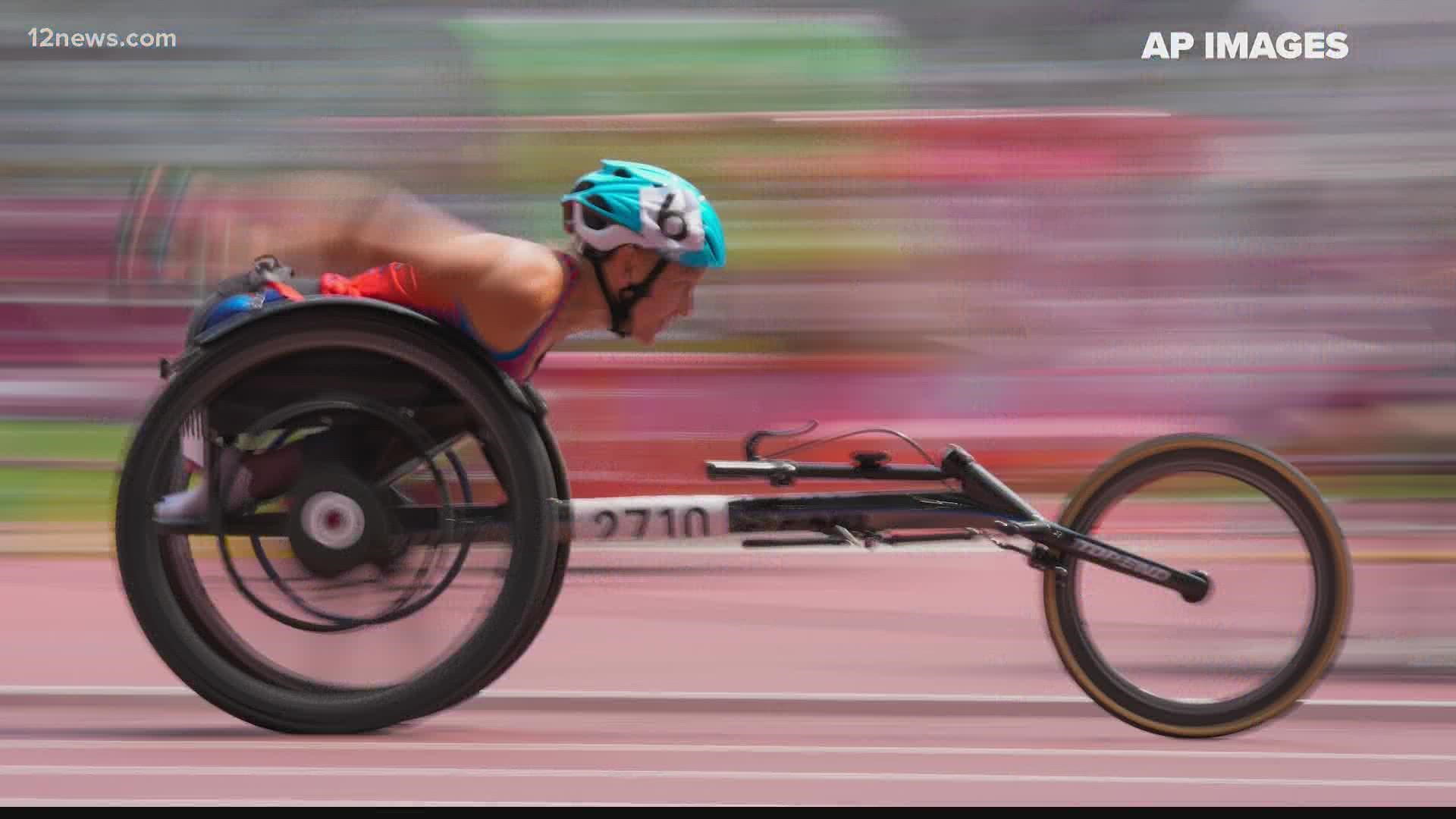