Frayer was a member of the GCU basketball team and passed away in a car accident just days after the team’s first-ever NCAA Tournament appearance. 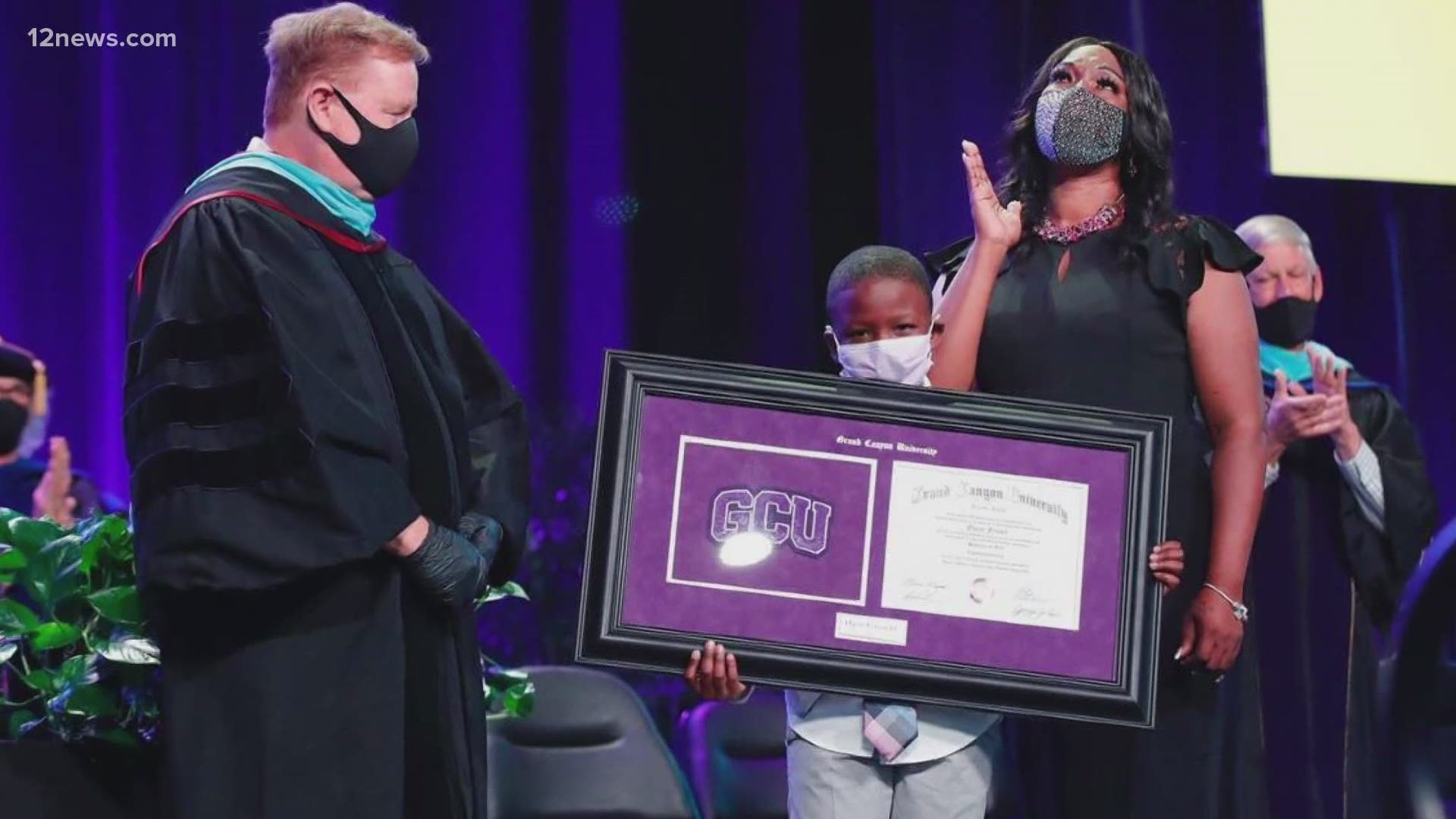 PHOENIX — It's a moment many parents dream of, seeing their child accept their college diploma.

That moment was taken from Oscar Frayer's mom, but she stood tall for her family and walked across the stage this morning to accept his diploma on her son's behalf.

Frayer was a member of the GCU basketball team and passed away in a car accident just days after the team’s first-ever NCAA Tournament appearance last month.

“She is such a strong woman and she knows that she raised a great son and he did so many great things in his 23 years,” said GCU basketball head coach Bryce Drew.” I think she also sees the vision of the family and that’s why she wanted her family there and she wanted her grandkids here so they could see this moment, feel this moment and motivate them to be successful like Oscar.”

During a time when students begin to embark on their purpose in life, his friends and family know Oscar has fulfilled his. Oscar became the first male in his family to graduate from college.

It’s a cause for celebration, not sadness.

“You think about legacy and the legacy now that he has started in his family,” said Coach Drew. “There's going to be times that we all reflect and we’ll be very sad, but, for right now, it was a goal that he had and he accomplished that goal.”

“You always gotta find the good, he’s graduating,” said his former roommate and teammate Sean Miller-Moore. “She got his degree for him, it’s a celebration.”

Oscar’s sister Andrea Moore-Frayer also passed in the car accident, leaving his nieces and nephews without their mom.

GCU President Brian Mueller announced that the University will grant scholarships to all four of Andrea’s children.