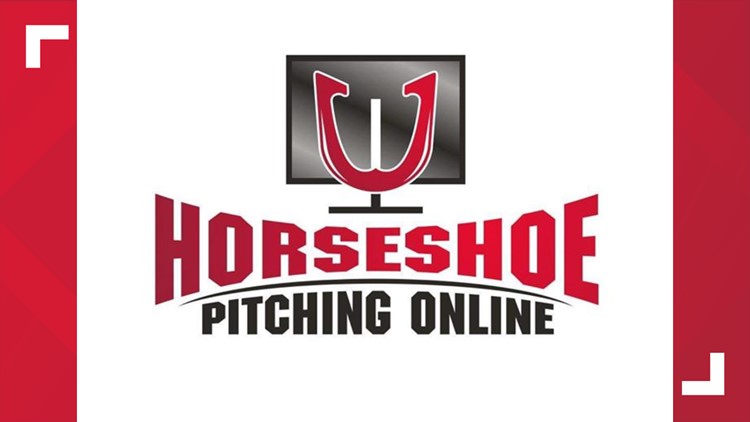 AVONDALE, Ariz — Sports leagues across the nation have all been forced to make the move to online play while "in-person" play is suspended during the coronavirus pandemic.

The NBA is broadcasting hour-long simulations through the NBA 2K20 video game, the NHL is doing the same through NHL 20, and NASCAR is using the iRacing simulation to hold races where real drivers compete "behind the wheel."

While "real" sports are put on hiatus, sporting leagues are trying to gain footing in the digital world. However, one league had already made digital their home back in 2018.

The Facebook group Horeshoe Pitching Online was created by enthusiasts in Salt Lake City, Utah back in Dec. 2018.

Today, the group has members from countries around the world, including South Africa, Norway, and Japan.

Steven Gibson
BREAKING NEWS FOR HORSESHOE PITCHERS: There are a lot of cancellations going on with large gatherings due to covid-19 outbreak. Although the World Tournament has not been officially cancelled, the...

Avondale couple Mathew and Antone Jackson were one of the first 20 members to join the group, and are considered two of the founding members.

Now they're admins and moderators of the group, with Antone also scheduling the group's tournaments every four weeks.

"We definitely had a learning curve the first few months," Mathew said. "But, as of now, I feel like it's a really well-oiled machine."

The concept is simple: prop up your phone, start a Facebook Live, and pitch your games. Judges watch where your shoes land and keep score throughout play.

The group has gotten a 400% increase in new members over the past week. At a time when many are quarantined in their homes, Mathew believes the page's popularity will only keep growing.

“It’s like competitive practice," Mathew said. "It can still be in your backyard, but it adds a little bit of a competitive element to it.”

If you've never pitched before but are interested in learning more, Mathew said you only need a few things to get started.

"At the bare minimum, you need two horseshoes, two horseshoe poles or stakes in the ground, and they need to be 40 feet apart," Mathew stated. "The idea is just to encompass everybody."

The "everybody" Mathew is referring to is not only their international members, but also anyone from any age bracket. The group has members ranging from 80-year-olds to those who are 18 and under.

In fact, Horseshoe Pitching Online has a sister account where their youth members can learn more about the sport and even crowdfund to help pay for equipment.

The group also offers an unofficial mentorship program, where those new to pitching can learn from state champions who are also members.

The members of the group have become a generous, tight-knit family extending the globe, according to Mathew.

"We had a member who stopped pitching for awhile due to diabetic issues and having to get surgeries," Mathew said. "The group raised and donated a bunch of money for his medical bills."

The best advice for first-time pitchers? Just give it a try, Mathew says.

"You don't have to wait for a tournament," Mathew says "You don't need friends who know how to pitch. Find a local park, check out some horseshoes, and give it a try."

Anyone interested in starting their horseshoe pitching career or just looking for some competitive entertainment during the pandemic is encouraged to join.