Hear from Camden Gianni on his journey and also the athletic trainer who brought him back to life. 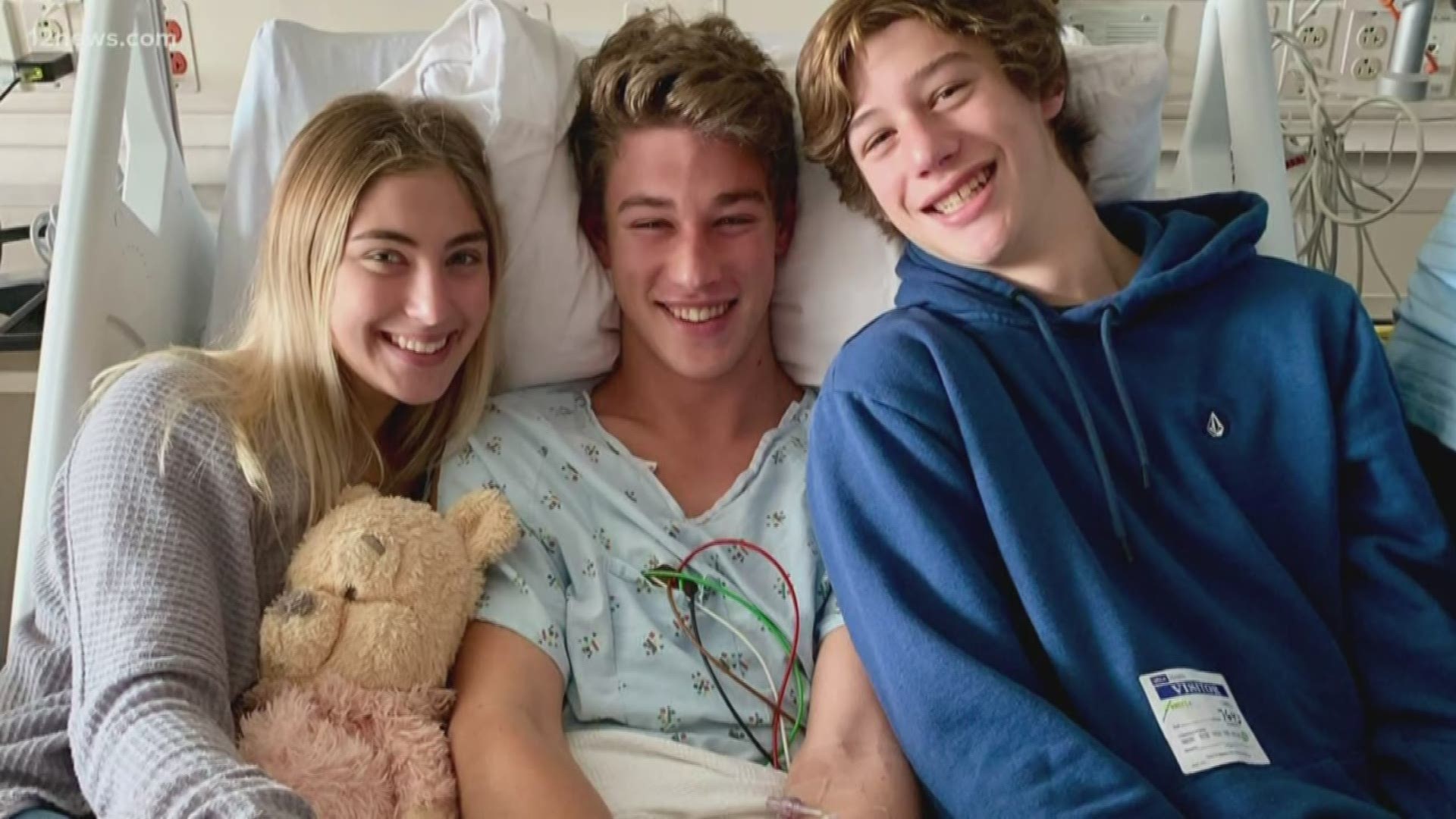 PHOENIX — It’s hard to imagine what it would be like to go from being a fully healthy college athlete, to being told you need open-heart surgery.

That was life for GCU volleyball player Camden Gianni, who was brought back to life by the team’s athletic trainer.

“I just remember going to practice that morning and everything was fine,” Camden recalls.

What started out as a normal day for GCU volleyball player Camden Gianni, would turn into a traumatic one that forever changed his life. Camden went into cardiac arrest during practice and experienced multiple seizures.

“I started looking for a pulse and I didn’t feel one,” said GCU athletic trainer Deborah Carter.

Carter asked the team manager to grab the AED, and when they hooked it up, it said shock advised.

“We did about four rounds of CPR and when I went to start the fifth one, I felt his heart kick up on my hand.”

Camden survived, but would need open-heart surgery. Doctors would later find out he was living with a birth defect, an anomalous coronary artery.

“Basically from that night to when I had surgery, I was very fearful every night going to sleep,” said Camden. “I think I would wake up every morning and cry in the shower for two minutes every single day for the first two weeks after it happened because I didn’t know what was going to happen.”

A year later, Camden has returned to the court with a new outlook on life and a greater bond with the woman who helped save it. Deborah now wears a necklace that says ‘Camden plus one,’ which was gifted to her by Camden.

“From now on, we’re going to be best friends,” said Camden, who has leaned on Deborah and his faith to help get him through the experience.

‘Not my will, but yours, be done,’ is the Bible verse that Camden has embraced.

“That was kind of the biggest thing that got me to where I am today, just Trusting God’s plan and everything. No matter what the outcome is, there’s a bigger plan to it all.”

Camden played at home for the first time over the weekend.