Phoenix's Jade Carey and Gilbert's MyKayla Skinner completed their first round of the most elite competition in the world. 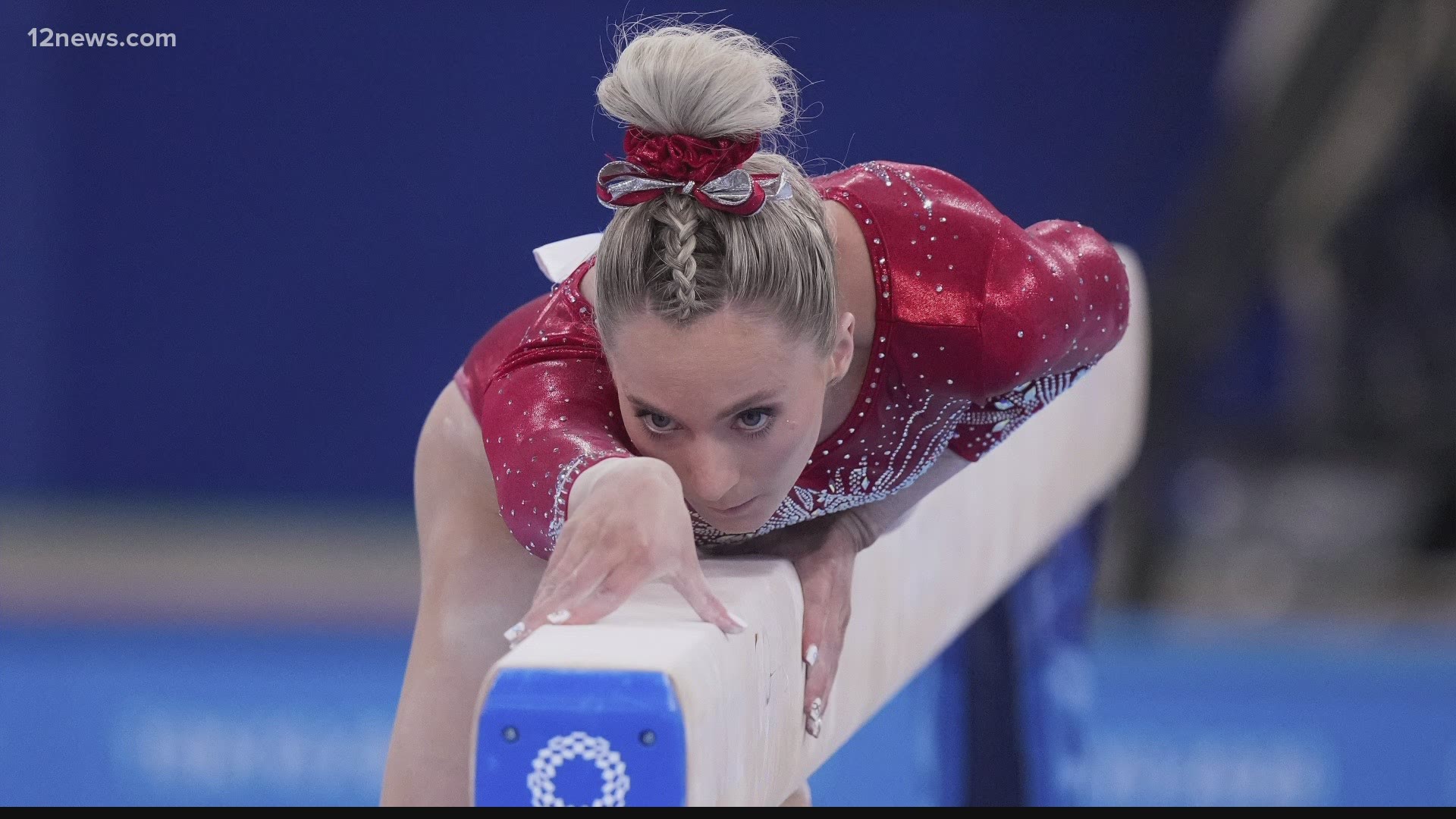 TOKYO, Japan — Phoenix's Jade Carey and Gilbert's MyKayla Skinner completed their first round of the most elite competition in the world.

Danielle Greenberg, Jade's mom and Kim and Chelsea Skinner, the family of MyKayla, spoke about the Olympians and what's next for each of them after Tokyo.

"The watch party was amazing. My whole body hurts just from laughing and screaming and being happy," Danielle said.

She's simply overjoyed by Jade's outstanding performance, particularly in vault and floor exercise as Jade advances to the finals.

"I did speak to Jade last night. She was so happy, I mean the happiest I've seen her in a long time. She felt good, she said, I guess today was the day to have my best day," Danielle added.

Jade qualified as an individual competitor in the World Cup Series International to secure her spot for the Tokyo Olympics in February 2020. She now moves on to the finals.

However, Skinner's Olympic appearance stops here as the "two per country rule" is implemented. So, while Skinner's performance was ranked fourth overall in the world, she will not advance as the top two from the United States.

Her mom Kim and big sister Chelsea were glued to the coverage at a Valley watch party but like MyKayla, they're disappointed in the outcome.

"It was amazing, she did wonderfully. She had a little struggle on the vaults tonight, but I think everything else was amazing," Kim said.

1 / 13
AP
Jade Carey, of the United States, performs on the balance beam during the women's artistic gymnastic qualifications at the 2020 Summer Olympics, Sunday, July 25, 2021, in Tokyo. (AP Photo/Gregory Bull)

Both families including MyKayla's big sister Chelsea hosted watch parties with friends and family, to show support for their athletes, overseas.

"Oh, it's always the best feeling, I just love watching her, I just wish we could be there. Tonight, was something really special, it's like something my kids and all the kids here, a memory they'll remember forever.

The life of an athlete is something special, it's something most people dream about, and to be her sister and be on this journey with her and watch her get this far, it's something I'll always remember forever. We're just so proud of her. No matter what she did tonight, she hit all four routines and looked beautiful and it's just a great night."

MyKayla will stay in Tokyo as an alternate and Jade will advance to the finals next weekend.