Trust is key for Paralympian and his guide

Jerome Avery is David Brown's eyes on the track. 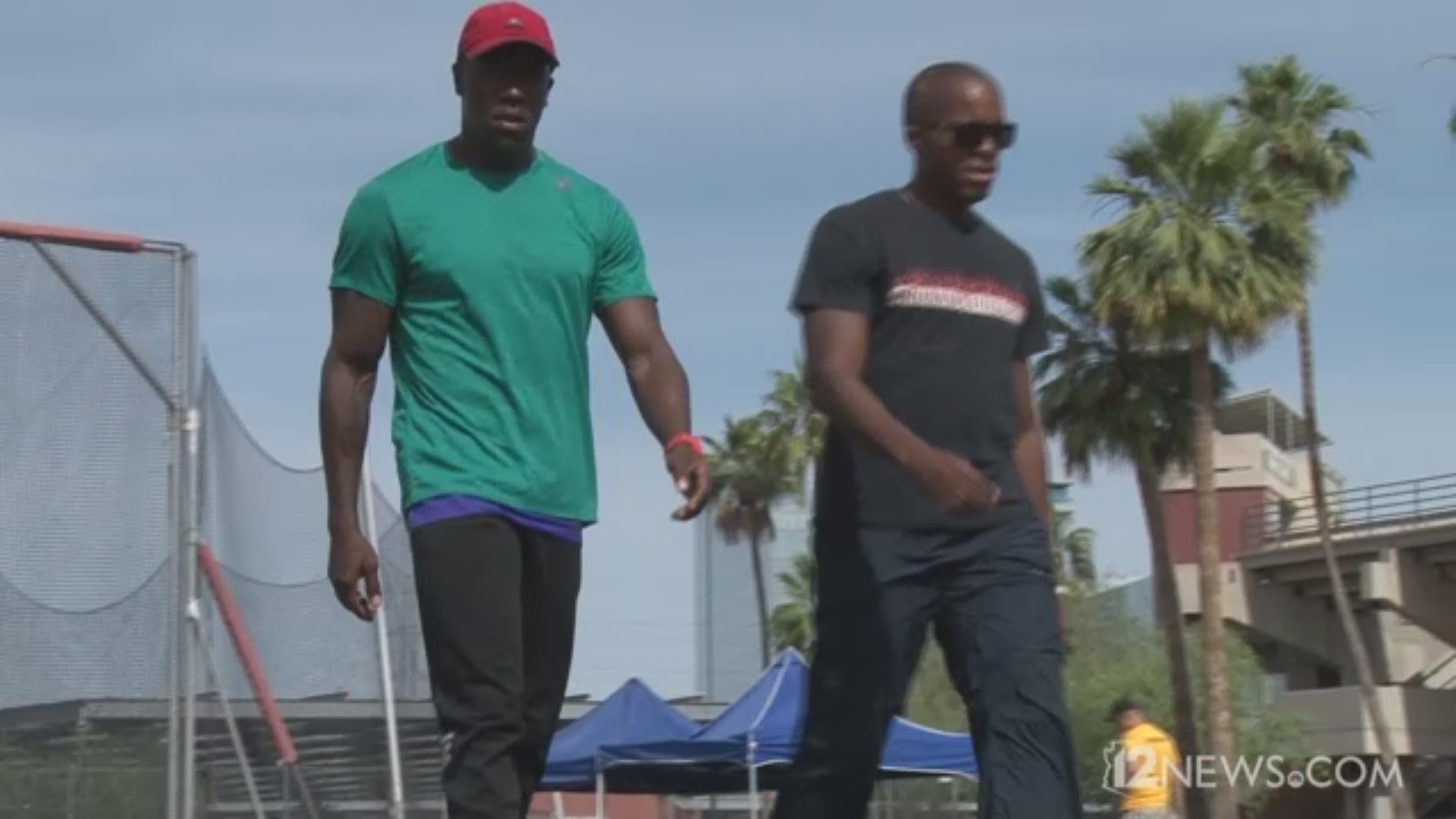 TEMPE, Ariz.- Being an Olympic sprinter is tough.

Now imagine being an Olympic sprinter that can't see the track you're running on. That's the case for Paralympian David Brown.

Brown is blind, but does have a set of eyes on the track.

"My guide is pretty much my eyes, and he's like the voice in my head," said Brown.

His guide and coach is Jerome Avery. Avery was once an Olympic hopeful, and has served as a guide runner for Team USA since 2004.

Arizona We Are On Our Way! Race At Arizona State University In Tempe Friday 5:26pm In The 200m Which Is A Straight Final And Saturday 10:00am Prelims And Finals At 5:34pm For The 100m. Come Check @drb1019 And Me Out If You Are In The Area. #TeamBrAvery #guiderunner #guidlife #paralympics #desertchallenge2016 #desertchallenge @dickssportinggoods #gritbeforegold #roadtorio

A photo posted by Jerome Avery🏃🏿 (@_jeromeavery_) on

He works with Brown full-time now, and the two have built a trust and fostered a relationship that has taken them to the top.

"I call it painting the picture, basically I know he can't see it, so everything, every layout, every track is built a little bit different," said Avery. "I always help him visualize and see where we are on the track."

The two run tethered together at the hand, and Avery gives Brown audio feedback as to where he is on the track.

A photo posted by Jerome Avery🏃🏿 (@_jeromeavery_) on

When you're as fast as Brown is though, you don't need your guide to tell you you're winning the race.

"Races like the 200-meter, if I'm on the inside, I can hear myself passing people," said Brown with a smile.

The duo competed in the 2012 Paralympic games and took the gold in the 100m and 200m at the U.S. Paralympic Track and Field Trials.

Now their goal is Rio, and they're well on their way.